For public health, a momentous collision and missed opportunities 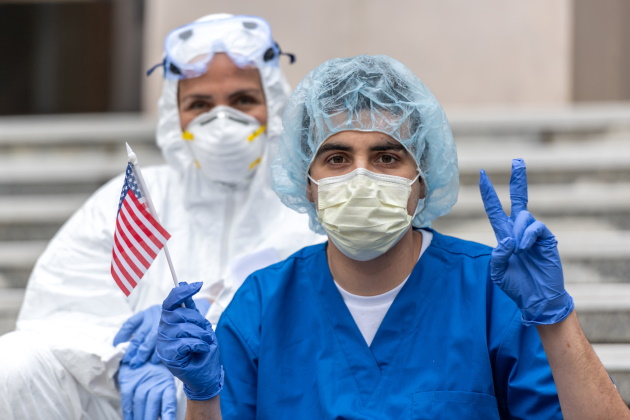 The COVID-19 pandemic took a new and surprising turn as October began when the President of the United States tested positive for the virus, as did many of his associates and direct contacts. At a volatile time during a highly charged election cycle, more than 1 million dead worldwide, and a mounting number of infections in countries around the world, the collision of this novel coronavirus with the leader of what some dub “the only superpower on earth” is one that cannot be brushed aside.

Can this direct meeting of the virus and such an influential leader deliver an outcome other than more missed opportunities and misinformation?

“Don’t Be Afraid of COVID”

Discharged from Walter Reed Army Medical Center after four hospitalized nights, the President quickly tweeted, “Don’t be afraid of COVID. Don’t let it dominate your life.” One might imagine those 11 words sending chills down the spines of healthcare providers, infectious disease specialists, and public health experts who were likely hoping for a humbler, more unifying message to be delivered to the American public after their highest elected leader’s close brush with this existential enemy.

In the face of a new surge of cases nationwide amidst the oncoming flu season, we are indeed preparing for all eventualities, and this presidential missive was an extremely unfortunate, poorly timed, and potentially highly deleterious miscalculation.

Fear of COVID-19 is, for all intents and purposes, a healthy fear, especially as the numbers of sick and dead continue to expand. A lack of unified messaging has been the United States’ tragic Achilles’ heel since the virus reached our shores, as has the politicization of mask-wearing and the mocking of the practice when citizens truly need to be encouraged to follow clear guidelines backed by irrefutable evidence.

Fear of the coronavirus and the potential for death can galvanize thoughtful citizens to do their due diligence by wearing masks, practicing social distancing, traveling only when essential, limiting close interaction to select family members and/or friends, and otherwise being prudent vis-à-vis avoiding contracting and spreading the virus.

When politicians and other figures of influence sow confusion, stoke mistrust in science, and undermine the efforts of those working tirelessly in the fields of science, medicine, and public health, a different kind of fear sets in: the fear, on the part of those who understand the science, that their work to protect public safety will continue to be hampered, if not crippled.

The willful encouragement of ignorance leads to misdirected anger, suspicion, and groupthink that directly oppose the judicious employment of intelligence and facts. And when elected leaders choose to fan the flames of ignorance and suspicion in the face of an existential threat such as this virus, this cavalier dismissiveness spreads like necrotic tissue. Something is indeed rotten in Denmark, as Marcellus utters in “Hamlet,” and the peddling of misinformation and dismissive attitudes towards our viral common enemy is endangerment of the highest order.

We all have an enormous responsibility to do our part in this all-out war on the novel coronavirus that has a consistently tenacious and universal hold on humanity. Countless citizens and public servants of all stripes will most certainly fall on the right side of history by using science, facts, and innate intelligence as their guide to making judicious choices, engaging in sensible behavior, and working as part of a united front that will, in the end, overcome the ravages of this pandemic and excise the aforementioned necrosis of ignorance.

Intelligence must trump ignorance in the end, and if a collision with the virus itself cannot change the irresponsible behavior of those in power, then power must be shifted so that reason can once again rule the day.