For now, a lack of transparency for the Paycheck Protection Program 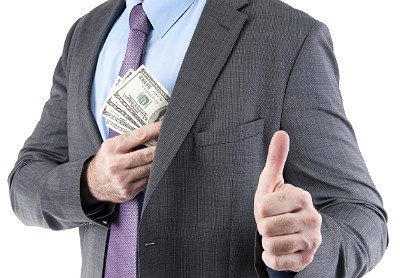 The PPP has received criticism for giving money to larger firms instead of the smaller businesses it was supposed to save.

How is Uncle Sam’s Paycheck Protection Program (PPP) helping small firms with forgivable loans during the COVID-19 pandemic that has closed businesses across the U.S. and put tens of millions of Americans out of work? The answer is unclear.

On that note, we turn to Treasury Secretary Steven Mnuchin. He wants to prevent the taxpaying public from knowing PPP borrowers’ names. They are “confidential” and “proprietary,” Mnuchin said in sworn testimony to the Senate Committee on Small Business & Entrepreneurship last week.

Frank Knapp, head of the South Carolina Small Business Chamber of Commerce, is not buying what Mnuchin is saying.

“The only businesses that don’t want to be identified as receiving a PPP loan are the ones that didn’t deserve them,” Knapp told MultiBriefs via email, “like the publicly traded companies and big national chains. The Trump administration’s lack of transparency will raise more questions about how the Small Business Administration and Treasury Department did a poor job of writing the PPP loan rules and administering the program.”

“Good Jobs First, in its Subsidy Tracker database, has been posting company-specific data about 137 federal incentive programs—including five SBA loan programs—for five years, many of them originally posted at USAspending.gov,” LeRoy said in a statement. "We have been disclosing deal-specific records from more than 900 state and local incentive programs at the same website, with no harm whatsoever to recipient companies.”

Consider the transparency of President Obama’s 2009 American Recovery and Reinvestment Act, LeRoy said. With that federal fiscal policy to stimulate the economy during the depths of the Great Recession in mind, Rep. Katie Porter, D-Calif., has introduced a bill in the House to require public disclosure of all PPP loan recipients and award amounts.

“The PPP is the last line of defense for millions of American workers facing the prospect of unemployment, and a lifeline for millions more hoping to be rehired in the near future,” Rep. Porter said in a statement. “Unfortunately, we have extensive evidence that wealthy corporations, with executives making millions of dollars, are getting these loans. Full transparency of PPP data is the only way to quickly and fairly show who is using this program to line their pockets.”

Secretary Mnuchin took to Twitter to strike a conciliatory note to calls for PPP transparency. “I will be having discussions with the Senate@SmallBizCmte and others on a bipartisan basis to strike the appropriate balance for proper oversight of #ppploans and appropriate protection of small business information. @SBAgov.”