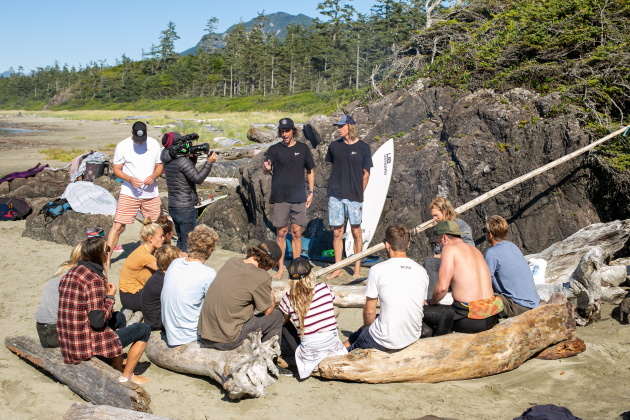 Hans and Nick Schippers teach a class on the beach.

World Oceans Day is on for 2020! Although there are fewer beach cleanups and more virtual events scheduled than usual, you can still join forces with people around the globe to celebrate our amazing oceans on June 8 — and keep the momentum going year-round.

For this article, I teamed up with my 15-year-old daughter Ayla who’s become an ocean expert and advocate over the past couple years. Her experience speaks to how life-changing, engaging and fun environmental education can be.

Along with having a super dedicated teacher who gets students out to do fieldwork and hosts regular guest speakers, she’s attended two international youth conferences to address ocean plastic pollution and worked on local campaigns. Here’s inspiration from a pair of out-of-the-ordinary educators Ayla met on her journey.

Focus on one way to protect our big watery playground

A mere two weeks before lockdown to mitigate the spread of COVID-19, Ayla joined about 150 kids from around the world for the 10th annual Algalita Youth Summit on plastic pollution at the Ocean Institute in Southern California.

“Being surrounded by people who share the same desire to protect the most valuable thing on the planet really helped me know that I am not alone in this,” says Ayla, who attended the summit with two teachers and five other kids from her school, including her younger sister. “It’s an amazing experience, and the idea of teaching kids so they can go on and teach their families and friends is great!” 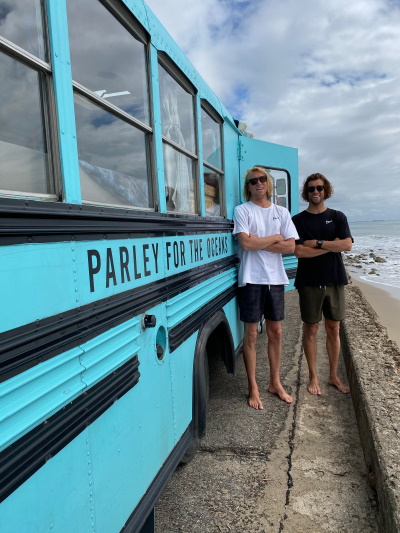 One of the curiosities at that summit was a restored light blue school bus belonging to lifelong surfers Hans and Nick Schippers. Nearly two years ago, the brothers began traveling North America to educate school children about taking action for our oceans. Their epic voyage, called Schroadtrip, is sponsored by Parley for the Oceans, best known for its collaboration with Adidas to make over 18 million sneakers out of ocean plastic.

With the original plan of traveling to the girls’ school now impossible, last week the Schroadtrip brothers paid a virtual visit via Zoom.

They shared with students that they chose to fight plastic pollution after seeing it appear in remote places they’d visited and surfed as children. They felt compelled to create a brighter future for our oceans, what Hans calls the world’s greatest playground.

For educators, Hans and Nick recommend focusing on one issue instead of attempting to attack all the problems threatening the health of our oceans.

Today’s world health crisis emphasizes how much we depend on healthy oceans — and their health depends on us more than ever.

“Our ocean is facing more threats now than at any time in human history, and these threats are interacting with each other in new and scary ways,” says Will McCallum, head of oceans for Greenpeace UK, who just returned from sailing pole-to-pole. What he witnessed during his yearlong voyage is evidence that our oceans can’t wait.

That said, getting young people onboard to protect our oceans and other waterways doesn’t necessarily have to be heavy. One reason the brothers hone in on single-use plastic pollution is because it’s a tangible problem with do-able actions that young people can be successful at. 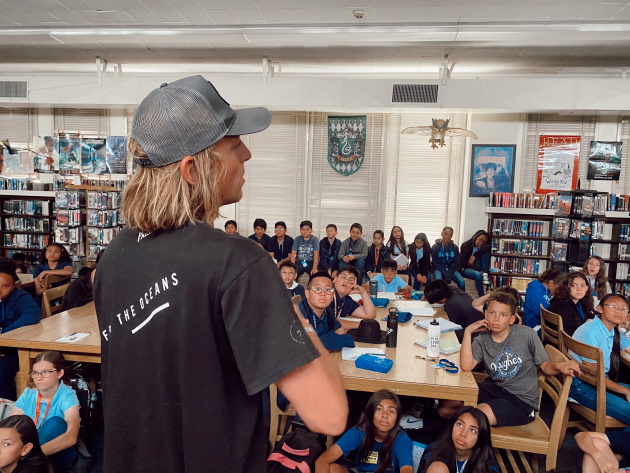 Hans and Nick teach a class

Here’s one Nick suggested on the recent Zoom call, “What we would really challenge you guys to do while you're at home and during quarantine right now is write down a list of everything that you used today that's plastic and see if that plastic is designed to be used one time, or if it's designed to be used multiple times.”

On Instagram, they post “Take-action Tuesday” challenges like these weekly. The structure behind these activities is tied to one huge, yet invisible reason for promoting healthy oceans — the very air we breathe. Instead of using the familiar three Rs — reduce, reuse and recycle — the Schippers encourage students to Avoid, Intercept and Redesign, or AIR. The acronym fits perfectly since the oxygen in two out of every three breaths we take originates in our oceans.

If you’re wowed by that stat and want to dig into the science behind it, National Geographic published an intriguing science activity you can do virtually with your classroom.

Inspire young people to be vocal about protecting our oceans

“We've taught about 17,000 students about this issue. And the reason we do this? It’s because you guys actually have the most powerful voice in the entire world,” shouted Nick in the call. He followed with an inspiring example.

Last year, a bill to ban single-use plastic utensils in Hawaii by 2022 was passed after four years of trying because a big group of middle school and high school students from all over the state showed up and voiced their support for it.

About 25% of the schools the Schippers have visited have taken concrete action. While something like banning single-use utensils or Styrofoam lunch trays in the cafeteria often involves district approval which means dealing with some bureaucracy, these kind of obstacles can be seen as opportunities for students to get involved and practice the democratic process. In many, cases with regular communication over time, students have implemented these changes in their schools.

Other actions they've seen students take include reaching out to companies that make high-end reusable water bottles directly and writing a letter or a grant to get water bottles donated to their school. It’s something that they can do with their teacher and it doesn’t take financial resources.

Meeting kids where they are and inspiring awe

Not all kids are interested in saving oceans, and it’s important to meet them where they are.

“When connecting a school community, maybe one that’s high poverty or conservative, we aren’t looking to create any political barriers with the plastic pollution conversation,” explains Hans. “Here we keep it as simple as possible.”

Simple may be introducing the issue of plastic pollution to them. Doable action could be encouraging reusable water bottles or trying to get kids outside into their local natural area or park to observe what's ending up there in terms of plastic.

On the recent call, Nick gave students a last challenge, “I’d really challenge you guys to think about a place that means a lot to you, maybe that's a beach, maybe that's a park or somewhere that you go with friends and family then ask yourself why it's worth protecting that place.” 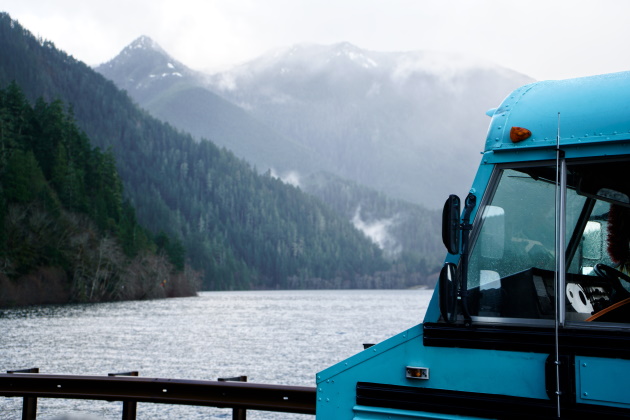 Wrapping up, he paraphrased a quote from “Blue Mind” by Wallace J. Nichols, another speaker at Algalita, “The most important thing that we can do, as humans, is get some awe in our lives and not the type of awe you get from your Instagram feed or some crazy video you see, but the type of awe that you get from standing next to a waterfall, or watching a really big swell roll onto the coastline. And that type of awe can really reconnect us to nature and help us understand the importance of protecting it.”

That seems a doable challenge to offer students and ourselves for this year’s World Oceans Day.

Ayla Reguero Koch is a 10th grade student who actively enjoys circus performancing, dance and painting. She is passionate about nature, especially the ocean where she spends a great deal of her free time. Over the past two years, she's traveled to two youth conferences to combat plastic pollution in the world's oceans and has advocated for alternatives to single-use plastic in her community. For the future, she aspires to be an architect committed to sustainable building.