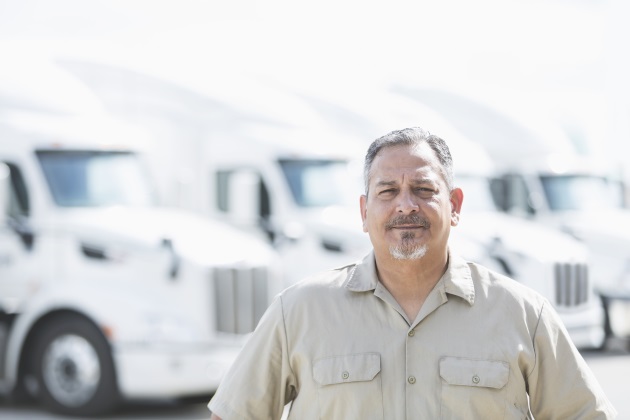 Truck driving is known as one of the world’s most dangerous professions.

Yet, drivers of large, heavy trucks must regularly meet tight deadlines set by shippers and receivers to deliver goods to warehouses and other customers on time, and fatigue can make truckers’ jobs both difficult and risky. In fact, according to a federal study by the National Highway Traffic Safety Administration, 13% of commercial motor vehicle drivers experienced fatigue at the time of their crash on the road.

To help keep fatigued and drowsy drivers of commercial motor vehicles off the road, the Federal Motor Carrier Safety Administration (FMCSA) sets hours of service (HOS) regulations for truck drivers. HOS rules control when truckers can drive each day, the maximum number of hours they can drive in a day and when they have to take breaks.

But this spring, the FMCSA presented its final rule on updates to the HOS rules to give drivers more flexibility.

“America’s truckers are doing a heroic job keeping our supply chains open during this unprecedented time and these rules will provide them greater flexibility to keep America moving,” U.S. Transportation Secretary Elaine L. Chao said in a statement.

The FMCSA’s final rule updates the existing short-haul exception, adding two hours to the maximum on-duty hours allowed, from 12 hours to 14 hours, and bumps up the air mile radius from 100 to 150 miles.

The final rule also gives drivers more flexibility over their required break times. Under the new rule, drivers must take a 30-minute break if they drive eight straight hours without a 30-minute interruption, and they can use their half-hour break either for off-duty time or to perform on-duty tasks that don’t involve driving.

Moreover, the new rule also changes the sleeper berth exception. Drivers can break up the 10-hour off-duty requirement into two periods such as eight hours in the sleeper berth and a minimum of two hours of rest inside or outside of the sleeper berth or they can opt for a seven- and three-hour split. The split periods, however, must add up to 10 hours and can’t count against the maximum 14-hour driving window.

Another modification has to do with how truckers manage under adverse driving conditions, which can include unexpected inclement weather conditions like fog, icy roads, or a heavy snowfall or a road shutdown due to a traffic accident. The FMCSA’s modernized rule will let truckers experiencing adverse conditions to expand their maximum daily drive time by up to two hours so they can either park and wait out the conditions or drive slowly.

The FMCSA says that by allowing more flexibility in the HOS for the trucking industry, the changes will produce a cost savings of $274 million for the U.S. economy and for consumers. The FMCSA reports that trucking industry in the United States employs some seven million people.

The industry, including groups like the American Trucking Associations, the largest national trade association for the trucking industry, and the Owner-Operator Independent Drivers Association (OOIDA), have supported the FMCSA’s proposed rule change. The OOIDA, in fact, called for changes to the rules in 2018 during the comment period.

In a 2019 statement, Todd Spencer, president of the OOIDA, said, “Truck drivers know better than anyone when they should take a break or when road conditions are too dangerous. They ask for flexibility not only for themselves, but also for the safety of all highway users.

“For too long we’ve allowed people that have never spent time in a truck to dictate a driver’s daily schedule,” Spencer said. “This has to stop.”