FAA seeks to take back the skies from rogue drones 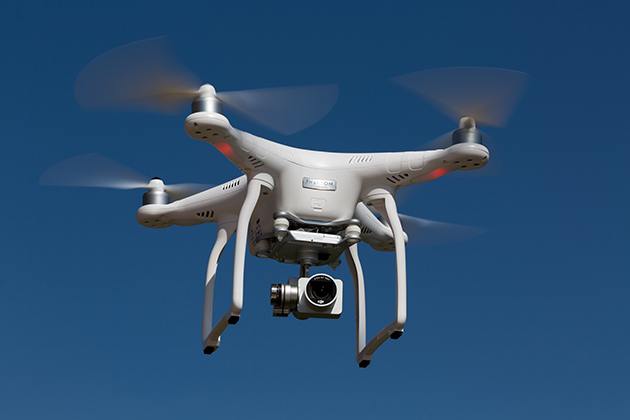 The FAA is cracking down on unregistered drones.

For the past few years, the Federal Aviation Administration (FAA) has had a growing problem with unidentified flying objects. Not the kind with little green men, but rather unmanned (and unregistered) aerial vehicles (UAVs) — “drones” for short.

Originally designed for military applications, drones are now used widely for a variety of jobs, including aerial surveillance, bridge inspections, wedding photography, package delivery, and any other situation in which eyes in the sky or quick transport are required.

Beyond that, the FAA estimates there are approximately 1.5 million registered drones flying around the United States, and that number will only grow as the technology becomes more sophisticated and less expensive for consumers.

For all the good that drones can do, they also bring some dangers with them, especially when piloted by ignorant or irresponsible owners. In 2018, firefighting crews in Colorado (not for the first time) were forced to suspend aerial operations after a civilian flew an unauthorized craft into the airspace to get a closer look at an ongoing wildfire. And airports around the world have been forced on multiple occasions to delay or divert flights due to unexpected drone activity nearby. (If you think that’s an overreaction, consider US Airways Flight 1549, which was forced to make an emergency landing in New York’s Hudson River after a flock of geese struck the plane in flight.)

So how does the government keep track of more than a million remote-controlled flying machines? The answer, at least until recently, is “not very well.”

While drones have been available for civilians to purchase for more than a decade, it wasn’t until 2015 that the FAA made drone registration a requirement, also stipulating that any drone must have a unique identifying number marked somewhere on it that can be traced back to its pilot. While many commercial and hobbyist users have complied with this rule, it’s done relatively little to stop certain users from engaging in disruptive flights.

Now, the FAA is stepping up its efforts. Late last year, the administration rolled out a long-awaited proposal that would allow it to track drones in real time through a remote ID system. According to the proposal, all drones that fall under the rule — which would be most commercial and hobbyist models — would be required to broadcast their information over the internet to the FAA and directly from the machine itself. Registered drones would have three years to comply with the rule from the time it goes into effect.

While the FAA calls the remote ID rule “a critical element for building unmanned traffic management capabilities,” the industry is not as optimistic, particularly when it comes to privacy concerns and costs. In a response published on its website, popular drone manufacturer DJI said that while it supports remote ID, the current proposal misses the mark.

“[W]hat if instead of just a license plate, your car was also legally required to be connected via the internet to a privately run car-tracking service that charged you an annual fee of about 20% of your car’s value, and stored six months of your driving data for government scrutiny? Would you think the government had gone too far?” Brendan Schulman, VP of policy and legal affairs at DJI, wrote.

Even those who support the proposal’s aim have complaints.

“Our main concern is the implementation period, which is needlessly up to 3 years. Until remote ID is implemented, the American public will be deprived of many of the vast safety, humanitarian and efficiency benefits of commercial drones,” said Lisa Ellman, executive director of the Commercial Drone Alliance, in an interview with CNBC. “We need implementation yesterday, not 3 years from now.”

The comment period for the proposal closes on March 2.

Regardless of the specifics, everyone seems to agree on one point: Increased accountability is necessary to keep our skies safe, especially as drones become a bigger part of American life.

“Drones are the fastest growing segment of transportation in our nation and it is vitally important that they are safely integrated into the national airspace,” said U.S. Transportation Secretary Elaine L. Chao.