Experts indicate small business debt could be worse than anticipated 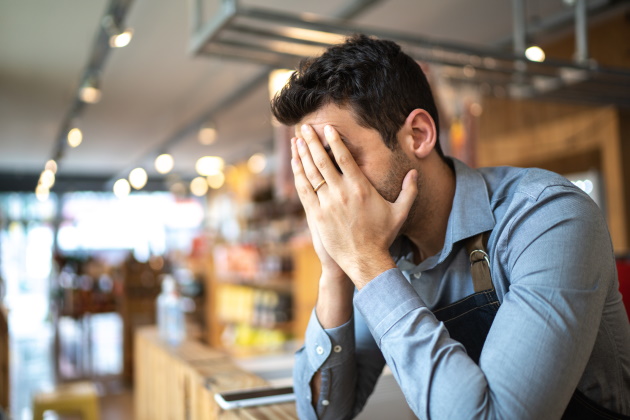 Recent studies by the Society for Human Resource Management and economic experts at the University of Chicago have predicted that debt levels for small businesses might be even larger than originally anticipated.

The coronavirus pandemic, while it abruptly shuttered most businesses in early March, was originally met with optimism by economists. Most models showed a V-shaped economic pattern, indicating a fast and smooth bounce-back once the economy was allowed to open. But as the days have continued to pass, those same experts are seeing signs of an economic recovery that is more closely akin to the 2008 recession.

“There will be a delay in the comeback and ultimately a slow recovery," Larry Adam, chief investment officer with Raymond James, said in an interview with CNN Business. “There are some businesses that will not survive. There are so many psychological barriers that people have to overcome before things return to normal."

For small businesses, this translates to more debt than previously thought. The loan program that was supposed to prop up the small business community for the duration of the pandemic is running thin. According to The New York Times, state and local governments are beginning to see signs of a funding issue that could take years to remedy.

“In this downturn, there is the looming collapse of many small businesses… (in) a crisis in the funding of state and local governments that will most likely take years to play out,” Neil Irwin, an award-winning economics author, said.

But beyond that, the debt will most likely incur even after normal business operations resume. The psychology of the customer, as Adam calls it, will most likely be altered and the typical revenue sources may be changed permanently for many small businesses. Life back to normal may never actually be normal.

It is a harsh picture to paint, and not everyone would agree with it. Michael Wilson, the chief U.S. equity strategist at Morgan Stanley, argues that there is just as viable a case for the opposite to occur.

“We will see a V-shaped recovery for two reasons — the historic steepness of the decline in activity, and the unprecedented policy response,” Wilson said.

While the recovery model is up for speculation, the numbers of the day are not. The jobs report for April was the worst since the Great Depression, amounting to 20.5 million lost jobs, according to the Bureau of Labor Statistics. For small businesses, the amount of debt already taken in has measured in at $300 billion. The normal annual small business loan rate is $600 billion over 12 months, according to the American Action Forum.

Jerome Powell, the chairman of the federal reserve, refused to comment on speculation or small business debt. What he did say, however, was a blunt analysis that pointed against a buoyed economy.

“We’re going to see economic data for the second quarter that’s worse than any data we’ve ever seen,” Powell said. “This is the period as well that carries the risk of new outbreaks of the virus. (Current economic forecasts are) highly uncertain.”