Experiment reveals the ugly side of open-source journal industry 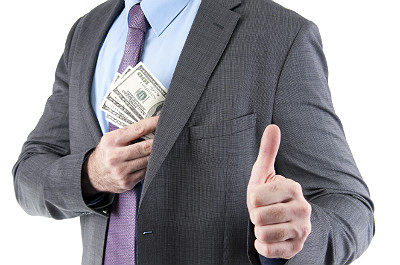 Over the past 10 months, Harvard researcher John Bohannon, Ph.D., has created more than 300 versions of a phony research paper describing the anticancer property of a chemical extracted from a lichen. Each paper was authored by a different made-up researcher who came from academic facilities that don’t exist.

Despite Bohannon’s efforts to make the papers flawed and unpublishable, nearly 160 medical journal publishers accepted the paper for publishing, despite each one claiming to have a peer review process.

It was never Bohannon's intent to actually get the papers published. Rather, his goal was to expose the growing trend of predatory practices among open-source journal publishers that charge fees to publish an author's work. He published his findings Oct. 4 in the journal Science.

The highly profitable open-source journal market is one that has exploded over the past couple of years. They operate on a business model of charging authors a publication or processing fee so they can make the research available for free to anyone online.

As the model grew in popularity, unscrupulous publishers recognized an opportunity for deceit and easy money. Hundreds of publishers with thousands of journal titles are operating under this business model.

Bohannon says his findings are not an indictment on the entire open-source journal model, or even those that charge authors fees to publish their work. There are many legitimate publishers who take the peer review process seriously. But his findings show there's definitely a problem.

Of the more than 304 submissions he sent out for publication, 157 publishers accepted the bogus paper. Many of those attached an invoice to the acceptance letter — one as high as $3,100. Bohannon’s paper was rejected by 98 publishers. The remaining journals were either abandoned by their creators or had not responded.

After he received letters of acceptance, Bohannon requested the paper be pulled. He sent a letter stating "a serious flaw in our experiment which invalidates the conclusion." He said about half a dozen still published the paper, despite his request. One publisher said it would not pull the paper unless Bohannon paid an additional fee.

Many of the emails were unprofessional and full of grammatical errors, and their websites had the same look and feel, he said. He started keeping a folder of these letters and as they started to build, an ugly side of the clinical journal world started to reveal itself, and it seemed to be growing.

On his personal blog in 2010, Beall published a list of about two dozen publishers he considered to be predatory. The list didn't get much attention, but he continued to track the trend. By 2011, the list had grown considerably, and he published an updated version of the same list.

After the updated list went public and gained some attention, he started receiving emails from fellow researchers who had horror stories about certain publishers. They told him of publishers who accepted their papers, then followed the acceptance letters with invoices and harassing phone calls and letters to collect the fees. Beall’s most recent list, published in December 2012, includes 243 predatory journal publishers and 126 individual journals.

Beall says to make his list, publishers or journals must meet two criteria: lack of transparency and deception. It’s actually hard to make the list, he said.

Bohannon said many of the journals targeted in his experiment try to mask their true geographic location. One-third of the journals were based in India, making it the largest base for open-source journals. Some of the journals are based outside the United States, but are owned by an American company.

Beall agrees that not all open-source publishers are untrustworthy, and the good ones serve a great purpose. He also says not all papers published by predatory publishers are bad. "There is good research published in very bad journals because they trick people," Beall said.

But there is also bad research from people who care only about increasing their publication count that makes its way through, creating the potential for bad consequences. Beall said research is often used by attorneys, journalists and public policymakers.

But the most serious implication of bad research is it being implemented into clinical practice. And the reach of bad science can be endless since much of research is cumulative, Beall said. One "poisonous study" can snowball and make its way in to subsequent studies, poisoning them, as well, he said.

The thing that concerned Bohannon the most about his fake research being published was that the last line of his paper didn't seem to raise any eyebrows with the publishers. The last line read: "In the next step, we will prove that molecule X is effective against cancer in animal and human. We conclude that molecule X is a promising new drug for the combined-modality treatment of cancer."

"If the scientific errors aren't motivation enough to reject the paper, its apparent advocacy of bypassing clinical trials certainly should be," Bohannon wrote in the Science article.

Because the industry is so new, Bohannon hopes awareness will help solve the problem before serious consequences arise. But as long as these outlets exist, they could be used as a platform for scientific misconduct such as an entrepreneur trying to get an unproven drug onto the market who uses these journals as a platform to publish misleading or fake research, he said.