Everybody’s getting their temperature taken, but why is nobody’s actually 98.6 degrees? 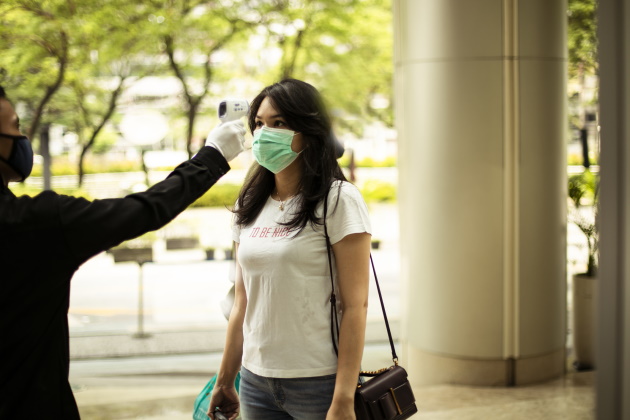 And you might have noticed something — you’re not normal.

When it comes to body temperature, normal temperature is 98.6 degrees Fahrenheit or 37 degrees Celsius. Chances are you aren’t, though, are you? Well, don’t worry, nobody else is either. In fact, some doctors say that finding someone who actually is 98.6 degrees is rare.

When an adult’s temperature reaches 103 degrees, they need to see a doctor, according to the Mayo Clinic. Body temperatures lower than 95 degrees are considered hypothermia and are also a medical emergency — except for people over age 85 who may have a “normal” temperature as low as 93.5 degrees. For those seniors who are normally cool, registering 98.6 degrees could mean they’re actually running a fever.

And people’s body temperature fluctuates throughout the day and throughout their lifetime. Changes in temperature can be traced to how active they are, their age, gender (women are hotter, especially when they’re ovulating), weight, time of day (you get warmer as the day progresses), the temperature and humidity and even what they ate or drank for dinner (spicy foods can raise your body temp!).

So, who decided 98.6 degrees was normal?

In 1851, German doctor Carl Wunderlich surveyed the results from 25,000 patients and determined that the average temperature for adults was 98.6 degrees, but the U.S. National Library of Medicine has acknowledged that “normal” varies by person.

Dr. Julie Parsonnet, a professor of medicine and health research and policy at Stanford University School of Medicine, studied the evolution of humans’ body temperatures from periods in the mid-19th Century to 2017 and found that 75 percent have body temperatures lower than 98.6 degrees.

A recent study of 35,000 British residents found that their average temperature is 97.9 degrees.

So why are people so chill these days? Doctors explain that thermometers are more exact than they were 150 years ago. If you take your temperature with three different thermometers, you might get three different readings. The most accurate is liable to be an internal reading, like under your tongue, opposed to under your arm or a forehead reading, according to family physician Dr. Donald Ford.

WebMD says the cooler temps could be due to people expending less energy and having slower metabolic rates because they weigh more than they did a century ago. Slower metabolisms can also be the result of less inflammation, researchers point out, because these days people have fewer chronic infections, like tuberculosis or periodontal disease.

Parsonnet agrees and says other factors could be warmer clothing and indoor temperature controls. She also suggests that the lower metabolism and cooler body temperatures are healthier. An office worker who chills out in a 72-degree office all day is going to be cooler (and probably healthier) than a person working in an unheated and non-air-conditioned house in the 1800s, she points out.

Overall, people are just cooler than they used to be.