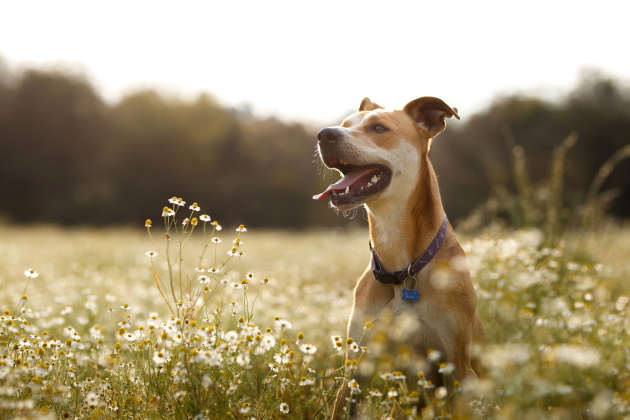 Despite its lack of notoriety like some animal behavioral concepts, human-induced rapid evolutionary change, or HIREC, possesses the potential to alter wild and companion animal behavior in many ways.

As wildlife scientists became increasingly concerned about the effects of climate change and habitat destruction on wild animal populations, some researchers chose to study the behavior effects on wild animals who couldn’t or wouldn’t vacate habitats overtaken by humans. In a relatively short time, these animals not only survived in these environments but also thrived.

Based on their studies, these urban biologists concluded that these animals had adapted faster to their environments than the Darwinian rate predicted. Any doubts that remained regarding that possibility vanished when the 2,000-square-mile area rendered human-inhabitable following the 1986 meltdown of the Chernobyl nuclear reactor became a thriving community of wild plant and animal life within decades. Genetic studies of those animals in 2001 revealed that they were mutating at 20 times the stable environment rate.

HIREC changed the scientific perception of evolution as a process that took thousands of years to effect meaningful change. Instead, it was a dynamic one that enabled at least some animals to make dramatic changes within relatively short periods of time in response to dramatic changes in their environments.

But while this is good news for wild animals, what does it mean for companion dogs and cats living in metropolitan and suburban areas who increasingly find themselves sharing space with a growing population if wildlife?

On the one hand, we have a population of wild animals increasingly comfortable in human environments, able to adapt to any changes in them at an accelerated rate, and pass on these genetic predispositions to their offspring. On the other, we have a population of companion animals whose probability of passing on any environmentally adaptive genetic potential to cope with this wildlife to their offspring is low thanks to spay and neuter.

While wild animals are evolving to adapt more quickly to human-induced changes in their once-wild environments, changes that do occur in companion animal genomes directly or indirectly are anthropocentric. These may take two forms: intentional and unintentional.

Purebred dogs and cats possess genetic changes intentionally planned by humans, specifically the animals’ breeders. While wildlife rapidly adapts to living in closer proximity to people and their domestic animals, some purebred dog and cat breeders may focus primarily on their animals’ physical appearance. Others may focus on their animals’ ability to perform a specific function: hunt, herd, service or assistance work, companionship. Sometimes those desired genetic predispositions may carry negative health ones that may undermine the animal’s behavior.

While having pets that fulfill their personal needs is gratifying for the people who own them, some of these companion animals may lack the behavioral adaptability needed to keep up with changes in the wild and free-roaming animal community. In my experience these animals may be more prone to atypical separation behaviors and aggression that appears to be linked to the stimulus load, particularly scent. Because these scents may be beyond human perception, people may have less patience with these animals.

At the same time, though, other companion animals have demonstrated rather ingenious behaviors to cope with the closer proximity of wildlife. Three of my favorites involved intelligent, naturally more subordinate dogs overwhelmed by the need to protect a complex environment. All wanted to fulfill their protective responsibilities, but also wanted to avoid harm to themselves. The dogs all incorporated rocks into their protective strategies.

Case one: A 2-year-old spayed female German shepherd dog lived with her owner in a residential neighborhood carved out of native woodlands. The property consisted of an open area around house and garage surrounded by a fence that separated the landscaped area from the woods. Initially, the dog marked the fence with both urine and stool. Her house-proud owner couldn’t do anything about the urine, but routinely picked up the dog’s stool and tossed it over the fence into the woods.

This created two problems for the dog. By tossing the dog’s stool into the woods, the owner inadvertently signaled her dog’s willingness to protect the area on the other side of the fence — the last thing this dog wanted to do. Second, the dog had to produce more stool to remark the fence after her owner cleaned up. Not surprisingly, the dog had developed intermittent, not specific GI problems.

Next, the dog started digging up rocks in the yard and placing them along the fence in addition to marking them with urine. The owner then yelled at the dog, tossed the rocks over the fence, and filled the holes. Unfortunately, the emotional contagion triggered by the owner’s yelling made the dog feel even more insecure in the yard.

I suggested she allow the dog to dig up enough rocks to mark the fence. Once the dog was able to secure the perimeter to her satisfaction, she had no need for other rocks. Her owner also was pleased because this helped resolve some of the dog’s other stress-driven behaviors.

Case two: When I mentioned the previous dog to a friend who also has a spayed female GSD, she told me her dog has always watched over her grandkids. However, the much older dog had become increasingly distraught when the children went swimming in a nearby lake.

Presumably to calm herself, the dog would collect rocks and pile them up on the beach where the children were swimming. (One advantage of living in New England is that there’s almost always a ready supply of rocks for a determined dog to locate!) Once the dog constructed her rock cairn and peed on it, she felt secure.

Case three: The third dog, a young neutered male English cocker, offered a variation on this theme. He got along with other dogs very well but had a great deal of trouble with passing vehicles. His very observant owner had noticed that when she and the dog walked around their area, he calmed down immediately when he reached a section of the trail separated from the road by several good-sized rocks. She also had noticed his much larger dog pals marking those rocks as they made their rounds. In this case, the other dogs’ marking enabled a little dog who had no desire to signal a challenge to a potential threat to enjoy himself.

Would these dogs have been able to pass the genetic potential for their clever use of rocks as a means to protect themselves in an era of increasing wildlife presence? We’ll never know. But given the evidence of HIREC as a normal wildlife response in rapidly changing environments, it seems likely that at least some companion animals will show signs of this potential as they cope with an accelerated rate of change in their own habitats, too.