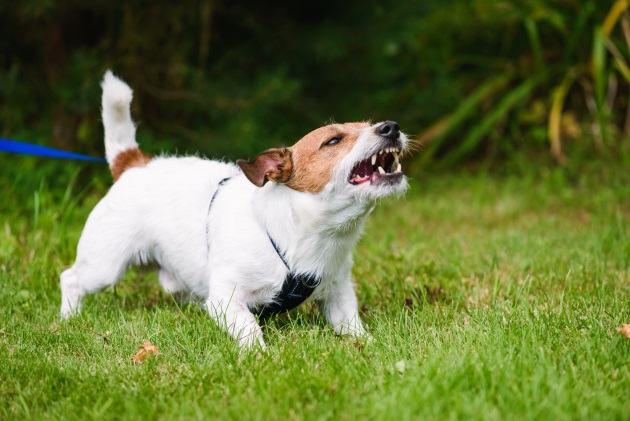 With the arrival of spring, the number of calls regarding animals displaying problem behaviors often increases. Both cats and dogs may become more aggressive toward members of their own species, including those with whom they live.

Multiple natural cycles of varying length contribute to the behavioral unrest. In the wild and free-roaming domestic animal populations, the physiological and behavioral changes associated with some of these cycles first support the territorial displays that occur in the early spring.

But how does spaying and neutering affect companion animal responses to these same events?

Experience suggests that some dogs and cats may experience a state of persistent territorial unrest. As resident pets note the increased activity in the wild and free-roaming domestic animal population, some may become edgier and more protective of what they consider their own territory.

For some this may mean their yards; for others their homes. A third group that marks territories on walks with their owners or during solitary free-roaming walkabouts may become more reactive to other animals in general or known animals they previously ignored. Yet another group may become more protective of their owners.

During the boom years, more seed-eaters, such as turkeys, squirrels and all kinds of smaller rodents, survived long enough to have more offspring who did likewise. Their predators also responded to the increase in their food (i.e., prey) supply by doing likewise.

When the bust came, all of these animals had to scramble to compete for a reduced food supply. But where to find such food? 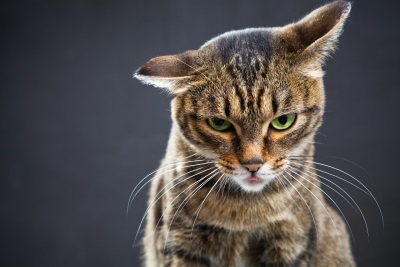 Unfortunately, this often meant the animals were forced to seek food much closer to human homes and activities than they normally did. Habitat destruction and fragmentation, two much longer cycles than the seed boom and bust ones, further contributed to many companion animals’ unrest this spring.

Increasingly, residential construction occurs on land previously occupied by wildlife. The infrastructure and services needed to support those people may claim a sizable piece of existing wild habitat, too.

And even though we typically associate these incursions with single-home dwellings, increasing numbers of housing developments and multiple family dwellings now include green spaces that preserve small areas of habitat that attract wildlife. Residents preferentially may choose these locations specifically so they can enjoy all the different birds at their feeders and the site of turkeys, deer, occasional bear and other wild animals in a nearby meadow or woodland.

But with the seed bust, increasing numbers of those now-hungry animals overcame their already somewhat dulled fears of humans and came into people’s yards more often. Where seed-eating prey species went, naturally so went their predators. Many of these animals came at night when the pet owners were at work or sleeping.

However, regardless of when the intruders came, many resident animals were aware of their presence. Some of these dogs and cats would monitor the intruders’ movement from inside the house.

If the homebound animals couldn’t track the interlopers until the latter left the animals’ property, the family dog or cat would track the aliens’ progress as far as they could. Then, they would mark those limits with urine, stool, or claw marks.

When dogs went out to relieve themselves or cats took their daily walk outdoors, they smelled the intruders’ scents; they read the often threatening territorial messages the intruders left behind. Or, the fear-scented ones emitted by an animal caught by a predator.

Other times owners unwittingly would track the intruders’ pheromones in on their muddy shoes and wipe them off on welcome mats by the door. Some resident cats and dogs only would give the mat a dedicated sniff; others would pee on it. One timid but determined dog preferred an out-of-sight, out-of-mind approach and attempted to drag the mat outside every time his owner opened the door for any reason.

Additionally, rodents of all kinds seeking food and shelter took advantage of even the smallest openings that permitted entrance into human homes. Although cats with good hunting skills considered locating and dispatching the intruders’ quality enrichment, few owners agreed.

However, rodents that ran up and down within the walls where the resident pets couldn’t reach them created even more unrest for animals and humans alike. Some dogs and cats would sit motionless and stare at walls or cupboards they knew harbored intruders, a behavior that unnerved their owners. Others tracked the rodents’ movement with high-pitched barks or tried to dig through the walls, two more animal behaviors that few owners found endearing.

Another result of wildlife seeking food in human-populated areas was even more dramatic: surprise encounters between wild animals and cosseted pets on opposite sides of sliding glass doors. In these cases, the response of the wild animal was more likely to be shock than predatory.

Often, they limited their territory and marking to the owners’ bedroom or even that person’s bed. Needless to say, dealing with the influx of wildlife and discovering the beloved pet was peeing in their beds did nothing to lessen owner stress.

As with the other animal behaviors associated with this wild-companion animal interface, it also affected the bond between these animals and their people. Most people recognized that their fascination with the wildlife led them to set up the feeders and feeding stations that attracted them.

At the same time, though, they perceived their own animals’ behavioral response to that encroaching wildlife as unacceptable or even shocking. Furthermore, they wanted it stopped immediately. They didn’t realize that if their companion animals didn’t value their homes and those people, and feel so incapable of protecting it, they wouldn’t mark to otherwise signal a willingness to protect it.

Although some of these responses to seasonal changes in the environment in the Northeast may seem dramatic, other areas of the country and world have experienced even more extraordinary upheavals.

Heavy snowfalls or severe flooding may add to the seasonal changes that normally affect and sometimes destabilize wild and domestic animals of all species. But because companion animals may live such cosseted lives compared to their wild counterparts, it’s easy to forget that seasonal changes related to the natural world can and do affect their behavior and bonds with their people at those times.