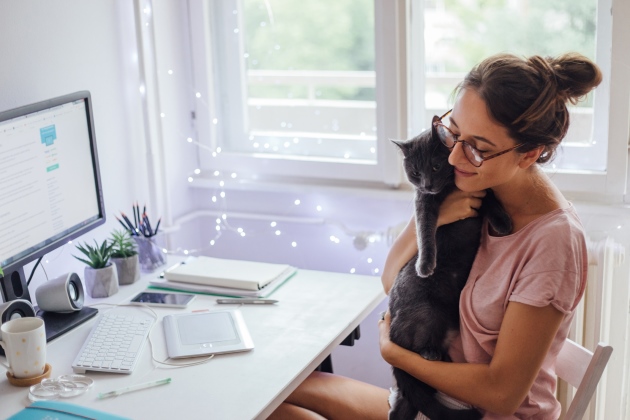 Ethology, by definition, is the study of animal behavior in the animal’s natural environment. For the companion animal, that environment consists of the owner’s home, property and wherever that person routinely takes the animal and the associated animal health, behavior and bond components.

Within that complex environment, owner beliefs about animal medical vs. behavioral problems can differ considerably.

The Quinns’ rescue bulldog, Maisy, experiences so many medical problems that they lovingly joke that they spend more time at the veterinary clinic than at home with her. Whether Maisy needs oral medications, topical ointments of one sort or another, or medicated baths, the Quinns administer these as directed as long as needed. Nor do they blame Maisy for her illnesses. In their minds, that would be unthinkable.

However, the Quinns aren’t nearly as accepting when Maisy began showing signs of aggression toward them and others. Instead, negative emotions hijack the more rational thought process they use when Maisy develops medical problems. Rather than asking, “What can we do to help Maisy?” as they do when her allergies flare up, her growling makes them feel angry, betrayed and fearful — although they don’t like to admit that. Like many pet owners in these situations, they know their double standard is irrational but…

When it comes applying symbolism to animals, contemporary dog and cat owners easily rival ancient humans who lived in the cave-dwelling era. This tendency persisted into modern times, but with two critical differences.

In the past, most symbolism was imposed on wild animals who, barring being slaughtered for meat, or feathers, horns, or other items of perceived importance, were free to live their own lives. That’s not the case with companion animals who live in human-controlled environments.

As contemporary humans became more remote from nature, highly variable emotion-based symbolism that may reflect strictly human beliefs and needs replaced those based on knowledge of animal behavior and animal needs. In some quarters, the definition of the dog or cat as a different species with different needs gave way to one of these as a 24/7 de facto service animal.

Two: Clients’ belief that they know everything about canine (especially) and feline behavior (to a lesser degree).

Whereas few, if any, clients would boast that they know everything about the canine or feline physical body, a fair number believe they know all about what constitutes normal canine or feline behavior. Statements that begin “I’ve had [fill in species and breed] all my life and they never behaved like that.” routinely may pop up when these animals develop behavioral problems.

We live in an era of rapid technical change that enables us to do more things, faster, and more easily than even a few years ago. While sometimes treatments for animal health problems fulfill these criteria, most people also accept that it takes time for their animals to recover from illnesses of injuries.

However, such often isn’t the case for behavioral problems. Animals with these often are described as “healthy.” Or, as one person told me about his severely aggressive dog, “He’s healthy as an ox. All he needs is some of them behavior pills and he’ll be fine.”

Four: The social and legal ramifications of certain problem behaviors.

Whereas animal medical problems may generate supportive responses from others, aggressive and destructive animal behaviors may turn formerly animal-friendly and tolerant landlords and neighbors into intolerant and contentious ones. This plus living in a litigious society all may change the once positive symbolism attached to the animal to more negative.

At its worst, it can tear families and neighborhoods apart as well as wreak havoc on the owner’s bond with the animal, all of which may further undermine any treatment for the animal’s behavioral problems.

Experience has taught me that it may take more communication skill than knowledge of ethology to help clients realize and accept that the treatment of behavioral and medical problems are more alike than different. For some of those clients, grasping that their role and responsibilities when dealing with their animal’s serious behavior problems may rival or exceed those related to comparable medical ones may come as quite a shock.

In these situations, I find the use of analogies that compare the behavioral healing process to the medical one very helpful. One that clients seem to find especially helpful compares the obligations to their animal when the animal has a compound fracture to those related to a serious behavioral behavior problem.

Most readily admit that they wouldn’t expect their physically injured animals to meet their own emotional needs at this time. Most also admit that they would expect any treatment of their animal’s physical injury and their obligations to promote healing to differ from any past experiences because the medical process has changed, as have they, their animals, their environment, and their lifestyle.

And much as they’d love to engage the animal with the fracture in all the physical activities they used to enjoy, most readily admit that they’d summon the wherewithal to limit the animal’s activity rather than risk disrupting proper bone healing. Although it would be difficult, they would control their impatience, reactivity and unrealistic expectations to make it as easy for the animal to heal as possible. They also would assume responsibility for any negative effect their animal’s health and treatment might have on others.