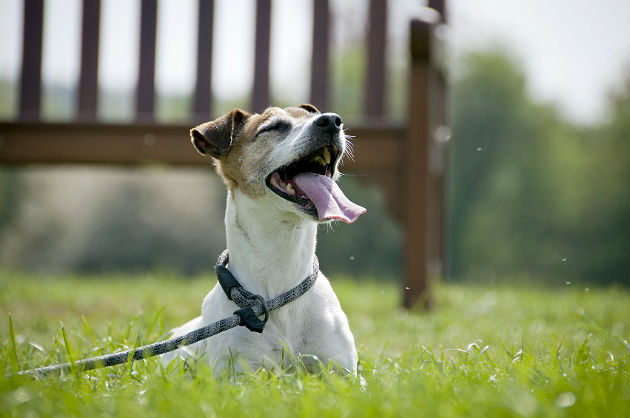 This variation on the theme of silo-thinking may make getting a comprehensive ethology-based history difficult when perceived companion animal behavior problems arise.

Consider the case of Ms. Doe and her dog, Jeffrey. Jeffrey got into a scuffle with a neighbor’s dog and although there was a great deal of snarling and flying dog spit, neither dog sustained any injuries. But even if Ms. Doe hadn’t defined Jeffrey’s behavior as a problem, the owner of the other dog and others who witnessed the event most likely would have done so.

But Ms. Doe did see the behavior as problematic and every time she describes the event to another person, its problem status increased. Simultaneously, any details perceived as not directly related to the inter-dog scuffle are dismissed as inconsequential. Soon the brief squabble between Jeffrey and her neighbor’s dog becomes the only thing that mattered.

Compare this view to an ethology-based one that sees the behavior in the context of the animal’s natural environment. In our example, that would include the home Ms. Doe and Jeffrey share and the neighborhood around which she daily walks her dog. Getting meaningful information regarding context from problem-oriented clients like Ms. Doe requires good communication skills.

Unless convinced otherwise, these clients may see providing it as a waste of time. Or their singular focus on their animals’ specific problems may make it more difficult for them to provide reliable answers to these context-related questions. If so, this may make them feel inadequate and complicate the treatment process.

When such situations arise, client communication can become difficult unless the clinician already has an established relationship and good rapport with the client. With behavioral clients, that may not always be the case.

In practices with multiple clinicians, only one may enjoy working with animals with behavioral issues. In these situations, any time spent beforehand explaining what the consultation will involve is well spent. For example, I routinely call or send my clients an email regarding what will happen during the consultation and their role in it.

Take a routine behavior like urination. Medical education prepares most practitioners to perceive urination and urine as valuable sources of diagnostic medical information. The same is true when attempting to understand behavioral problems too.

For example, Ms. Doe initially made it clear that where Jeffrey peed, how often, and whether the neutered dog lifted his leg or not at such times was irrelevant from her point of view. What difference did all that make as long as he wasn’t peeing in the house? However, she becomes intrigued and interested when she learns that this information can reveal a great deal about her dog’s relationship to the environment and those in it.

It turns out that Ms. Doe and Jeffrey routinely take a long walk twice daily around their suburban neighborhood. Jeffrey used to just squat and empty his bladder at the end of their driveway when he was younger. However, about a year before the problem behavior occurred, the now the 8-year-old dog began lifting his leg and peeing multiple times during their walks.

What changed in his behavioral and bond environment to cause a dog who previously felt no need to mark his territory to start marking it? And not only marking it, but marking it repeatedly?

At this point, some clients can tell you exactly what changed. Perhaps their other, more confident dog died suddenly. Or the makeup of their neighborhood changed as more people with dogs moved in. Or maybe climate change and habitat destruction resulted in more wildlife around their homes that made the dog edgier. Or the owner became more dependent on the dog for some reason: loss of a family member, deterioration in health, etc.

Fortunately, once clients begin thinking in terms of context, they may recall significant events they ignored when they were in a problem-oriented mode.

Although the specific causes that trigger seemingly unrelated but behaviorally and bond significant changes prior to the problem behavior may be varied, the results may be similar to Jeffrey’s.

One: a dog who previously did not need to mark his territory now must signal his willingness to protect it. Two: a dog who feels sufficiently vulnerable in that space, he must use all of his urine to mark in multiple locations. Three: a dog in an environment in which he could meet other dogs experiencing similar stressing circumstances at any time. Four: a dog who has no desire to fight — even despite considerable visual, sound, and other stimulus from his owner and environment to do so — who chooses a soft target and limits himself to a high-energy but ritualistic display.

When these and other considerations are taken into account, it becomes clear that neither Jeffrey nor his owner are ready for such a complex environment filled with variables over which they have no control. Compare sending fearful dog and often equally fearful owner armed with a bag of treats out in such a complex environment and hoping nothing bad happens to limiting owner and dog to their own familiar and secure yard until they both master the basic skills.

Which one builds and nurtures mutual trust, a vital element often lacking in human-animal relationships marred by animal behavioral problems?

And it goes without saying that any behavioral or bond issues that result in problem animal behavior possess the potential to trigger medical problems. And vice versa. Nor does addressing one necessarily resolve the other.

My behavioral/bond learning curve involved a dog with a serious marking problem who turned out to have prostate cancer. I also learned how back, hip, and knee problems may affect the expression of aggression, depending on the dog’s temperament and bond with the owner as well as any physical discomfort.

Ethology and the domestication studies convinced me that no such thing as a strictly medical, behavioral, or bond problem exists. For convenience, we can pretend it does. But just as clients’ bonds with their animals or their animals’ behavior can determine the success of any treatment for a medical problem, so may those bonds and an awareness of any animal medical problems determine the success of any behavioral diagnostic and treatment programs.