Ethology and veterinary practice: When bonds that worked no longer do 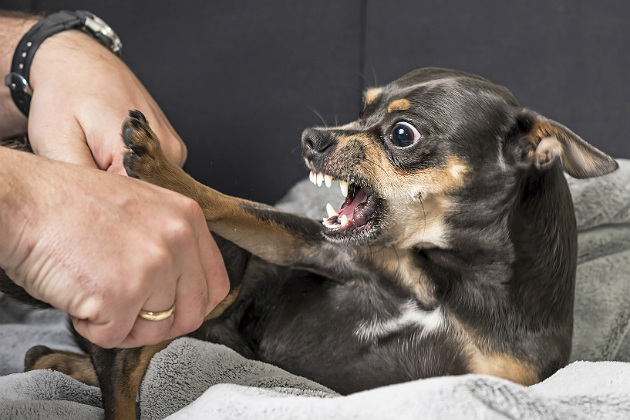 One of the basic tenets in ethology reminds us that we can say nothing about what an animal’s behavior means unless we know the context in which it occurs. But what does that actually mean?

In an effort not to overwhelm my clients, I usually define context as the recognition of what preceded the perceived problem behavior, the behavior itself, and what follows it. “What follows it” includes their responses to the animal’s behavior.

However, as a clinician, I also must acknowledge that context involves a lot more. Unlike those who study animal behavior in controlled settings, practitioners seeking to unravel what caused an animal to display a particular problem behavior at a particular time don’t have the luxury of eliminating all but one or two variables and ignoring the rest. We first need to determine all the variables that could contribute to the problem in any way.

Furthermore, this comprehensive environment is dynamic. Even if Mr. Abernathy’s dog, Alice, was born, raised, lived and died in his home which he describes as “unchanged during her lifetime,” both of them will have experienced multiple macro- and micro-environmental changes during that period. Moreover, every one of these possess the potential to effect the most vital component in the resolution of any problem behavior the animal might develop: the physiological and behavioral effects these changes may have on bond between them.

Let’s consider some examples of how these changes may play out in the companion animal behavioral realm, beginning with Mr. Abernathy and Alice. Fourteen-year-old Alice didn’t actually develop fear-based aggression the day she bit the plumber who came to repair Mr. Abernathy’s leaking faucet.

A comprehensive history revealed that Alice had taken a proprietary view of her owner ever since she reached maturity years previously. Throughout that time, Mr. Abernathy doted on his dog instead of training her, and “managed” rather than addressing her aggressive displays by confining her to her crate whenever he expected company.

Meanwhile, Alice and Mr. Abernathy aged together. Although the dog remained physically healthy for a dog her age, she wasn’t the same dog that she was in her prime physically, mentally or emotionally when the biting incident occurred. Nor was her owner the same person.

During that same period, Mr. Abernathy’s health declined, which caused him to dote on his dog even more. Moreover, he did this with the encouragement and full support of his healthcare providers and family enchanted by all those positive media reports about the benefits of animal companionship on human health.

That also makes her more likely to aggress sooner that she did when she was younger. And we have an anxious owner in his late 70s on multiple medications for various health problems who forgot to confine his dog but desperately loves and needs the animal for his own well-being.

He also wants her aggression “fixed” immediately because home-healthcare looms on the horizon. So does potential trouble with his homeowner’s liability insurance provider if any bite inflicted by Alice requires medical care or is reported to the authorities.

Our second example looks at changes in the physical, mental, and emotional context at the opposite end of the spectrum that also can foil the one-size-fits-all approach to problem behaviors. It involves that population of single folks whose lives revolve around their dogs and social activities related to them.

Using usually positive but occasionally negative other-reinforcement training approaches, they spend hours each day transforming their puppies into stars in agility or other canine competitive sports.

Then, the unexpected happens. The owner meets a Special One and they start seeing each other. Pretty soon they move in together, then decide to marry. The young adult dog who had claimed the owner all to himself since he was a puppy now must cope with someone he perceives as a competitor for his owner’s time and attention. He’s not aggressive toward the partner. But he’s not overtly friendly, either.

The new partner initially does everything to gain the dog’s trust, but nothing seems to work. Meanwhile, the dog’s original owner alternates between feeling guilty for exposing her dog to such a major lifestyle change and anxious about his lackluster response to someone she cares about so much. She doesn’t know whether to feel relieved or hurt when her partner eventually chooses to ignore the dog.

Then several years later, the couple adds a baby to their household, and the now 9-year-old dog begins protecting what he considers his owner in earnest. He positions himself between her and her partner when they attempt to hug each other.

This progresses to full canine body blocks and nipping the partner’s feet and lower legs to keep him away. Nor is this more aggressive behavior related to the baby’s presence. He responds to the partner the same way even when the baby is napping or enjoying some quality away-from-home grandparental time.

Initially, the dog treated the baby with indifference. However, as the baby has become more motile, he becomes edgy when the baby gets too close to his owner. Not surprisingly, the owner’s guilt and anxiety grow as her vision of herself, her partner, the baby, and dog living happily ever after fades. Because she and her partner both see this as strictly the dog’s problem, they also want it fixed immediately.

In both of these examples, we see an increasing bond phenomenon that occurs in animals with behavioral problems: The owners have become so caught up in what their animals mean to and say about them that they lose sight of the animals themselves.

Mr. Abernathy perceives Alice as his reason for living; singletons whose lives center around their dogs and their dogs must change their orientations when a new person is added to the household. How the dog handles this can generate negative human-human feelings as well human-animal ones that may limit solutions. Further complicating matters, emotional contagion occurring between anxious humans and animals may aggravate the very problem behaviors they want stopped.

Admittedly, getting a comprehensive history that addresses these bond concerns as well as physical and behavioral components alone won’t solve these problems. But it will result in more meaningful, comprehensive approaches compared to taking a one-size-fits-all approach and hoping for the best.