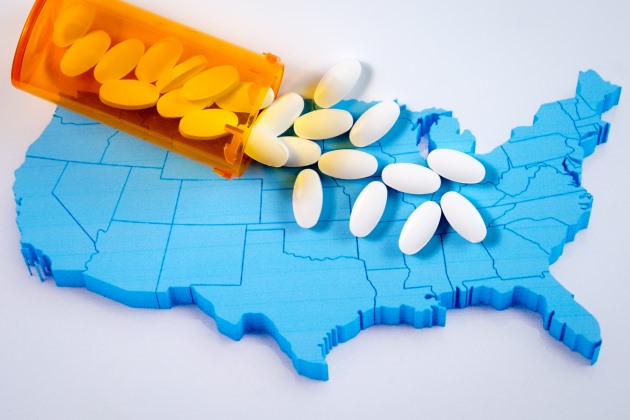 Despite the fact that 2 million Americans are diagnosed with opioid use disorder each year, evidence-based medications aren't often prescribed, especially in the ED setting. It's estimated that only a third of those diagnosed with OUD are given methadone, buprenorphine/naloxone or naltrexone for substance abuse treatment.

A new study from Yale University seems to confirm that assumption. Researchers surveyed some 400 clinicians at four urban academic emergency departments. Only 21% reported being ready to offer buprenorphine to patients who could benefit from it. The study was published in JAMA Network Open and included physicians, residents and advanced practice clinicians at hospitals in New York City, Cincinnati, Baltimore and Seattle.

Surveys were conducted between April 2018 and January 2019. Clinicians took web-based anonymous surveys that recorded information about their demographics, training, experiences with ED-initiated buprenorphine, and readiness to give buprenorphine for OUD. Researchers also conducted focus groups to assess factors determining buprenorphine use in an ED setting.

Factors that determined an ED clinician's willingness to prescribe the medication included:

Buprenorphine doesn't have to be administered in a highly structured environment like methadone. It's the first medication to treat opioid dependency that can be prescribed or dispensed in physician offices, hospitals, health departments and correctional facilities.

The Drug Addiction Treatment Act of 2000 (DATA 2000) made it possible for qualified U.S. physicians and mid-level practitioners with an X-license to offer buprenorphine for opioid treatment. The Food and Drug Administration has approved buprenorphine products, including Bunavail buccal film, Suboxone film, Zubsolv sublingual tablets and buprenorphine-containing transmucosal products.

In 2015, Yale researchers found that patients who were admitted to emergency departments for opioid use disorder and treated with buprenorphine along with medical management in primary care were twice as likely to remain in addiction treatment a month later. Even so, the perception that emergency departments are not the best place to initiate addiction treatment persists.

The more recent study found that physicians weren't sure when buprenorphine treatment was appropriate. “Trying to suss out which of those patients might be appropriate for initiating some therapy and which aren't is a skill that I don't have. I don't think that it's a skill that we're necessarily being trained for right now,” a resident physician said.

Physicians were also confused about waivers, which requires eight hours of training for physicians and 24 hours for advanced practice providers before they can write a prescription for buprenorphine. However, Hawk said emergency providers can give buprenorphine in the ED without the special waiver, said Hawk, adding that clinicians “needed clarification around what they can and can’t do.”

Regardless of the hesitancy in the ED, the total rate of buprenorphine prescriptions increased by 9.1% from 2017-18, according to an analysis published in Drug and Alcohol Dependence.

“The number of buprenorphine prescriptions dispensed from retail pharmacies in the United States increased by nearly 1.3 million prescriptions between 2017 and 2018, nearly all provider specialty groups contributed to this increase, and the majority of counties experienced an increase in buprenorphine dispensing,” concluded the researchers.