Drive-in theaters: A blast from the past 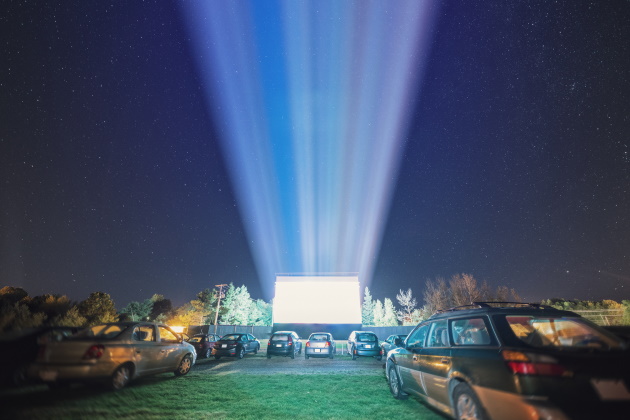 With coronavirus (COVID-19) sweeping across the country, life in America is undergoing dramatic change as the populace comes to grips with the scope and seriousness of the pandemic. Its effects center largely on the sudden disruption of daily routines — the rhythm of life — as “distancing” and “self-isolation” confine our moves and contacts with others.

What’s worse, the vast majority of entertainment and sporting events have been canceled or postponed to some uncertain date in the future. Heck, you can’t even go to a movie theater in most places.

Netflix and a flood of streaming services help fill the home entertainment gap, although being cooped up at home for days and weeks on end is soon going to be driving us all bonkers. But there is at least one virus-proof solution to getting out of the house for the evening: going to a drive-in movie. It’s family-friendly, inexpensive, and for older adults, it even offers a nostalgic trip back in time.

During their heyday, from the end of World War II through the 1960s, nearly 5,000 outdoor cinemas dotted the country. Numbers began dwindling in the 1970s and ‘80s as property values spiked and the large spaces occupied by drive-ins were snapped up for malls or residential developments. At the same time, technological advances, i.e., conversion from film to digital projection, proved too expensive (typically about $75,000) for many drive-in owners.

The concept of drive-in theaters originated in the early 1930s and became a reality when Richard Hollingshead of Camden, New Jersey, developed and patented a projector and screen combination that worked — and led to the opening of the nation’s first drive-in, Camden’s Park-In Theater, in June of 1933.

Today, fewer than 400 drive-in movie theaters operate in the United States. New York has the largest number of drive-ins (29) but they are more prevalent on a per-capita basis in rural states like West Virginia, Vermont, Maine, South Dakota, Kansas and Idaho.

Attendance, however, is slowly declining, just as it is at indoor theaters — so owners of outdoor cinemas are trying to reverse the trend by playing up the retro film-going experience that is unique to drive-ins — catering to nostalgia.

Another thing going for drive-in movies is their affordability. Admission and snacks are cheaper than at indoor theaters. CenterBrook Drive-In, located in Martinsville, Indiana, serves as a good example. This single-screen theater has been operating since 1950 and continues to be a regular choice for local families by offering two first-run movies for the price of one ($10 adults, $5 for kids) and low-cost snacks ($3 for popcorn or a burger and $2 fountain drinks). The theater frequently offers half-price admission promotions as well.

Owing to the skyrocketing cost of land, it is rare to find a drive-in situated within the city limits of any major metro area. A standout exception is the Coyote Drive-In in Fort Worth, Texas. In addition to showing double features on four separate screens, the venue also offers a full canteen-style food menu that includes wine and beer. Admission prices are a bargain too: just $8 per adult and $4 for children five and older.

To find a drive-in movie theater near you, visit www.driveinmovie.com.