Don’t get fooled by the manipulator 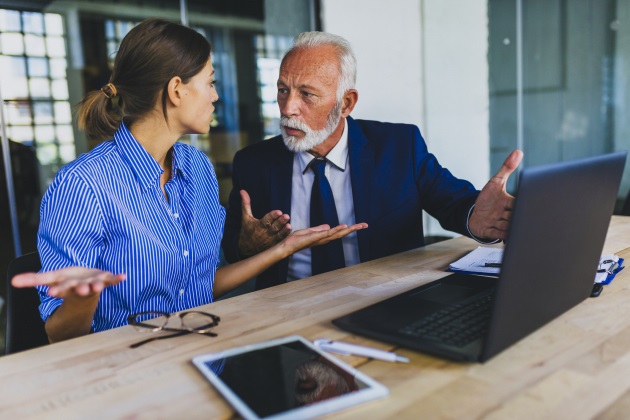 All manipulators are the same. Just the circumstances and the victims change.

You hire an employee who seems to be an asset. She’s friendly and easy-going. Always has a smile. She frequently takes the initiative to create projects and implement them. Wow, what a go-getter, you think.

But perhaps after a couple of months, it begins to dawn on you that while she’s great at thinking up fun little projects to keep herself busy, she’s doing everything and anything except the work you assign her to. You were so dazzled by her nonessential, fluffy projects, that you were blinded to the fact that she was sloughing off the basic rudiments of her job responsibilities.

You hired her as a bookkeeper, for example, but she invests more energy into creating artsy displays than accuracy in the records.

She’s consistently tardy for work (if she shows up at all), but when she does clock in and sees your irritated face, she hands you a little gift because you’re such a great boss and she loves working for you.

She’s such a nice person that you hate to get angry with her. When you finally get up the courage to discipline her about her lack of attention to her assigned work (or showing up for work at all), she breaks down in tears, making you feel guilty about hurting her feelings when she’s just so darned thoughtful and helpful and tries so hard.

How did you somehow end up being the bad guy when all you’re trying to accomplish is get an employee to do the work you’re paying her to do? How did she make you feel so guilty?

Ha! She conned you. Like all great manipulators, she saw your weak spot and zoned in on the target, pushing your buttons effortlessly.

It is precisely because you honestly care about your employees’ feelings and morale that you are vulnerable to this kind of person who would exploit that caring attitude.

Here are some suggestions on getting back on track as the fair boss who has a right to work expectations for his employees:

1. Remind yourself that while you’d like to be “friends” with your staff, first and foremost, they are your staff whom you hired to do a specific job. Don’t muddy the waters by feeling that you’re hurting a friend’s feelings when you critique their performance.

2. Realize that she’s abusing you by taking advantage of your good nature and playing you for a fool. Yes, a fool. That should make you feel angry, not guilty.

3. Recognize that her manipulative behavior is not new, that it’s been successful for her in the past and is not likely to wane any time soon. Why throw away a successful manipulative strategy that allows her to avoid doing her job, avoid any repercussions, and still get paid?

4. Toughen up. This lady does not want to be your friend and does not care one iota for you personally. You, her boss, are simply a tool to use. You are not losing real friendship by reprimanding her.

5. Now that you’ve witnessed her repertoire of manipulative techniques in previous attempts to discipline her, there are no surprises. You can predict her possible responses: gifts, compliments, tears, threats to quit, excuses, whatever. You know her drill.

Predicting her behavior allows you to arm yourself with a virtual shield against her sabotage. And when your predictions about which manipulation technique she’ll use actually come true, you can more objectively view this interaction unwind, as if watching a play on stage. You’ve removed yourself as a player in this drama and become an audience member. That distancing of your feelings will give you a newfound sense of self-control.

Quite a few years ago, I fell victim to this kind of manipulative employee. But when I decided to change my viewpoint by predicting her behavior—as if I were predicting the next scene in a movie—she lost her power over me. And when she started using the tactics that I had predicted, I was actually able to laugh at them because they were, well, so predictable! Once she realized they no longer worked, she was at a loss how to con me. She eventually left our organization to find easier targets.

These manipulators are destructive to an organization. If she’s conning you, then she’s conning her co-workers, too. Cut them loose for the greater good.