Do students think best on their feet? 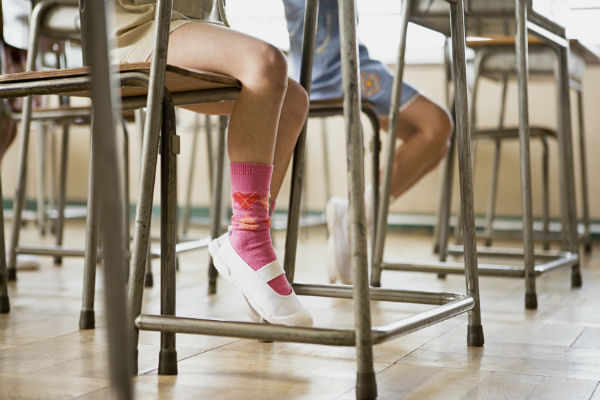 Thinking on your feet has always been thought of as how to perform well under pressure, staying composed — when the floor is all yours, making a quick decision or giving an answer quickly. But now, the concept is being taken to another level.

Findings published recently in the International Journal of Environmental Research and Public Health provide the first evidence of neurocognitive benefits of stand-height desks in classrooms, where students are given the choice to stand or sit based on their preferences.

Ranjana Mehta, Ph.D., assistant professor at the Texas A&M School of Public Health, researched freshman high school students who used standing desks. These desks have proven to be effective and viable solutions to combat sedentary behavior among children during the school day in studies around the world. However, little is known regarding the potential of such interventions on cognitive outcomes in children over time.

Childhood obesity rates have quadrupled in the past three decades, particularly among adolescents aged 12-19 years. Obesity is associated with immediate and long-term health effects such as cardiovascular disease, Type II diabetes, osteoarthritis, sleep apnea and some types of cancers. In addition, adolescents who are obese are at greater risk of social and psychological problems as well as impaired cognitive functioning.

Because of the significant amount of time spent at school, there have been several in-school interventions aimed to alter unhealthy eating habits, sedentary behavior and physical inactivity. In recent years, dynamic classrooms that allow movement during class time with an intent to minimize sedentary behavior have gained interest as a way to facilitate physical activity in the classroom without distracting from the primary focus of teaching.

These classrooms are equipped with desks that facilitate standing and movement, such as the stand-biased desks — elevated desks that give students the option of standing or sitting on a stool, thereby offering the potential to expend more energy during instructional activities and academic assignments.

The purpose of this pilot study was to determine the neurocognitive benefits — i.e., improvements in executive functioning and working memory — of stand-biased desks and explore any associated changes in frontal brain function.

Thirty-four freshman high school students were recruited for neurocognitive testing at two time points during the school year: in the fall semester and in the spring semester. Executive function and working memory was evaluated using a computerized neurocognitive test battery, and brain activation patterns of the prefrontal cortex were obtained using functional near infrared spectroscopy.

Continued use of the stand-biased desks was associated with significant improvements in executive function and working memory capabilities. Changes in corresponding brain activation patterns were also observed. These findings provide the first preliminary evidence on the neurocognitive benefits of standing desks, which to date have focused largely on energy expenditure.

The researchers suggest that future work on larger samples, in multiple schools with comparison groups, over a longer time period is warranted to confirm their preliminary findings. Continued investigation of this research may have strong implications for policy-makers, public health professionals and school administrators to consider simple and sustainable environmental (i.e., furniture) changes in classrooms that can effectively increase energy expenditure and physical activity as well as ensure (and enhance) cognitive development and educational outcomes.