Dig this: Get in the garden for a long, healthy life 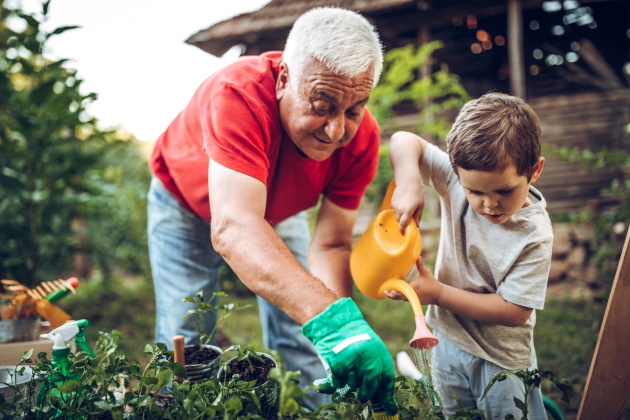 Getting to work in the garden can bring homegrown nutrition, but it also can improve your physical fitness and maybe extend your life.

In this era of work-from-home and Zoom meetings, a garden provides a hobby that will get you up and moving, and give you a place to take a break from the keyboard.

Those minutes outdoors are productive. Cornell researchers recently reported that 10 minutes in a natural setting can act as stress relief. The study focused on college students, but the results translate to all walks of life. We’re better off when we can embrace and interact with nature.

We’ve established that being outside is good for us, but where does the longevity come in? A researcher named Dan Buettner took up a National Geographic expedition to determine secrets of long life in different parts of the world. He and his team identified five Blue Zones, regions where longevity was common and living past 100 wasn’t unheard of.

One of the Blue Zones is located in the United States: Loma Linda, California. The others are scattered across the globe: Nicoya, Costa Rica; Sardinia, Italy; Icaria, Greece; and Okinawa, Japan.

The seniors in these locations had another link beyond longevity: gardening. Many of the elements in gardening are fitness attributes in a variety of activities. Gardeners use their legs, back and upper bodies regularly in repetitive motions, stretching and strengthening the muscles in those areas. Breathing fresh air can improve lung function as well, which supplements overall health.

Instead of considering it a workout, the residents in those regions incorporated healthy activity into their daily tasks.

“None of the spry 90- and 100 year-olds I met exercise in the way we think of it, like spending half an hour on a treadmill,” Buettner later told National Geographic. “The secret they teach us is the importance of engineering ‘nudges’ for physical activity into our daily life, like planting a garden, which sets up a nudge for the entire growing season to be out there watering, weeding or harvesting.”

As the worldwide COVID-19 pandemic changed lifestyles and highlighted food security, the advantages of eating homegrown foods was underscored. When home improvement stores across America remained open and were considered essential during lockdowns, do-it-yourselfers stormed the aisles, many installing backyard gardens, playing off coronavirus’ timing of early spring, perfect for planting.

The scene recalled the days of the previous century when America was at war and victory gardens sprung up to help the cause and keep the nation fed and healthy. Since then, cities across America have recognized the value of gardens, not only for produce but for the social networking aspects.

Healthy citizens tend to lessen the demands on a nation’s healthcare industry. Great Britain’s Royal College of Physicians encouraged an increase in gardening to help alleviate strain on the nation’s NHS services. The research also cited reduction in air pollution.

Doctors on either side of the pond are cognizant of the positives. They’re prescribing gardening and time outdoors for better health.

As Buettner pointed out, the physical benefits of gardening last beyond the planting or harvest.

Gardening can be a year-round hobby, from growing seeds in pots indoors, to planting, to watering and weeding, to harvesting, and finally to conditioning the garden for next year’s crops. Additionally, cooking with the garden’s bounty also results in physical activity, supplanting a phone call from the couch to order takeout.

In the Cornell study, researchers targeted individuals aged 15-30 and determined that up to 50 minutes in nature helped with factors such as blood pressure, attention span and mood. That doesn’t mean you need to limit your time outdoors to less than an hour.

"It's not that there's a decline after 50 minutes, but rather that the physiological and self-reported psychological benefits tend to plateau after that," said co-author Donald Rakow, associate professor in the School of Integrative Plant Science. "While there is a lot of literature on longer outdoor programs, we wanted to quantify doses in minutes, not days."

From a health standpoint, putting your hands in the dirt might be as good for your soul as sticking your toes in the sand.