Dentists are finding new uses for PIPS and laser technology 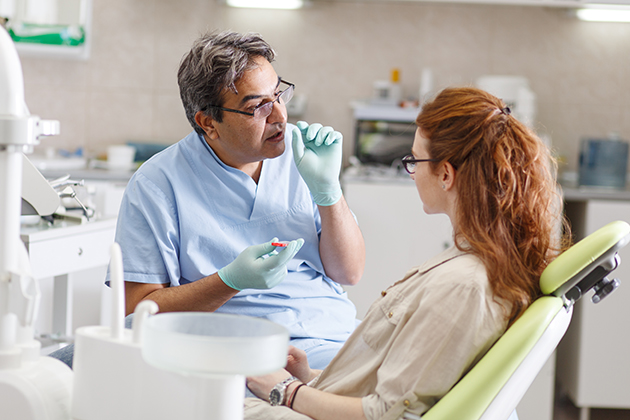 The root canal is one of the more vilified and dreaded dental procedures. Patients worry about pain and the sounds of someone removing the nerve from the tooth, while dental offices worry about success rates and retreatment.

Until recently, dental offices were limited in how they could put patients at ease during procedures like this. Options might include watching television or listening to music in hopes they remain somewhat distracted during the root canal.

However, modern technology is making it easier to tell patients they need more than just a teeth cleaning.

Now, the popularity of lasers (like Lightwalker) and PIPS (photon-induced photoacoustic streaming) are making both dentists and patients worry a lot less about different procedures and problems. The advantages include being able to extend beyond the reach of traditional tools, eradicating more bacteria, expanding the space in the canal and extracting debris.

While these advances provide benefits to dentists and patients, others are expanding the use of lasers into other areas. Dr. Irfaan Salyani recently became the first to use laser technology in his area of Ontario. He loves the ability to "power wash" decay out of teeth and prevent any further infections.

"These procedures can save a lot of teeth that would otherwise need to be extracted," he told The Enterprise Bulletin.

Salyani was also able to use the laser to fix a frenectomy that he discovered on his infant daughter.

Dr. Reid Pullen has also found several advances in the use of PIPS. By 2014, he already used the technology in more than 2,000 cases. It has helped remove pulp stones, retreat canal debris and separate files that became weakened due to ultrasonics. He has also shared PIPS-related cases to help others understand the best circumstances to use them, including:

Pullen writes in Dental Tribune that the PIPS technique works best when "the dental assistant irrigates the access continuously while suctioning any excess solution running from the area." He says it's important to make sure you keep the access chamber loaded with solution. That way, the exposed portion of the tip remains in fluid.

It's a huge advantage to be able to promote to your patients that you are using modern technological procedures that are minimally invasive, more effective and reduce the odds of reinfection. In fact, Dr. J. Steven Abernathy of Arkansas last week created a Star Wars-themed PIPS video that has gone viral.

In person, you can tell your patients that these advancements can put them at ease since it can help their mouths heal faster with less pain and bleeding.

Most people in the dental profession know that this technology has been around for a few years. The good news is that more dental offices are not only acquiring laser and PIPS technology, but finding new ways for it to benefit their practices.