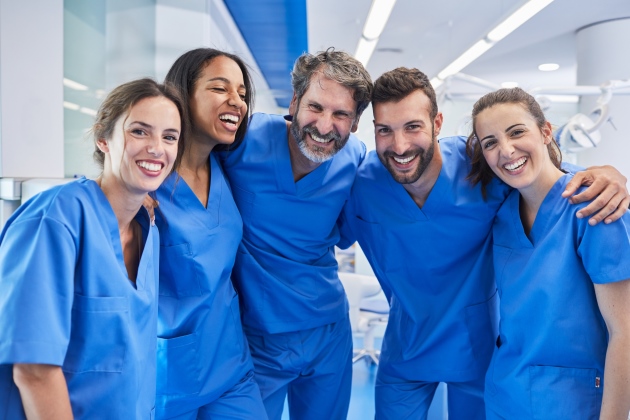 The economy witnessed unexpected job growth in May as state and local economies began to reopen from the pandemic shutdown. In particular, medical practices and dental offices were key drivers of this finding that surprised economists.

According to the May 2020 Bureau of Labor Statistics (BLS) economic report, healthcare — including dentists — added more than 310,000 jobs during the month. Dental offices experienced job rebounds at rates unlike any in the sector.

The BLS says the healthcare sector grew to more than 15.2 million jobs. This represents a 2% rise, up from 14.9 million. Physician practices increased employment by at least 51,000 jobs compared to the previous report.

At the start of May, Grant Thornton, an independent audit, tax, and advisory firm,reported that posting for new jobs on all the major job websites fell between 30% and 40% in March and April. Some sites, they saw, a drop in posting as early as late February when the tech giants canceled off-site meetings and major conferences to stem contagion.

The halt spanned almost all industries across all income categories. Most notably, healthcare saw job losses, despite the health crises bought on by the pandemic. These losses were the result of the cancellation of all elective surgeries as health systems responded to COVID patients.

“The fear of going to dental and doctor's offices and contracting COVID-19 prior to national lockdowns in March had already triggered the largest-ever drop in healthcare jobs in a single month,” Grant Thornton reported at the time.

An April 21 report in The Hill found that more than 4 in 10 polled Americans say they had their wages cut or lost their jobs altogether because of the pandemic. The Pew Research Center study found 28% of respondents lost their jobs or been laid off because of the outbreak. A third took pay cuts. A combined 43 percent said one or both applied to them.

As mentioned previously, dentist office employees were the biggest winners in the recent jobs report. Jobs increased here by at least 244,000, compared to April.

But hospital employment declined by 26,000 in May. Furloughs and firings continued for some health systems because of low patient volume and the cancellation of surgical procedures dating back to March. This is starting to change, however, as some hospitals are beginning to resume elective procedures.

Nursing care facilities also lost more than 36,000 jobs from April to May. As the Trump administration announced, the reason for this is that more than 32,000 nursing home residents have died because of COVID-19.