Deforestation, human activity may be more responsible for viruses’ spread than we’d like to admit 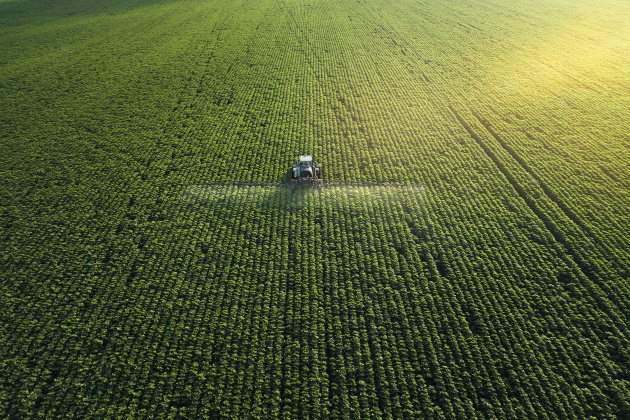 Deforestation across the globe is negatively impacting the world's population and leading to the spread of disease, including coronaviruses. According to a new Stanford study, as large swaths of dense forestland are cleared for farming or other human use, viruses that jump from animals to people, like COVID-19, will likely become more common.

Published in Landscape Ecology, the study suggests that deforestation in Uganda puts people at higher risk of interactions with wild primates — and the viruses they carry — meaning the emergence and spread of infectious animal-to-human diseases.

Humans have converted nearly half of the world's land into agriculture. Tropical forests are the most prone to cutting and clearing. In Africa, deforestation accounted for about three-quarters of recent forest loss.

As people move into forested areas for resources and as animals venture out of their habitats to raid crops, the chances increase for transmission of zoonotic — or animal-to-human — disease. HIV is the best-known example — a virus that jumped from wild primates to humans via infected bodily fluids.

COVID-19 is the latest such virus to do so (though at the time of this writing, the U.S. is exploring the possibility that the coronavirus spread started in a Chinese lab, not a wet market).

"At a time when COVID-19 is causing an unprecedented level of economic, social and health devastation, it is essential that we think critically about how human behaviors increase our interactions with disease-infected animals," said study lead author Laura Bloomfield, an MD student in the School of Medicine and a Ph.D. candidate in the Emmett Interdisciplinary Program in Environment and Resources within Stanford's School of Earth, Energy & Environmental Sciences. "The combination of major environmental change, like deforestation and poverty, can spark the fire of a global pandemic."

These researchers said human activities in the areas alongside forested areas might cause a spillover of infections from wild primate s to humans worldwide — as found in Uganda.

"Deforestation and the sale of live wild animals or bushmeat, such as bats and monkeys, make the emergence of new viruses inevitable, while population growth, dense urbanization, and human migration make their spread easier," Dr. Seth Berkley, head of the GAVI Alliance — a nonprofit international vaccine initiative — wrote in Scientific American.

Bats, specifically, host more viruses than other mammals and are immune to many of them. In the natural environment, bat populations are limited by their ecosystems, according to scientists, but when displaced by human interference, for example, bats can find "anthropized environmental niches."

For example, when forests are cut, and farms and houses are built, bats use these as shelter. Lights attract insects they feed upon. In disturbed environments, multiple species of bats mingle, roost, hunt, and encounter the intermediate hosts, including civet cats, monkeys, camels, and horses, that may bridge a transmission to humans.

Viruses similar to the one that causes COVID-19 have been found in Chinese horseshoe bats and may have mutated in civets.

"The underlying causes of zoonotic spillover from bats or other wild species have almost always — always — been shown to be human behavior," Andrew Cunningham, professor of Wildlife Epidemiology at the Zoological Society of London told CNN. "Human activities are causing this."

Researchers point to areas of Southeast Asia, a region of the world with the highest rate of deforestation, with a loss of 30% of forest surface over the last four decades. In Thailand, agricultural lands amounted to 23% in 1960 of total land area vs. 40% since 1985. Similar trends were seen throughout Southeast Asia. In Cambodia, agricultural surfaces doubled from 15% in the 1980s up to 30% in 2000. Vietnam saw an increase from 20% in 1990 to 35% now.

The human population in Southeast Asia increased by 130 million between 2001 and 2011 and is expected to rise by almost 250 million by 2030, which requires more land for agricultural use.

In Sumatra, rapidly growing suburban zones with widespread deforestation and farming lands converted are seeing population much closer to bats than before.

While some researchers previously have said that deforestation can lead to the disappearance of species, this is not always the case and can provide acceptable habitats for a broad range of bat species, creating a higher diversity of bats that, in turn, lead to more instances of bat-borne viruses next to human dwellings.

"At the end of the day, land conservation and the reduction of forest fragmentation is our best bet to reduce human-wild animal interactions," said study co-author Tyler McIntosh, a former graduate student in the Stanford Earth Systems Program now working at the Center for Western Priorities.

All of this to say: Humans may be more responsible for the spread of viruses like COVID-19 that we'd like to admit...