Dealing with a possible recession in the restaurant industry 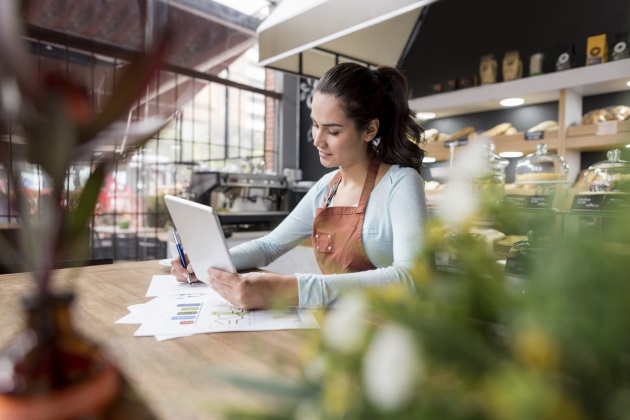 According to the National Restaurant Association, the restaurant industry generates $782.7 billion in sales per year and employs 14.4 million people. The industry is projected to create another 1.7 million new jobs by 2026.

Today, one out of 10 people in the U.S. workforce works in a restaurant. Nine out of 10 restaurant managers started from an entry-level position.

Therefore, job security should not be a concern for those who are working in a restaurant or ready to start a career in the restaurant business.

However, several recent business reports, including ones by Bloomberg Business and CNN Money, suggested a coming downturn for the restaurant industry. Earnings of Starbucks and Chipotle, for instance, have missed their estimates.

To many economists, a slowdown in restaurant sales could be a harbinger of a U.S. recession, which could possibly come as early as 2017.

It is indeed not an easy run for restaurants. In addition to the uncertainty associated with the U.S. election and a series of terrorist attacks around the world, many restaurateurs are facing big challenges of rising food and labor costs, which typically make up approximately 60 percent of the total cost in a restaurant.

Many places are seeing, or will soon see, an increase in their localities’ minimum wage, possibly to $15 an hour.

In most cases, restaurants can absorb the soaring labor costs by cutting the total number of employees and/or lowering the total work hours of existing staff; passing the soaring cost to consumers with higher prices; implementing new operation procedures (e.g., restaurants with no tables, no host, and no server); or a combination of these methods (e.g., asking consumers to place an order with an iPad rather than having a server do it).

Food costs reportedly increased substantially in 2014. The good news is that the market has seen an ease of soaring food costs in 2016, according to the Food Price Outlook 2016-17 and Bloomberg Business.

Because most consumers do not want to see higher price tags with restaurant meals, smart restaurateurs usually replace some expensive items with cheaper ones (e.g., using green beans instead of asparagus), serve smaller portions of food with the same price, or ask customers to pay for the side orders that used to be "free" with a meal.

Even though, in general, people still find it safe to travel within the U.S., the terrorist attacks in Europe are expected to have a long-term effect on world tourism, which would possibly affect the restaurant industry as well.

When people fear traveling, restaurants can maintain income through promotions to local businesses and residents.

In case of a real restaurant recession …

Restaurateurs may consider taking my suggestions in the above discussion. For those who are working in a restaurant or finding their ways to a successful career in the restaurant business, I recommend the following career plan:

Focus on the development of “transferable skills” rather than "technical skills"

As labor costs rise in the future, many technical or labor-intensive jobs will be replaced by machines. For example, restaurants can possibly use robots instead of real human beings to serve customers.

Nevertheless, it is unlikely to run a restaurant without a reliable manager who has good analytical and interpersonal skills. Hence, it becomes extremely important to acquire those high-level transferable skills that are expected for leaders and managers.

Other transferable skills may include managing human resources, marketing or finance.

Engage with other restaurateurs in the real world setting

As many restaurants are eliminating labor-intensive positions to save labor costs, they may at the same time create hybrid positions that require skills of multiple categories and hybrid credentials.

Do you believe a restaurant recession is coming soon? What can the restaurant industry and its personnel do to deal with this recession?