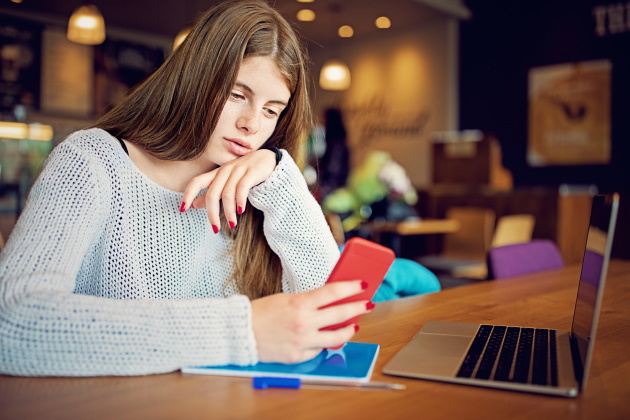 The world is ruled by technology today, and technology is almost dominating every part of our lives. There are certainly many benefits of technology, especially “the use of technology has revolutionized the way in which people communicate and form relationship with one another” (Kowalski, Leimber & McCord, 2019, p.20).

Technology has increased in “every aspect of social life: changing daily schedules, relationships, communications, work processes, and new forms of networks and existing ones” (Elci & Seckin, 2019, p. 947). Aricak, Tanrikulu, Siyahhan & Kinay (2013, p. 318), have mentioned, “Despite these positive changes, the advances in information and communication technologies also introduced problems that are unique to information age” (as cited in Elci & Secker, 2019, p. 947). Among other problems, extensive use of technology has engendered a new form of bullying, called cyberbullying (Elci and Seckin, 2019, p. 947).

The latest developments in technology have changed the practices, boundaries, contexts, and time frames of bullying. This transformation has not only changed the nature of bullying, but also helped rename the term as electronic bullying or cyberbullying (Elci & Seckin, 2019, p. 947).

Cyberbullying has been defined by several scholars variously. For instance, the National Crime Prevention Council (2016) defined cyberbullying as, “Online bullying called cyberbullying, happens when teens use the Internet, cell phones or other devices to send or post text or images intended to hurt or embarrass another person” (Para-2).

Further, Smith et al. (2008) defined cyberbullying as, “an aggressive, intentional act carried out by a group or individual, repeatedly and over time against a victim who cannot easily defined him or herself” (p. 376). Tokunaga (2010) defined cyberbullying as “any behavior performed through electronic media by individuals or groups of individuals that repeatedly communicates hostile or aggressive messages intended to inflict harm or discomfort on others” (p. 278).

Cyberbullying incidences are becoming very common in higher education settings. For instance, a white female student at Duke University in May 2010 made a fake thesis and exploited 13 male students. Further, a freshman at Rutgers University student committed suicide on September 22, 2010, after learning that he had been watched kissing a fellow male student on a webcam. Furthermore, another incident of catfishing involved a Notre Dame University football player in December 2013 (Washington, 2015, p. 22). These incidences prove that there is a need for awareness of cyberbullying in higher education settings (Washington, 2015, p. 22).

Consequences and Impacts of Cyberbullying in Higher Education

Preventive Measures to be Taken Against Cyberbullying

Cyberbullying attacks on students in higher education settings cause fear and anger and humiliate students. Therefore, students, administrators, teachers, and supervisors, and families should play an important role to improve students’ cyberbullying awareness and determine the strategy to react in such cases (Elci & Seckin, 2019, p. 955). According to Washington (2015), the following measures must be taken in higher education settings against cyberbullying:

A statement regarding expected behavior and unacceptable behavior should be outlined in the institution’s student handbook or code of conduct (Washington, 2015, p. 25).

When students are involved, a department in student affairs such as the office of judicial affairs should be tasked with enforcing the institutions policies against cyberbullying (Washington, 2015, p. 25).

The problem of cyberbullying has been increasing in higher education settings due to the high usage of the internet and other digital communications. But to combat this problem, administrators, researchers, faculty, and law enforcement should work with legislators to provide research and data to support the development of training, laws, and policies that prohibit cyberbullying (Washington, 2015, p. 26).

Thus, by following preventive measures against cyberbullying, this problem can be conquered in higher education settings. The technology that has been a boon for humanity should not turn out to be a curse.