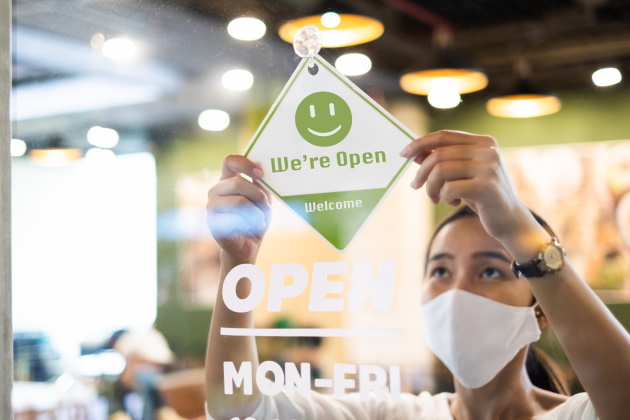 Brett Evje, a restaurant owner in Montana, has a mantra: “Business is a two-way street.”

It wasn’t a particularly groundbreaking statement before March. The relationship between customer and business was never something in question in the world before the coronavirus. Now, however, the simple phrase has taken on a greater measure of complexity.

How businesses make the decision to open or remain closed is largely dependent on that customer-to-business relationship. The fundamental questions of customer safety weighted against the need for revenue to money-stricken small businesses have become ethical and health dilemmas more so than any bottom line choice.

For Evje, and many small business owners like him, he finds his answers in his customers directly. He asks them, via email and any other form of communication, what they want to see. In his case, where Montana has been allowing 50% capacity in restaurants since May, it means reopening.

“Everybody wants to return back to normal, but from my standpoint you’re already closed, so you might as well wait and see what the reaction is going to be,” Evje said. “Our customers were really excited.”

For other businesses, there have been different answers. In some parts of the country, customers have asked for increased safety protocols. Sanitizing at night, using electronic payments, and even having a more robust reservation system so that lines are shorter at the door have all been requested.

In California, Chris Lynch is a part-owner of Everyday California, which sells surfing equipment. He noted that technology has helped his business steer clear of any COVID-19 scares since it opened in early April.

“(We) utilize technology like QR codes and Apple Pay to eliminate the need to touch any surfaces,” Lynch said. “Also, online reservations are a must. You can avoid large crowds of people waiting in line for an unnecessary amount of time.”

Some customers, according to most small business owners, have gone the opposite way. Many are frustrated with being required to wear masks. There have been multiple public flair-ups with customers refusing to leave store premises after compromising health protocols. That, however, is inevitable according to people like Lynch and Evje.

“My best advice for dealing with customers? I guess nobody said it better than Anthony Bourdain: ‘I don’t have to agree with you to like you or respect you. Keep it classy and kind,’” Evje said.

As the percentage of small businesses reopening in June is up 16 points according to a Harvard study, decisions of reopening and conversations with customers are becoming more and more frequent.

For some who have already opened, however, customers who have refused to follow protocol is less of an inevitably and more of a real issue. A Tiki Bar in Houston closed its in-person drink service in part for this reason. The small business owner said his employees were “relieved” that he decided to go takeout only.

It is a fine line to make the decision to reopen. That is what most say at least. It also complicates things even further when new restrictions have been implemented in current COVID-19 hotspots like Texas, Florida and Arizona.

For many, though, the lines of communications are open, and that is what will guide the next handful of months in the absence of firm legislation.