COVID-19 migration study shows where people are flocking to, fleeing from 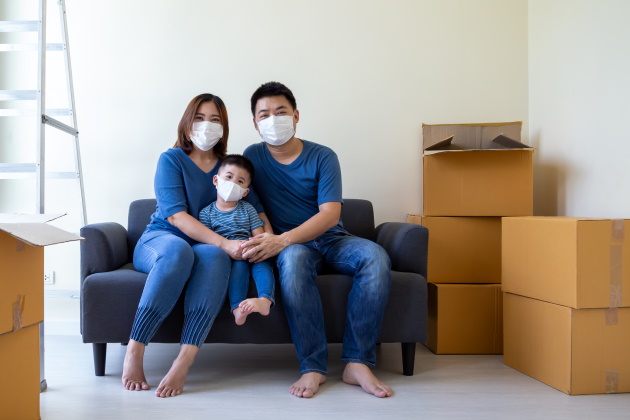 The pandemic has caused many people to shelter in place. However, people are also looking for new places in which to hunker down. And a new COVID-19 migration report by HireAHelper sheds light on not only where people are moving from and to, but also why.

You might be thinking that shelter-in-place orders would prevent people from moving at all. “The overall volume of moving service demand was temporarily lower than year-over-year trends for the beginning of the pandemic, which means consumers likely practiced some form of precaution due to COVID-19 — either staying in place or moving without movers,” says Mike Glanz, CEO of HireAHelper. “However, many states included ‘moving services’ under the classification of ‘essential services,’ which increased the likelihood of moving during the pandemic.”

Where People are Moving

The report is based on moves that took place between January 2020 and June 2020. Among cities, San Francisco and New York had 80% more people moving out than moving in. The other cities with the most people moving out were Arlington, Virginia; Los Angeles; and Alexandria, Virginia.

Among states, 64% more people left than stayed in New York, and a similar number — 63% — left California. Illinois, the District of Columbia, and Minnesota round out the top states that people left.

A whopping 194% more people moved into the state of Idaho than moved out. New Mexico (44%), which came in second place, also saw a significant increase in people moving into the state. Delaware, South Carolina, and Maine are the other three states that saw the biggest net gains.

Why People are Moving

According to Glanz, there are numerous reasons why people moved from certain places to others. “The broad appeal or reasoning behind going from one place to another depends on many variables, such as the difference between a state’s economies, job opportunities, population, schools, weather, and so much more.”

However, he says that certain themes emerged in the data. “Between January and June 2020, a sample that includes the pre- and post-COVID-19 pandemic declaration by the government reveals that only 15% of respondents who moved said they did so for COVID-19-related reasons.”

In other words, Glanz says there was a lot of “business-as-usual” moving — for jobs, family, and other reasons. People also moved for housing reasons, but they were more likely to move to another city in the same state.

Among the 15% of respondents who said they did move because of the pandemic, 37% said they couldn’t afford their housing as a result of a lost job or source of income. Another 33% moved so they could shelter-in-place with family members or friends — and Glanz says that could also be an economic reason.

“These findings reinforce that both housing — the market and renting costs — and job opportunities remain crucial to the way our country operates,” he says. “The move of people out of big cities like New York City, Miami, Chicago, and LA helps support the idea that people simply couldn’t afford their housing and opted for something more affordable like moving in with family or to a cheaper place.” And these cities may have also lost their appeal — at least temporarily. “Cities known for their restaurants and nightlife ceased to be as vibrant and exciting as they were pre-pandemic.”

Whenever you get to single-percentage survey results, the responses are always interesting. And this survey was no exception: 6% of respondents moved to a destination that had fewer COVID-19 restrictions, 6% took advantage of the COVID-19 housing market to either buy or sell a home, and 5% moved so they would be able to work from home.

Glanz says he was actually surprised that only 6% of surveyed customers were moving to go to a place with fewer restrictions. “Considering the news stories on New Yorkers flocking to Florida due to the pandemic, I thought we’d for sure see a higher number for that category.”

He also believes the increase of remote work also plays a factor in all of this. “As the workforce continues to grow in mobility, I believe we’ll see an increase in new migration trends in this country, particularly among the millennial and Gen-Z workforce.”