COVID-19 and the wild sheep decline: An interesting parallel 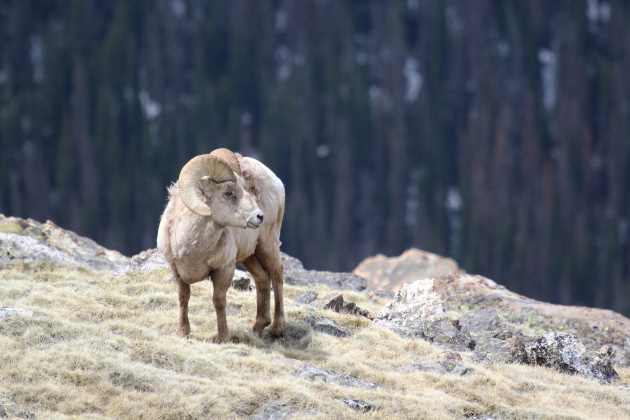 The impact of COVID-19 on humanity is nothing short of historic.

While the death toll has not and hopefully will not reach the levels of the Spanish flu of 1918, the potential is there, and the grip it has on government, commerce, and private citizens is unprecedented.

That’s why I can’t help but make parallels between COVID-19 and the near-catastrophic decline of wild sheep of the 1800s.

When Lewis and Clark set out on their epic expedition, there were around 2 million wild sheep in North America. By 1900, there were fewer than 25,000, according to some estimates.

And while it would be easy to blame it on unregulated hunting and market killing, which no doubt had some impact, by far the biggest killer was pneumonia.

Coming from domestic sheep, it hit wild herds as they co-mingled in the valleys and mountains during the westward expansion of European settlement. Millions of sheep died, and if it were not for conscientious hunters and fish and game departments around the nation, there would likely be no wild sheep left today.

It’s a story few have heard outside of wild sheep hunting and biologist circles, but now is the time.

The decline of wild sheep is second only to the government-sponsored bison slaughter in the depth of impact on a species in North America.

Humans are now quarantined, and in effect, bighorns are in many areas.

In 2016, Colorado Parks & Wildlife (CPW) officials killed six bighorns because backpackers saw them co-mingling with domestic sheep. The bacterial form of pneumonia can be brought back to the herd and transmitted to lambs.

“When you have the lambs dying, it’s hard to build a population,” said CPW spokesman Joe Lewandowski in The Durango Herald.

“As wildlife managers, we look at populations, not individual animals. In this case, we know an individual animal could spread the disease to the larger herd, and then we have a bigger problem.”

This is not an uncommon practice in wild sheep management.

While translocations, strict herd management, and grazing restrictions have brought sheep numbers continentwide into the 150,000 to 175,000 range, pneumonia is still the most significant threat. Still, there are no specials on Animal Planet or Nat Geo Wild or any other mainstream media outlets. This pandemic has been going on with wild sheep for 150 years, and only the hunting community, fish and game agencies, and biologists seem to care.

The focus should now be on saving people and the economies of the world, but there is space to teach a valuable lesson on wildlife conservation. There has never been a point in recent history where this particular story of wild sheep has such a great chance to touch the hearts of millions of wildlife enthusiasts.

During the downtime from work and school, people are looking for things to occupy their time and inspired, informative media on some of the beautiful animals in North America can help fill some of that void.

That is what this post is all about. I’m doing my best to let people know that when the dust settles on COVID-19 (and me and my family are praying daily that will happen soon), sheep will still have their own pandemic to face.

Maybe something good that can come out of this tragedy is that some young person is motivated to get involved with sheep conservation. Perhaps being isolated, afraid of mingling with others and under the potential threat of death itself because of an unseen force will inspire action.

Sheep, of course, have no way to conceptualize these things, but they don’t need to when caring conservationists are in place in fish and game departments, conservation groups, and halls of the legislature.

COVID-19 may be momentarily stealing our freedoms, but it can’t rob the wild and enduring spirit of those thoughtful enough to make a bold stand for bighorns and their thinhorn cousins.

That force is as majestic as the sheep themselves.