COVID-19 and national responses, part 2 of 2: The United States and around the globe 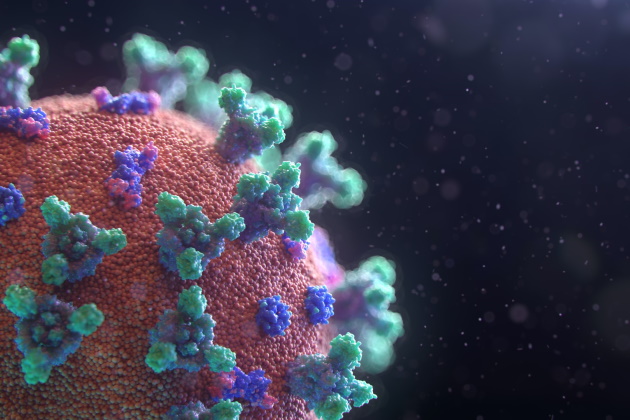 As the summer of 2020 begins, the COVID-19 pandemic shows no signs of abating. In fact, as many economies open up, spikes in infections are on the rise.

While some attribute this phenomenon to increased testing, others also point to increased community transmission. Now that we find ourselves on the brink of six months of this global battle, what can we say about the pandemic response in the bigger picture?

While some political figures may boast that the American pandemic response has been near flawless, many in the worlds of public health and epidemiology would beg to differ.

In an article posted on the website of the New England Journal of Medicine on May 28, 2020, the authors made their stance clear:

“Covid-19 has exposed major weaknesses in the United States’ federalist system of public health governance, which divides powers among the federal, state, and local governments. SARS-CoV-2 is exactly the type of infectious disease for which federal public health powers and emergencies were conceived: it is highly transmissible, crosses borders efficiently, and threatens our national infrastructure and economy. Its prevalence varies around the country, with states such as Washington, California, and New York hit particularly hard, but cases are mounting nationwide with appalling velocity. Strong, decisive national action is therefore imperative.

“Yet the federal response has been alarmingly slow to develop, fostering confusion about the nature of the virus and necessary steps to address it. States and localities have been at the leading edge of the response but have exercised their public health powers unevenly. Because science-based social distancing and targeted quarantine measures can succeed only if implemented wherever the virus is spreading, the lack of interjurisdictional coordination has and will cost lives.”

An opinion piece published by Time magazine on June 10 stated that the U.S. lags far behind. Some excerpts:

“COVID-19 remains an ongoing threat and the U.S. has just reached a tragic milestone in the pandemic that may not get much attention. The COVID-19 death rate in the U.S. has now passed 340 per million residents, just over 100 times the rate in China.

“Let that sink in: The death rate from COVID-19 in the U.S. is 100 times greater than it is in China, where the virus first emerged in humans and where the Trump Administration claims the blame should lie for letting the pandemic get out of hand.

“The hard truth in the U.S.’s sobering death rate during this pandemic is that a great many of those deaths were preventable. Countries that took swift, coordinated action have been largely able to avoid the worst effects of the virus, save thousands of lives, and start to reopen their economies, even though no country is avoiding the inevitable economic pain. The U.S., on the other hand, continues to waste valuable time. Unless it aggressively implements the lessons to be learned from successful nations, we fear the U.S. death rate may rise to 200 times that of China.”

Pew Research shows that Americans are largely divided along party lines in terms of how citizens rate federal response. Pew also elucidated that young people and those with more education are most likely to be critical.

From the journal Science to the American Medical Association, a plethora of warnings have been issued regarding the lack of plans for mitigating a second wave of infections; insufficient testing with a poor track record of false negatives for both serology and PCR testing; as well as a confusing patchwork of contradictory information from the federal government. And with African Americans bearing an inordinate “viral burden,” racial disparities are called into question.

The grade given for American performance in the face of COVID-19 may be varied based on party affiliation or individual bias. However, most signs point to a widely held opinion that the U.S. has fallen far short of how a global superpower could respond to such an historic challenge.

Pandemic Response Around the Globe

Australia and New Zealand have been touted for having more success against COVID-19 than many other countries around the world, although some struggles and outbreaks persist.

In Mexico, government obfuscation of the numbers of actual cases and deaths have been roundly criticized, with the true situation being hidden from the public.

The Peruvian government clamped down sooner than most, but that country is now a COVID-19 hotspot. And Brazil, where the president loudly downplayed the dangers, the numbers of infections and deaths are staggering.

Meanwhile, even as India moves towards reopening its economy, a dearth of hospital beds in Delhi is apparent, and this densely populated country is only behind the U.S., Brazil, and Russia in terms of infections.

Sweden’s controversial decision to not institute a robust lockdown like its European neighbors has drawn criticism due to its extremely high mortality rate, yet the Prime Minister remains on the defensive.

It will likely take many years to gain a comprehensive understanding of how governments around the globe tackled this novel coronavirus pandemic. With the first wave of infections still underway and public health officials, medical workers, and epidemiologists bracing for a second wave later in 2020, the fight is far from over and many are sure to lose their lives.

The 1918 influenza pandemic was a devastating event, with approximately 50 million deaths and 500 million infections (approximately one-third of the global population). While COVID-19 may not reach such levels of destruction, the multifaceted impact is in itself devastating in its own right.

While finger-pointing, shifting blame, and hiding from facts serve no one, we can readily see that COVID-19 response has been less than stellar in many corners of the globe.

This pandemic is far from over. May the hard lessons learned help humanity look back in a clear-eyed manner and perhaps come to see that history does not necessarily need to repeat itself if science, critical thinking, and non-partisanship in the face of great challenge are allowed to rule the day.