COVID-19 and national responses, part 1 of 2: Asia and Europe 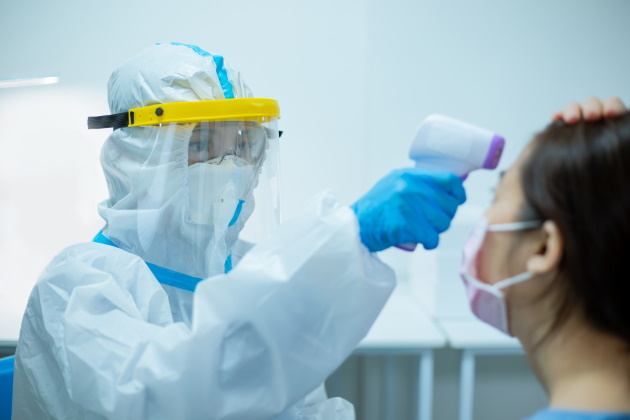 When COVID-19 first emerged and the world began to take notice, each country naturally responded in its own way. These responses were based on many factors, including available public health resources, political will, governmental structure, scientific interest and rigor, as well as the expertise of virologists, epidemiologists, and other experts.

While some appeared to downplay this threat as no more than glorified influenza, others were accused of overreaction and fear-mongering. Governments and global entities had their own perspectives on the situation, and many might argue that a lackluster response, gutted public health systems, and a muddled and relatively uncoordinated public-facing message in some quarters have ultimately cost many lives.

How have some countries handled the outbreak, and what lessons can we learn from our relative failures, oversights, and successes?

“The most striking is the use of digital tools. The successful countries have utilized such tools to coordinate tests results, to undertake contact tracing, and to implement digital quarantines. Location tracking to measure and enforce stay-at-home measures has been also employed in both South Korea and in China. These East Asian countries have likewise used innovative digital techniques to allocate scarce medical supplies. For instance, Taiwan has an application that helps balance face mask supply and demand throughout the island. Digitalization and the application of these digital tools at times intrudes on personal privacy, to be sure, yet also allows for significantly broader social openness during a pandemic than is possible in many western countries that are unable to avoid extensive lockdowns.”

An article on the website of the Center for Strategic and International Studies offered these remarks:

“The region’s vulnerability to the spreading pandemic is unsurprising given the geographic proximity and close trade and tourism linkages to China. Like other regions that have been heavily impacted, including Europe, Northeast Asia, and the United States, we are witnessing a range of country experiences in Southeast Asia based on the onset of the crisis, initial government responses, the capacity of public health systems, and broader societal and political factors.

“Singapore and Vietnam got off to a very early start in responding to the initial outbreak, which initially seemed to have kept the epidemic under control. These countries were the first to shut down travel with China back in early February, and both countries enacted extensive surveillance, monitoring, contact tracing, and isolation of those infected or in contact with the disease.”

The author continues by describing how Vietnam relied on “mobilizing its society and on massive social closures and extensive surveillance of citizens.” They closed nonessential businesses and schools, enacted mass quarantines, and placed some citizens in military-run “quarantine camps.”

In the article, Singapore and Cambodia were singled out as downplaying the virus, dismissing concerns about the risks of travel, and otherwise sowing confusion among their citizens.

Based on the number of countries, the Asian response is difficult to briefly elucidate. Suffice it to say that the response has been extremely mixed and historically significant as we continue to unravel the puzzle of the COVID-19 pandemic over time.

Johns Hopkins University has weighed in significantly by shedding light on COVID-19. In an April 2020 article featuring comments by Matthias Matthijs, an Associate Professor of International Political Economy at the Johns Hopkins School of Advanced International Studies, certain cogent points were raised:

“Several nations in the European Union are among those most impacted by the COVID-19 pandemic, with more than 275,000 cases in Italy and Spain alone.

“Public health and fiscal policy—which are the main levers in a crisis like this to make resources available and deal with economic fallouts of people losing their jobs—are solely in the domain of member states. So the COVID-19 pandemic is not something the EU is immediately responsible for.

“The initial response was very slow, uncoordinated, and did not show much intra-EU solidarity. Initially because of its commitment to open borders, Europe did not want to enact quarantine restrictions to prevent people from traveling between countries.”

In Sweden, a controversial handling of COVID-19 continues to raise questions and doubts. Reuters reports the following:

“A Swedish study found that just 7.3 percent of Stockholmers developed COVID-19 antibodies by late April, which could fuel concern that a decision not to lock down Sweden against the pandemic may bring little herd immunity in the near future.

“The strategy was championed by Chief Epidemiologist Anders Tegnell, whose recommendation for voluntary measures against the virus, rather than a mandatory lockdown like those imposed by many other countries, has divided opinion at home and abroad.

“Sweden’s strategy of keeping most schools, restaurants, bars and businesses open even as much of Europe hunkered down behind closed doors exposed it to criticism with death rates running far higher than in Nordic neighbours, even if much lower than in countries such as Britain, Italy and France that shut down.”

Since European Union member states are responsible for their own responses to events such as COVID-19, the differences among these countries can be quite marked.

In an article by Igor Rudan published by the National Institutes of Health, the author identifies several factors in Italy’s COVID-19 experience.

“Northern Italy has a very large number of very old people. In the early stages of the epidemic, the virus began to spread in hospitals and retirement homes... They did not have nearly enough capacities to assist in severe cases. Among already sick, elderly and immunocompromised people, the virus spread more easily and faster and had a significantly higher death rate.”

The Journal of the American College of Cardiology found “territorial medicine [in Italy] to be unprepared” for the outbreak, pointing out that “western health care systems have been built around the concept of patient-centered care, but an epidemic requires a change of perspective toward a concept of community-centered care.”

From France and Spain to Greece and Albania, the European response to COVID-19 brings us many lessons to examine for years to come. In Asia, widely varying visions of how to address the virus — from utter denial and obfuscation to mass testing and lockdown — offer their own take-aways.

Most observers will likely agree that a coordinated reaction to such an existential threat is necessary, yet many factors can hinder science and public health, including politics, religion, societal norms, and public willingness to cooperate.

Governmental responsiveness and messaging can hold powerful negative or positive sway over the citizenry, and in the case of the COVID-19 pandemic, we will eventually develop a more nuanced understanding of each country’s strategies utilized under duress. How we move forward from here matters, and if history is a teacher, we would be wise to be curious, open-minded students.