Could your school district run out of money? 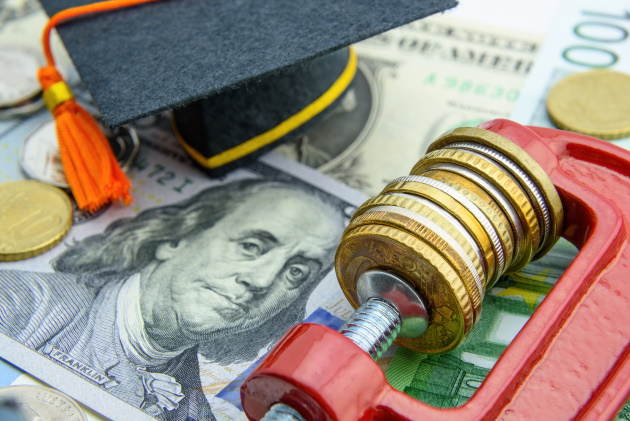 For now at least, government workers — whether local, state or federal — seem to be better off than other wage-workers. For teachers, however, that may not last. Here are the possibilities, both good and bad.

Nicholas Kristof, one of that shrinking cohort of relatively non-partisan public intellectuals who once dominated U.S. media, has written an article in the March 20 New York Times that is as provocative as its title portends, “The Best-Case Outcome for the Coronavirus, and the Worst.”

After consulting epidemiologists, Kristof concludes that the best case could mean that the virus, while not necessarily entirely gone or gone for good, could no longer present an existential threat by late summer of 2020. The best-case outcome also supposes that an effective vaccine is widely available by early 2021.

Kristof’s worst case — also proposed as a possibility in an epidemiological study released in March, 2020 by researchers at the College of London — includes over two million American deaths and an unprecedented financial depression.

As Kristof notes, this worst case includes “tens of millions of people…unemployed,” and widespread business failures. In this situation, it’s almost inevitable that sooner or later a substantial number of U.S. school districts will begin laying off teachers. The relevant questions in the worst-case outcome are: How soon will these layoffs begin and how many teachers will be laid off?

The Consequences of Inequality

The answers to both questions are that it depends on the school district. As I noted in an earlier article on U.S. education funding, the U.S. government is a comparatively minor contributor to school funding. The two dominant contributions come from state appropriations and county taxes — property taxes most importantly. Low-income states with below average tax revenues will run out of money sooner than richer states, as will low-income school districts with smaller property tax revenues.

That richer states and school districts can better survive a serious recession is obvious. What surprised me though was the extent of the difference. Poorer school districts haven’t yet recovered from the Great Recession of 2008. A decade later, for example, state education appropriations in Oklahoma were still down 20% from pre-recession levels. But coastal states have generally increased funding in the post-recession period. Oregon, for example, has increased contributions by 47%.

When Will the Money Run Out?

The money will likely run out much sooner than most teachers and parents think. Less than one year after the 2008 recession began, California, one of the richest states in the union, began cutting state education budgets, beginning with a $6.6 billion cut, followed by substantial deferments of already budgeted payments to school districts in February and March of 2009.

Thousands of California teachers were laid off in that recession. Two years into the recovery, California school districts laid off 20,000 teachers and support personnel. A year later, they laid off 1,300 more.

In the potentially extreme recession the country now faces, layoffs in poorer states and, within those states, the poorest school districts — and lacking any substantial federal emergency funding for education — will come soon and will be extensive. Adding to the potential social disruption, the outcome disparities are also racial. In New Jersey, for example, “predominantly nonwhite districts received about $3,400 less per student than mostly white districts.” Overall in 2018, predominantly white U.S. school districts received $23 billion more nonwhite school districts.

How Can We Avoid This Kind of Disruption?

The only obvious way teacher layoffs could be lessened in this crisis (aside from Nicholas Kristoff’s hypothetical best-case outcome) would be for a dramatic increase in federal emergency education funding to states.

It’s far less obvious that this is going to happen. The Republican-dominated U.S. Senate’s emergency proposal, the “Coronavirus Aid, Relief and Economic Security Act,” focus is on eliminating education requirements, not on funding. More ominously, authority to grant such waivers would be handed over the U.S. Secretary of Education Betsy DeVos, no friend of public education.

As of March 20, President Trump has signed two emergency funding bills. One of them, an $8 billion bill, provides limited funds for paid employee leaves. Presumably, some of this money could go to laid off teachers. But the disparity between the estimated $1 trillion dollar need for coronavirus-related funding support to individuals, small businesses and large business — a thousand billion! — and the amount of money provided in bills proposed thus far is stark.

Even so, in the currently proposed legislation most of the money would go to big business, the same emphasis, later widely criticized, that characterized federal support in the last recession. If this kind of emphasis prevails in forthcoming emergency legislation, U.S. teachers are going to be hit both hard and soon.