Could the pandemic mark the end of surprise medical billing? 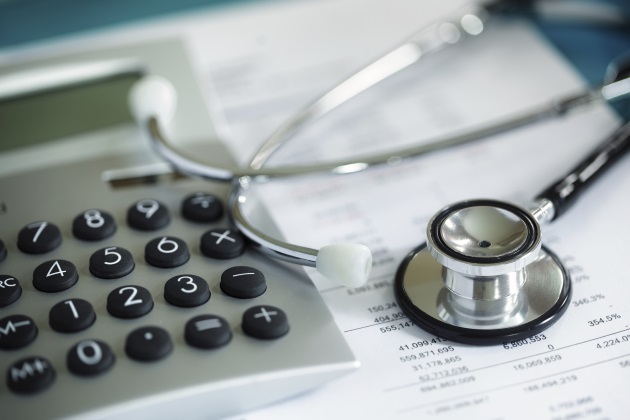 The White House has said "no" to surprise billing of patients receiving treatment for COVID-19, and hospitals agreeing to accept money as part of the $2 trillion stimulus bill must agree not to engage in the practice.

Surprise billing happens when a patient with health insurance is treated at an out-of-network hospital or when an out-of-network doctor assists with the procedure at the hospital. Bills for such services can range from hundreds to tens of thousands of dollars.

"The Trump administration is committed to ensuring all Americans are not surprised by the cost related to testing and treatment they need for COVID-19," said White House spokesman Judd Deere in a statement.

The hospitals that accept money from the stimulus plan also must not collect more money than the patient otherwise owed if the medical attention had been provided in-network.

The White House said it also received commitments from health insurers, which agreed to not bill patients for co-pays or deductibles for virus testing. Several insurers are waiving co-pays for coronavirus treatment provided within their networks.

The stimulus includes $100 billion for healthcare systems to brunt the damage done in the wake of the collapse of elective procedures.

Considered unjust, the practice is opposed by both parties in Congress.

Democratic and Republican members of the House Energy and Commerce Committee tried developing legislation to stop surprise billing. In the Senate, members of the Health, Education, Labor, and Pensions (HELP) Committee were drafting a similar bipartisan solution.

The subsequent agreement would have fixed how much doctors could charge for surprise bills, subject to appeal. It also required insurers to cover these costs. The proposed legislation had bipartisan support.

"I do not think it is possible to write a bill that has broader agreement than this," said Lamar Alexander, the Republican chairman of the Senate HELP Committee. Frank Pallone, his Democratic counterpart in the House, agreed. "I'm hopeful that this bipartisan, bicameral agreement can be voted on quickly."

The committees announced the deal on Dec. 8. The insurance industry endorsed it. So did consumer advocates. The White House supported and pushed for its inclusion in a must-pass Dec. 20 spending package. But within two days, hospitals and doctors’ groups opposed the proposal. The American Medical Association fought it. The American Hospital Association said it would jeopardize patient access to care.

The Dec. 20 deadline came and went. Nothing changed.

Eliminating surprise billing would save people with employer-provided health insurance as much as $40 billion annually. But surprise billing lets doctors extract more money from patients and demand higher payments from insurers.

"You piss enrollees off so much, piss patients off so much, that they then complain to their insurer or employer, who are then willing to pay even more," said Loren Adler, a health policy expert at Brookings. Insurers then pass along higher costs to patients in the form of higher deductibles and premiums. Employers pass the cost on to workers by keeping their salaries down.

House Energy and Commerce ranking member Greg Walden (R-Ore.) is pushing to get surprised billing legislation into a future package to address the impacts of the pandemic. Walden said that he has been working with Chairman Frank Pallone (D-N.J.) on the problem.