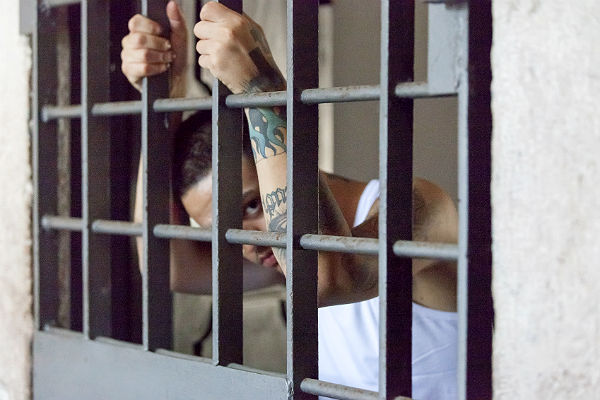 “Don’t forget those confined” becomes essential to remember as the common threat of the coronavirus pandemic continues.

While free people rush about getting errands done, like procuring increasingly rare toilet paper rolls and hand sanitizer, confined people are physically separated from the rest of society by design, placing them in an extremely vulnerable position as the pandemic’s scope widens.

Some U.S. corrections facilities have responded by instituting mass lockdowns, like large-scale quarantines, while others are letting people out early — especially nonviolent offenders.

Criminal justice responses to coronavirus are as varied as predictions about infection rates, threat durations, and overall social and financial impacts.

In a phone interview with MultiBriefs, Smith reports that coronavirus protocols have been put in place at his facility. He interacts with around 30 people daily, and he reports patients have been informed about coronavirus: “We’ve been told to make sure we wash our hands, sneeze into our hands or elbows, don’t touch surfaces, keep environments clean, disinfect, etc. They’ve limited our group interactions, the number of interactions you have with people.”

When asked what would happen if the facility got overwhelmed with coronavirus cases, Smith explains his facility is down the road from a “big hospital, and patients can be there within 10 or 15 minutes by ambulance.”

As someone with a compromised immune system due to Crohn’s disease, Smith reports feeling confident in Dutcher’s ability to keep him COVID-19 free. He explains that “psychiatric facilities tend to be attentive to my needs.”

He continues: “Some people are business as usual. Some watch the TV news about coronavirus. The main concern is that the only exposure we are going to have from the virus is from the staff. We are in a controlled environment. One staff member may venture out and bring in the virus. That’s the main concern.”

Other protocols Dutcher is using is cancellation of groups, with an oscillating visitation policy refusing visitations on some days while allowing one visitor per patient on other days.

Rehab trips into the community — outings like Walmart and bowling — have been cancelled, according to Smith.

While coronavirus surely ushers in more free time for patients who normally attend a wide array of support groups and activities, “Dutcher is doing a great job, maintaining and keeping us posted and keeping protocols in place to keep us safe,” Smith concludes in the interview.

Dutcher has cancelled all transfers for the time being.

That’s one example of current conditions in a state criminal psychiatric facility near New York City (with 950 COVID-19 cases), while Connecticut reports 41 cases so far.

Many states already face unhealthy facility overcrowding. As coronavirus spreads and threatens to contaminate prisons and jails, the federal system — which has 175,000 inmates, considers lockdown as a way to deal with contamination.

The lockdown approach, which hasn’t been used by the Federal Bureau of Prisons since 1995 after riots, is one possibility being considered. So far, inmates in federal facilities cannot receive visits for one month. This is the same policy Immigration and Customs Enforcement is using at its facilities: reduction of visits.

Many advocate that our nation’s jails and prisons are already unhealthy, featuring overcrowded institutions promoting violence and recidivism through a militarized and punitive climate, staff abuse, medical and social neglect, outdoor deprivation, restricted education, job training, and drug rehabilitation programs. Some states and counties respond to the reality that these institutions are not designed to reasonably address the virus with reasonable approaches, like arrest/court appearance reductions and early releases.

Others hold on to business-as-usual climates, perhaps awaiting more news about local contagion numbers or requiring public pressure to shift the gears.

Washington state has a high rate of infection but has done less to reduce inmate risk than Cuyahoga County (Ohio) Courts, which has released a precedent-setting hundreds of inmates to avoid contamination in Cleveland.

Common Dreams calls mass incarceration a public health risk and calls for Washington state to follow in Ohio’s footsteps: “On Monday, the ACLU joined with the Northwest Immigrant Rights Project (NWIRP) in suing ICE on behalf of immigrants detained at Tacoma Northwest Detention Center in Tacoma, Washington, near the epicenter of the first COVID-19 outbreak in the United States.”

Pre-coronavirus, early releases and sentence commutations, like in Oklahoma, were growing more common as mass incarceration policies gave way to rehabilitation and non-confinement approaches like pretrial diversion. Prison reform has introduced institutions to pandemic preparedness conditions. Efforts to reduce inmate overcrowding are national, yet now “social distancing” is required to avoid infection, and this is unavailable to confined individuals.

The weeks and months ahead should witness confinement policy changes nationally. People serving time in our nation’s notoriously crowded and unsafe facilities are not people who were sentenced to grow gravely ill or die by contracting a highly communicable virus that is life-threatening. (Nursing and group homes for elderly and disabled people also face major challenges preparing for coronavirus.)

Coronavirus contraction, or even its threat, should be considered cruel and unusual punishment, and therefore unconstitutional as it violates the Eighth Amendment.

Iran has announced the release of up to 85,000 prisoners due to virus threats. Italian prisoners on lockdown without visitation rights have had riots over prison conditions, killing 12 inmates. Other inmates have escaped to a virally contaminated world, but one offering the social distancing opportunities advocated by prison and confinement abolitionists worldwide instead of their previous confinement conditions.