Coming to your workplace soon: Legal protections against hair discrimination 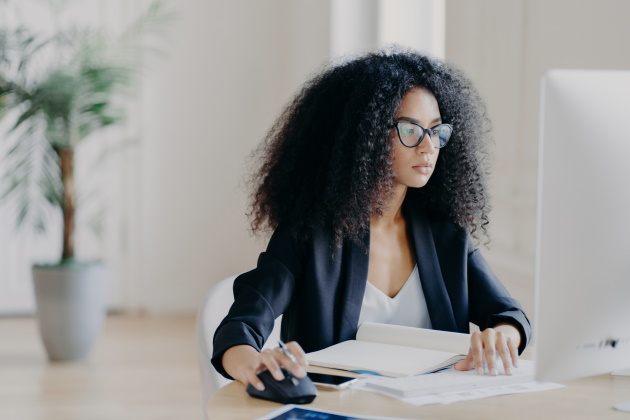 Employers routinely try to control employees’ professional appearance at work through personal appearance policies in their employee handbooks. Now, unwitting employers risk claims of discrimination based on hairstyle under a new type of law or legal theory that is taking hold across the country.

Last year, California passed the CROWN Act, short for Creating a Respectful and Open World for Natural Hair, which prohibits discrimination based on natural hair style and texture. That law has become a model for similar legislation in other states, counties and cities.

The CROWN Act joined the ranks of viral social movements along with #MeToo and #BlackLivesMatter. As evidence of its reach, the 2020 Academy Awards saw the movie “Hair Love,” an animated short film about natural black hair win an Oscar for Best Animated Short Film. The director lauded the CROWN Act during his acceptance speech.

Moreover, Glamour Magazine’s September 2020 edition is dedicated to Black hair and to publicizing the CROWN Act. Celebrities such as Keke Palmer and Gabrielle Union have become spokespersons for the movement as it gains high-profile publicity.

Studies show that appearance is linked to success and, naturally, employers want to regulate the appearance of their workers. One’s looks can affect perceived traits such as intelligence, motivation, and overall capability.

Appearance has not been typically viewed as a legally protected characteristic. Title VII of the 1964 Civil Rights Act only prohibits employment discrimination on the bases of race, color, religion, national origin, and sex. Other federal laws also create protected classes based on age, disability, pregnancy, familial status, veteran status, and genetic information. Characteristics such as height, eye color, blood type, and weight, however, are not protected in most situations. Federal law typically only addresses a person’s immutable — or unchangeable — characteristics.

Proponents of this new legal theory argue that hair discrimination is not appearance bias but rather a conduit for racial discrimination. The CROWN Act sprung up partially as a result of a 2013 Alabama case where the Equal Employment Opportunity Commission filed a racial discrimination lawsuit on behalf of a Black job applicant who was offered a job as a customer service representative but was informed that her dreadlocks violated the company’s grooming policy. When she refused to cut and restyle her hair, the company rescinded its offer of employment.

The Southern District of Alabama dismissed the claim, stating that hairstyle is not an immutable characteristic protected by Title VII because it can be changed. In upholding the opinion, the 11th Circuit Court of Appeals in 2016 stated that “Title VII protects persons in covered categories with respect to their immutable characteristics, but not their cultural practices.” The court considered hairstyle a matter of individual expression rather than a biological imperative. Despite pleas from special interest groups, the Supreme Court refused to review the case.

Other courts have also refused to expand protection to an individual’s hairstyle. The U.S. District Court for the Southern District of New York dismissed a case against an airline where a black employee was fired for refusing to take out his cornrows. The court noted, however, that hair texture was different than style. If the company had banned natural Afros rather than corn rows, it may have violated Title VII because hair texture constitutes an immutable characteristic.

Many state legislatures have now acknowledged the public’s interest in hair equality by introducing a version of the CROWN Act in their states. States such as California; Colorado; Maryland; New Jersey; New York; and Washington, and cities and counties such as New York City; Cincinnati; and Montgomery County, Maryland, have passed similar laws. In fact, at last count, over half of the states have considered adopting laws following this legal theory.

On a federal level, Sen. Cory Booker (D-N.J.) and Rep. Cedric Richmond (D-La.) introduced legislation modeled after the CROWN Act in December 2019 in both chambers of Congress. According to H.R. 5309, it would specifically prohibit discrimination based on hairstyle or texture “if that hair texture or that hairstyle is commonly associated with a particular race or natural origin.”

Based on these recent developments, you should be sensitive to and aware of this new movement to create protections for hairstyles. In addition, you should take the following concrete steps to avoid potential litigation:

Most importantly, appearance policies should be tailored to align with professional dress codes and employee cleanliness.

The hair revolution has begun, and it will continue to sweep through the media and legislatures alike. Do not let your company become another unfortunate headline or a test case

Lastly, if you need to work out the contours of your appearance policies or train your employees on the nuances of the CROWN Act, you should consult your employment attorney.