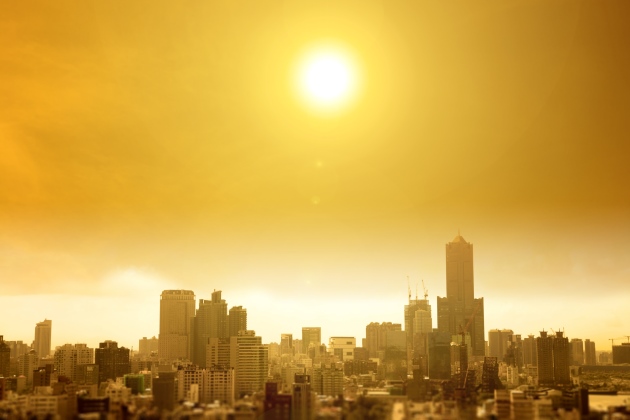 This position is just one example of the growing appeal of climate science across party lines.

The GOP is now ready to more widely embrace climate preparedness after years of establishing an anti-science reputation. Perhaps the best example of this new climate bipartisanship is how billionaire and former New York City mayor Michael Bloomberg began to get involved in energy politics by donating millions towards clean energy alternatives.

Cynics amongst us may view these maneuvers as nothing more than efforts to gain market share leads in growing sustainability industries. Perhaps this is the case. But there’s also the fact that more people are affected by climate-related disasters.

This makes climate change awareness more mainstream, allowing for new positions in politics. This is definitely what has happened in Florida, as the state still recovers from Hurricane Michael’s ravaging of the Panhandle last October.

None other The New York Times has reported on this growing Republican climate science phenomenon: "It is at least partly opportunistic, given that some lawmakers are simply reframing long standing policies or priorities as ‘climate’ policy. Still it is a significant shift, indicating that at least a few prominent Republicans see an advantage to breaking from right-wing orthodoxy that has long dismissed or openly derided concerns about the climate."

While a strengthened bipartisan climate science agenda is considered progress, there’s also the problem of using it to push for controversial solutions to dirty energy: including nuclear energy and carbon capture technology.

But we should consider the larger influence that pro-climate science forces can have on the popular conversation, too.

In early May, House Democrats voted to block Trump from officially exiting the 2016 Paris Agreement. The Climate Action Now Act requires the U.S. to honor its goal to "cut U.S. greenhouse gas emissions by 26%-28% below 2005 levels by 2025."

The Act also prevents federal funds to be used to withdraw from the Agreement. The Senate is not likely to pass on the Act, which means that Trump’s threat to withdrawal is still on the table and could happen next November.

The Paris Agreement was originally signed by over 195 countries, but President Trump continues his preferred policies, undermining established environmental legislation, and rolling back decades of progressive environmental research and policy.

Climate change advocacy is now coming from Democrats, Republicans, Greens, and direct action activists alike. The problem is that climate change encompasses so many divergent agendas, it is difficult to coordinate actions. Now that we see the issue include more GOP involvement, there no doubt policy proposals will change.

But real action would look more like rapid-fire passage of the Green New Deal, which is more comprehensive than either the Paris Agreement or the Climate Action Now Act. If the Deal is being sold along traditional lines, like climate preparedness and green-collar jobs, then it is much less likely to appeal to the GOP. But this can change as well, as new ways to "sell" the Green New Deal — or its equivalent — include a national security angle.

Simply stated, national security is threatened by energy dependence. This wouldn’t be such a controversial statement if it didn’t involve a massive troop withdrawal from the Middle East as a remedy.

While debates about the feasibility of energy independence continue, more people are beginning to see demilitarization as a climate change issue, writes Thor Hogan in The Washington Post, "Global oil prices might increase in the near term if we stop providing security to the region, but we have adequate supplies to weather the transition period, and our domestic unconventional oil and gas producers might benefit from higher prices. We could also reduce our military budgets by at least $50 billion annually and redirect that funding toward enhancing economic and climate security here at home."

While $50 billion sounds like a large number, it is conservative when you consider the total federal budget for 2018 was $3.9 trillion, with $716 billion of that earmarked for one of the largest military budgets in U.S. history.

It is inevitable that climate change awareness will grow more bipartisan as we collectively face dwindling oil supplies. Real bipartisan approaches require the GOP majority at state and federal levels to overcome science hostility, as we are now witnessing.

A Republican-led climate science initiative may not become the new normal, but it certainly shifts the policy terrain in interesting and unpredictable ways. The real battle will be around the military budget: the elephant in the living room of sustained dirty energy dependency.