Clearing up the confusion around rifle caliber 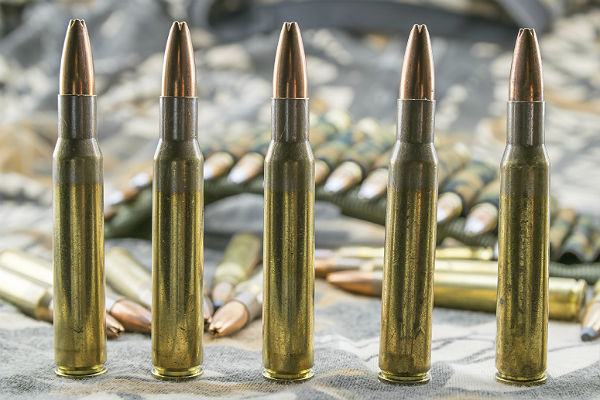 Caliber is the approximate diameter of the inside of the barrel on a firearm or the diameter of a bullet, and is usually expressed in inches or millimeters. In addition to using different units of measurement, different countries sometimes use different methods of measuring caliber.

Because of these factors, deciphering the actual diameter of a bullet or the bore size of a firearm can be bewildering. However, I'm attempting to clear up some of the confusion in this article.

Switching between the metric (millimeters) and imperial (inches) systems of measurement is relatively straightforward. There are 10 millimeters (mm) in 1 centimeter (cm) and 2.54 centimeters in 1 inch (in). Therefore, when a caliber is given in inches, multiply it by 25.4 in order to convert it to millimeters. The opposite is also true: divide a caliber expressed in millimeters by 25.4 to convert it to inches.

If you are looking for an approximation of the bore size or bullet diameter, that is all you need to know. However, if you want more specific details, then you'll need to dig a little deeper.

The caliber of a rifled barrel is measured one of two ways:

The .30-06 Springfield is an American-designed cartridge, and most (but not all) cartridges originating in the United States use groove measurements (which are larger than land measurements) when measuring bullet diameter. So, even though the bore of the rifle (measured across the lands) is .30", the actual bullet diameter is .308" because the bullet must closely match the groove diameter (.308" in a .30-06) in order to form a good seal in the barrel.

To make things even confusing, most cartridges designed in other countries use land measurements. Take the 7.62x39 mm cartridge used by the AK-47 as an example. At first glance, it would appear to use a bullet with the same diameter as the .30-06 Springfield, since they are both 7.62 mm cartridges.

For some applications, such as purchasing a bore snake, that difference is not significant at all. Since they are usually sold to fit a range of bore sizes, a .30 caliber bore snake will work equally well on rifles chambered in .30-06 Springfield, .303 British, and 7.62x39 mm (among others).

However, .004" is a significant difference when it comes to actually shooting a bullet. While it may seem obvious, the way to avoid problems with improperly sized bullets is to shoot the right ammunition in your guns. If you're hand loading, you should use a reputable reloading manual to ensure you're using the right-sized bullet when hand loading for a particular cartridge.