Cities: Welcoming the era of the American mayor 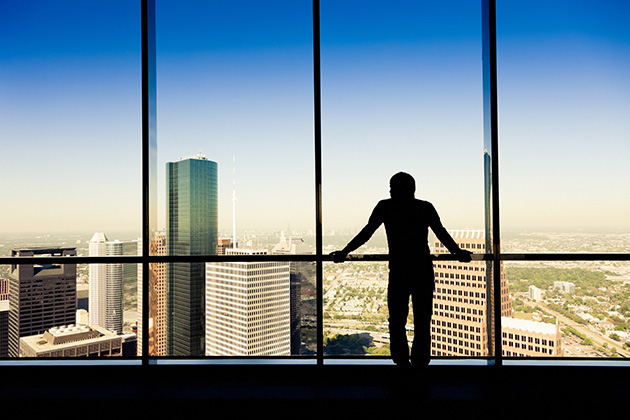 As Donald Trump's inauguration approaches, let's begin this series on cities by looking at the rising power of city mayors in the U.S., and why their emergence may calm the nerves of liberals contemplating life under President Trump.

Experts predict that by 2050, 75 percent of the world's population will be living in cities, and in the U.S. statistics show a reversal of the so-called "suburban exodus" as Americans move back to urban areas.

İn tandem with these shifts, bombastic and controversial mayors in the world's megacities — like Boris Johnson in London and Enrique Penaloso in Bogota, Colombia — have become pop culture symbols.

In the U.S., only a handful of big-name mayors like Rahm Emanuel and Bill de Blasio compete for the headlines, but the cast of characters among mayors is still more eccentric than bland national politicians — quirky former Denver mayor John Hickenlooper (now Colorado governor) was known for riding around on an Aprilia scooter.

The mayoral model in the US takes a number of forms. In the largest cities, such as New York and Chicago, there is a strong mayoral system, while in other smaller cities there is a council-manager system where a CEO mayor presides over a city council.

However, mayors are playing to a dramatically different audience than national political representatives. Electoral maps show vividly that the political divide in the U.S. has shifted from a North-South one to a predominantly urban-rural one. Even Salt Lake City — in notoriously conservative Utah (the state hasn't voted Democrat since 1964) — voted for Hillary Clinton in November.

Only 27 of America's 100 biggest cities have Republican mayors, despite Congress now being controlled by the GOP and widespread panic over the election of Trump and its impact on (predominantly urban) liberal values.

Despite increasing recognition of the importance of the "urban machine," voter turnout for U.S. mayoral elections has collapsed since its peak in the 1960s — in 1970s Los Angeles, turnout was 79 percent, but today getting more than 20 percent to turn out is seen as a victory.

Some have suggested that 50 years ago, voters were more likely to pay attention to their city council because high crime rates and racial tensions meant "the city's future seemed to be at stake." But if ever the future of cities were at stake, it is now.

Immigration was one of the most divisive issues not only in the U.S. presidential election, but also in Brexit and in a wave of upcoming elections in France, the Netherlands and elsewhere in Europe. Several U.S. cities have gone from majority white to majority ethnic minority since the 1960s as cities have restructured, and the trend is set to continue.

Harvard's Bob Putnam warns that while diversity is essential for a city to thrive, "It's not easy to do diversity. That diversity brings out the turtle in us." This is the task of the next generation of mayors.

Recognizing this reality, the World Mayor 2016 award, organized by the City Mayors Foundation, will be awarded to a mayor "who has accepted the challenges posed by migration but is also convinced of its long-term benefits." Christopher Louras of Rutland (Vermont) — who is welcoming 100 Syrian refugees to his declining town — is the only U.S. mayor to make the short list.

So how much power do American mayors have to influence the direction of their city and their country? When it comes to urgent problems such as social integration, education and housing, there is a growing sense that the city is the best level at which to address them.

Moreover, many of the policy issues that people worry Trump will backtrack on are essentially urban issues — Barber notes that cities are the source of 70 percent of the world's greenhouse gases, and argues that an emerging phenomenon of "networked glocalism" is better placed to address environmental issues than Trump's reining in of the EPA.

Liberals across the U.S. are rightly concerned at the message that Trump's statements are sending, particularly its implications for the American tradition of tolerance and diversity. However, in a comment by former New York mayor Fiorello LaGuardia liberally quoted by urban advocates, "There is no Democratic or Republican way of fixing a sewer."

Indeed, Shirley Franklin — the first black woman to run a southern city — claims she was known as the sewer mayor and the infrastructure mayor. As we enter the political uncertainties of 2017, while Congressman are arguing over ideology in Washington, mayors will be quietly and pragmatically going about their work.

It is tempting to conclude that the countryside won and cities lost in November's elections.There are serious questions over the wisdom of further dividing the electorate, and the task of bridging the rural-urban divide is a vexing one across the globe.

But there is something undeniably refreshing about the technocratic focus of mayors in cities large and small.