Chief Elusive Officer: 21% of non-managers have never met their CEO 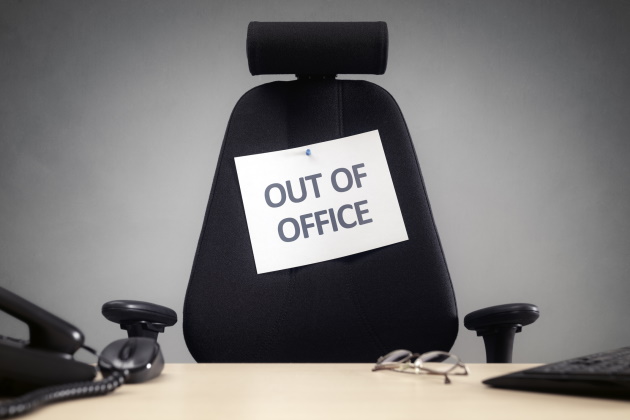 The Chief Executive Officer (CEO) is usually the most visible person in the organization and is responsible for not only setting strategy and direction, but also for setting and modeling the company’s culture. However, it may be hard to rally the troops and set an example when some of the troops don’t see the person in charge.

According to a recent report by Unit4, a people-based ERP software provider, 21% of employees in non-managerial positions have never met their CEO. In addition, less than half (42%) have ever met the CEO in a one-on-one situation. Is this a problem, and if so, why?

Mike Ettling, CEO of Unit4, believes it’s definitely a problem that so many non-management employees haven’t met their CEO. “When CEOs are disconnected from a portion of their business, they could be missing insights that may prove to be invaluable,” he says.

This level of elusiveness is also problematic because it can erode trust, and that’s the number one core value for CEOs around the world, according to Terence Mauri, a global leadership expert and author of “The 3D Leader: Take Your Leadership To The Next Level,” which comes out in June.

“I define trust as a confident relationship in the unknown: it’s the foundation of every action, relationship, and transaction, and that lack of contact and lack of visibility and transparency are trust destroyers,” he says.

Trust is so important that Mauri advises CEOs to prioritize it alongside growth and profitability. “Trust should be baked into the DNA of the culture — making everyone in the company feel valued, supported and connected to the CEO’s higher purpose.”

The more teams trust their CEOs, he says the greater their levels of commitment and contribution to the organization. “It’s the job of the CEO to scale trust inside and outside the organization, and ensure their words are aligned with their actions,” Mauri says.

In light of the recent workplace changes as a result of COVID-19, Ettling says this topic is even more pertinent. Organizations must make a conscious effort to ensure that remote workers don’t become disengaged. “It’s our responsibility as leaders to keep morale and culture high on the agenda, and to give people the technology to help them feel engaged.”

But even before this worldwide crisis occurred, Ettling says it was problematic that more than 1 in 5 non-managers never had any contact with their CEO. “These forgotten employees are left feeling disengaged, which often leads to much lower employee happiness and decreased productivity — both of which have direct implications on a company’s bottom-line,” he says. “The Chief Elusive Officer, as we call it, is playing into the growing global trend of stalling productivity rates, and in the U.S. last year, productivity slowed significantly.” During the third quarter of 2019, the U.S. Labor Department reported that U.S. productivity fell for the first time in nearly four years.

“This must be addressed immediately because weak growth in workplace productivity is often reflected in the economy’s overall health and expansion rates,” Ettling says. “In the current situation with the spread of COVID-19, it’s especially important for leadership to think about their people and their wellbeing, as they find themselves creating and implementing a remote work plan across their business for the first time.”

Leadership has to set the tone for employees — and he says this is even more important to those who are accustomed to traditional office settings. “Whether this is in the form of sending out remote work tips and best practices, or instituting regular check-ins with managers, CEOs should be setting the bar for productivity and engaging more than ever with employees.”

The workplace must evolve

The survey also found of 37% of organizations rarely or never seek input from employees. “In a time when attracting and retaining talent is more competitive than ever, a rigid, hierarchical business structure is simply no longer suitable for the majority of organizations,” Ettling explains. And with remote work, it’s even more outdated. There’s no end date for COVID-19, and he says the workplace must evolve as soon as possible to help soothe anxieties and as much as possible, maintain business as usual.

“In order to lead more effectively, CEOs need to ensure employees are empowered and feel their voices are being heard,” Ettling says. “By tapping into the knowledge of their entire workforce — not just upper management levels, organizations can enhance productivity and performance by making employees at every level feel valuable.” He believes that a positive, open, corporate culture might be one of the most important resources an employer has to offer. “That’s because of its ability to foster employees’ professional and personal growth in an environment where they feel comfortable and safe.”

A people-first mindset acknowledges that employees are looking to the CEO for guidance and support during this trying time. “Setting an individual example of egalitarianism and fairness should permeate throughout an organization, as it will provide the benchmark to set a more equitable and democratic structure for others to follow,” Ettling says.

Another interesting finding from the survey: 62% of non-management employees have never received a company-wide email from their CEO. “The lack of even the simplest, most direct outreach demonstrates a clear need for CEOs to increase their engagement with their workforce.”

However, something as simple as keeping employees in the loop regarding what’s going on can help to build trust and loyalty. Technology can help, but Ettling says it doesn’t replace good leadership.

Inspiring the workforce toward a collective ambition

Keeping employees in the loop extends beyond updates on when everyone can return to the office. Mauri believes that employees should know and understand the company’s mission and goal. “Every leader is in a race to the future and more companies are dying younger than ever before.” He says there are three reasons why it’s mission-critical for CEOs to empower the entire team toward a collection ambition.

Diversity: “Leaders have a moral and ethical imperative to harness the power of diversity, and not just gender diversity, but diversity of thinking as well.”

War for talent: “Great talent is hard to find — let alone retain — in a hyper-competitive landscape.” Mauri says CEOs must replace the outdated “command and control” leadership style with something better suited for the 21st century: inspire and empower.

Purpose: “Uncertain times require certainty of purpose,” Mauri says. “It’s impossible to achieve anything as a CEO if teams don’t know their purpose and can’t put it to work at scale.”