Change may not be easy in healthcare, but it is possible 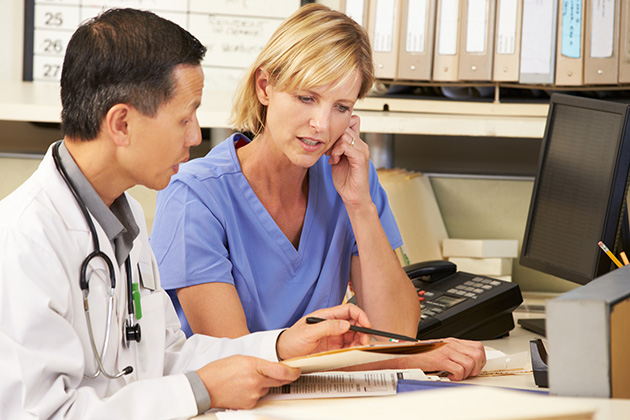 Healthcare is one of the most dynamic industries. Not only are new discoveries, modalities, equipment or medications being introduced at a rapid pace, but the unpredictability of taking care of humans and their uniqueness also creates an extra challenge.

However, one thing that remains constant is the desire of healthcare workers to provide excellent, efficient care. So the challenge in healthcare is figuring out how the front-line healthcare providers can implement evidence-based practice into their daily patient care.

The biggest challenges in implementation of evidence into practice are a lack of willingness to change and poor processes to facilitate implementation. Although challenging, it is not impossible.

Overcoming lack of willingness to change

Frequently, when a change in practice is suggested or even mandated, the potential for pushback is real. Often staff perceive change as a reflection that they have not been doing it right or even threatened on how the changes will impact their daily practice or patient outcomes.

Although most front-line healthcare providers recognize the changing workplace and the need to implement the best practice, they frequently are territorial of their practice. Humans do not like change. It is uncomfortable. Then, when you take into account the years it takes to learn to practice smoothly, the thought of more change does not go over easily.

When suggesting practice change, it is key to include the end users who will be affected the most by the change. They should be included in conversations and part of process implementation. By including the end users, there is likely to be more buy-in and hopefully advocates when the process or change is ultimately implemented. It is more important than ever for any system change to have significant buy-in if there is hope for success.

Alison Mason, MS, RN, national director, quality informatics, at Englewood, Colorado-based Catholic Health Initiatives, has come up with an innovative way to include the bedside provider in the implementation of evidence-based processes. As new initiatives are introduced, if staff members see a concern, they have an opportunity to challenge the new initiative through an established process. As a part of the challenge process, the staff member must provide citations and recourses to support their concerns.

This process allows the staff members to become integral partners in the evidence-based process improvement. They are included in all communication and concerns with all stakeholders and/or vendors, making them completely involved in the process. Not only are their concerns being heard, but ultimately the new process is validated, ultimately helping with buy-in.

It has been postulated that it can take an average of 17 years for new evidence to be implemented into practice. With so much new research flooding the healthcare sector, it is almost impossible for the average healthcare provider or system to keep pace with applicable best practices.

Kaiser Permanente Southern California aimed to improve the process for implementation of evidence-based practice by creating a streamline process for evaluating and implementing new research.

After some investigation, it became evident that no one individual could analyze data from different avenues of healthcare. So a project manager was hired and E-SCOPE — Evidence Scanning for Clinical, Operational, and Practice Efficiencies — was born. Using a team approach, the medical leaders have a support system in place to make the processes more efficient.

Over the past two years, the E-SCOPE process had been able to implement 17 evidence-based practices into their hospital systems.

As part of the desire to do the best for our patients and also be mindful to sustain efficient and effective healthcare systems, new processes for implementation will need to be considered and conceived. However, as part of it, stakeholders need to be part of the solution and not roadblocks that continue to embrace the sacred cows that no longer are best for our patients.