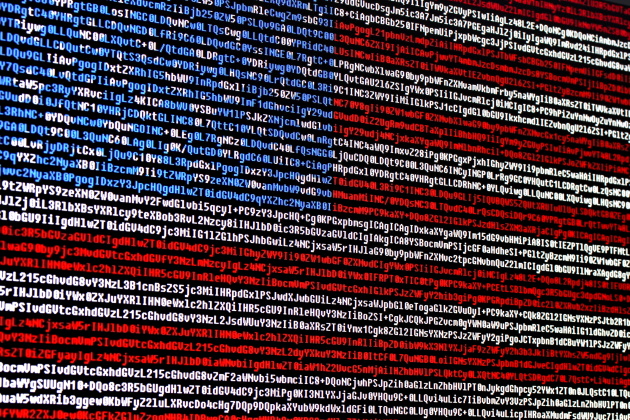 Managing an upward trajectory and positive environment that fosters the strength of U.S. technology companies is a topic that played large at CES this year. The world’s largest consumer technology exchange ended last week after it successfully executed the entire event online for the first time in its history. For more than half a century, it has been held in Las Vegas in early January for four days of intense meetings between thousands of innovators and those who can bring new technology to market.

To offer the U.S. government perspective on these events was CES CEO Gary Shapiro, who sat down with Brian Deese, President-elect Biden’s pick to direct the National Economic Council (NEC) in the days going forward, for a discussion of what may be ahead in leadership.

The council, created by executive order in 1993, is tasked with coordinating economic policy on behalf of the president and across all agencies as a method for streamlining decision-making with the right information at right time and in right cadence. Deese replaces Larry Kudlow, who infamously declared in last February that the virus outbreak was contained. For this new roundtable process, Deese discussed the challenges and hopes ahead for righting some of the wrong turns taken over the past few years in global economic policy.

With first things first, Deese is looking at the challenges of dealing with and mitigating the spread of COVID over the next few and very critical months. And while the vaccine itself may be a testament to American innovation and technology and the role partnership plays between public and private sectors, we are far from taking any pats on the shoulders.

“To be clear,” he told Shapiro, “this is going to be hard, one of the most complicated operational challenges in this country’s history. Technology companies can help in public health response. The president-elect wants to see schools open safely and that is a place where broadband and bridging the digital divide by partnering will be key.”

Beyond addressing the pandemic in the short run, the new White House will take a sharp look at what will be good for economy and using as a barometer whether the middle class will have a level of economic dignity and the wherewithal to achieve higher economic goals.

“We have underused economic capabilities in research and development, and we have the manufacturing capabilities to build up those strengths,” he said, noting how a new umbrella strategy, alliteratively titled “Build Back Better” is squarely in the center of this metaphoric roundtable.

“We have big structural challenges that have held back our country’s potential. There is a lot of opportunity to partner as we go hard at this economic crisis and address the real inequities across the spectrum — and we want to build back better. For instance, take the climate crisis and the ways we can build back better to that address that. Also in this crisis strategy is the targeting the black- and brown-owned businesses and finding ways to funnel more investments to those areas toward long-term structural changes,” said Deese. “In the past we have put too much focus on macro-economic forecasts, not looking at how we are growing. A healthy north star is one in which growth is being broadly shared — across populations in communities, especially in populations that have too often been left behind.”

Besides taking up the charge of wresting the country from the grip of the pandemic, climate change is top and center and will provide plenty of opportunity to companies who want to partner in these efforts, he said. But day one of the new regime will also usher the seminal act of rejoining the Paris accords and clearing up discord with U.S. allies, as well as opening up dialogues with China.

“Day one we are committed to rejoining the Paris agreement, but just rejoining Paris is not sufficient because we have lost critical time over the last few years. So that means also engaging with allies across the world to work on increasing efforts in climate mitigation and emissions reduction in a multilateral way,” said Deese.

“We will also be engaging directly with the Chinese and their climate change commitments and looking for ways we can find ambition together. In trade and tariffs — not to get ahead of ourselves in moves and measures, it is clear that China is our economic competitor, and this will be one of our central challenges in this century. One of the ways the president-elect wants to meet this challenge is by rebuilding our core areas of strength in the U.S. Early on you will see this in investing domestically in our people, in our economy, in our democracy, in building our industrial strength, and having a clearer strategy around how to secure supply chains. Secondly, we have to revitalize our alliances and partnerships around the world because we are taking a multilateral approach. When we are working with our friends toward common goals we can achieve more on behalf of the American people.”

“That’s certainly the goal,” said Deese. “When we think about global economic issues we are going to start with the perspective that we want to sit down with our allies to identify areas where we can work together. For instance, to put pressure on Beijing when they are violating the rules — we will be in a better position to do that if we are working together closely with our allies.”

Regarding tariffs, the director-designate noted that implementing tariffs is but a tool in a box of possible strategies that can be used to affect a certain goal or response. But they should not be used as a random option.

“We are going to start from the strategy of what are our goals are and what are our tools and then look at what we have. Part of the problem we have seen over the last couple of years is a lack of a coherent strategy and the application of tools in ways that do not exactly add up in a way that helps U.S. companies, U.S. workers and the U.S. economy. The business community is looking for a little more stability than waking up and reading a twitter feed that determines how their business life is going to have to change. Businesses need time for planning and changing and doing the right thing,” he said.

For instance, getting on the correct path with climate change will mean moving vast quantities of private capital into these areas and providing long term incentives to businesses to get on board. “Not only because it is more cost efficient today but also because it is going to be more cost efficient 10 years from now. So there is a value to providing stability in policy signals. Clarity and communicating clearly about why what steps we are taking fit into an overall plan or strategy is key.”

Deese also noted the new administration’s intention to bring skills and training to workers in the regions where the jobs are and will be. That will mean a public/private partnering with unions to provide apprenticeships in places where onramps are scarce. It also means strengthening and matching curriculums at community colleges and making those degrees and certificates more affordable to those who seek them. The new administration intends to work with Congress to make those investments happen.

“We are in middle of economic crisis that is different than 2009 and different in really important ways. It is having profound impacts and unequal impacts for millions of Americans. The choices and decisions we make over the next couple of months are going to have a profound impact not just on the shape of the top-line economic trajectory, but for millions of American families. So, focus is on how we can move quickly with all the force we can bring to stem this crisis and in the process build back better,” said Deese.