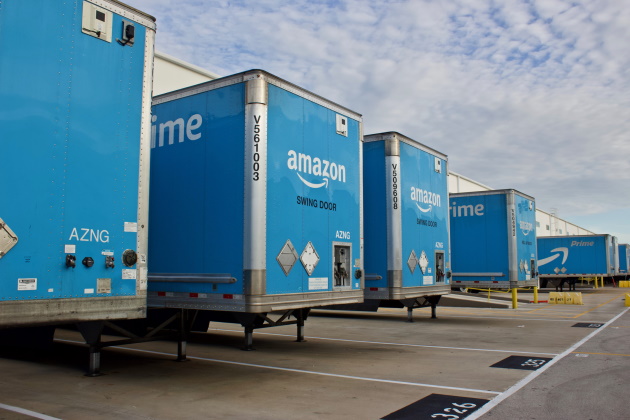 If there is one thing the coronavirus pandemic has exposed for small and medium-sized businesses, it is their near-universal competition with Amazon.

The online retail giant has come under increased scrutiny over recent months as the company’s stock has increased by over 60%. And now Canada is the latest country outside of the United States to take issue with Jeff Bezos’ behemoth.

The Competition Bureau of Canada announced recently that it will open up an investigation on the company stemming from “potential abuse of dominance” allegations coming from small businesses. Among the several examples cited by the Canadian government, Amazon’s recent activity to push certain products over others has come to the top of the list.

“[Amazon has] influenced consumers to purchase products it offers for sale over those offered by competing sellers,” one of the allegations reads.

Amazon has routinely pushed back at this notion in the past. The company maintains that it only “accounts for a fraction” of total sales in United States and abroad. It also dismisses the idea the company is pushing certain products over others on an ideological basis. Jeff Wilke, the global consumer chief for the company, questioned the incentives Amazon would have for emphasizing certain companies.

“Our success depends on their success,” he said.

It still does not change the fact that many small businesses, especially amid the coronavirus, are reliant on Amazon’s platform to ship products and generate wealth. Any tipping of the scales, as the allegations state, could be the difference between failure and survival for a business.

Amazon, just since January, has experienced a large uptick in overall valuation. The company was worth $920 billion, according to Forbes, in January. Now, since stay-at-home orders and quarantines became the norm, the company is estimated to be worth $1.49 trillion.

“Amazon has come under the microscope for having just too much market power and [allegations] that they're pushing around their suppliers," Bruce Winder, a retail consultant from Canada, said.

"[The Canadian government has] a lot more data, and they're a lot more scientific about it because ... everything they do goes on the web and it's easier to track and easier to analyze," he continued.

Canada’s government has said the investigation will be prompt and even-handed. It also indicated that a “third party” would come in and also evaluate the situation.

“The bureau’s investigation is ongoing and there is no conclusion of wrongdoing at this time,” a statement by the Bureau said.

Amazon’s only public comment on the matter has been that the company intends to “cooperate with the investigation.”

All of this does come at a time when many foreign entities have begun to look into Amazon.com. The European Union is currently in the midst of their own investigation that was started in 2019. The EU brought an antitrust complaint against Amazon.com and in recent months has formally initiated charges.

For reference, that investigation took over a year to bring anything formal to light. Canada’s investigation could work on a similar timeline.

The United States, with attorney generals from New York and California joining the fray, is also providing the company with legal trouble. The Federal Trade Commission has joined the two states in a separate investigate centering on the “online market.”