Can schools keep students focused with reductions to PE and recess? 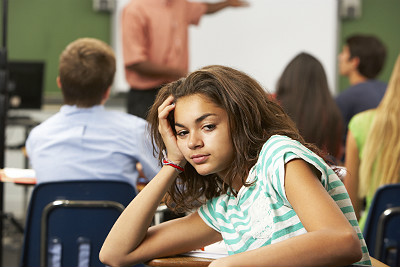 Reductions in recess and cuts in physical education classes have effects that go beyond children's fitness. The lack of physical activity has a bearing on learning ability as well.

That leaves educators in a quandary about how to increase movement while sticking to the lesson plan. Some are putting creativity to use in combining physical and mental health to get the most out of classroom time.

Numerous studies have determined essentially the same conclusion: physical activity assists in learning. Sure, physical education and recess bolster children's ability to learn. Schools have turned to activities from climbing walls to bicycling to yoga to unite education and healthy behavior.

But what happens when it's time to get back in the classroom? Is there a way for educators to make desks less confining while maintaining focus on lessons? There may be benefits in fidgeting.

While experts call for more research into the relationship between movement and learning, some elements already deal with that approach, in particular for students with Attention Deficit Hyperactivity Disorder. The Centers for Disease Control and Prevention puts the percentage of American children with ADHD at 11 percent, more than double the estimate by the American Psychiatric Association. Either way, it's believed that 6.4 million children age 4-17 have been diagnosed with the disorder, with about 6 percent being treated with medication.

One educator, Charles Spurlock, is out to fix what he considers a broken education model, combining sport and exercise to combat what he considers "educational incarceration" — in other words, children confined motionless in desks. In South Carolina, Spurlock has helped orchestrate unique classrooms — he calls them "brain rooms" — containing physical stations such as stair climbers and basketball hoops associated with academic tasks.

He's not alone in putting together physical and academic fitness. Here are a few of the elements that educators around the country use to keep students active.

Stationary bicycles: The expanded use of mobile devices in education allows adaptation of nontraditional forms of seating. With stationary bicycles, children can incorporate the electronics while gaining aerobic benefits of pedaling.

GoNoodle: These desk-side activities get children moving within lessons. The brief interactive activities are designed to provide short bursts of physical activity while studying math or language.

Howda chairs: These floor chairs, made from wood slats, allow for rocking and fidgeting while still providing support.

No matter the product, it's becoming clear that children need to move more throughout the day. What methods have you used in your classes to keep students focused?