Can airports survive the coronavirus crisis? 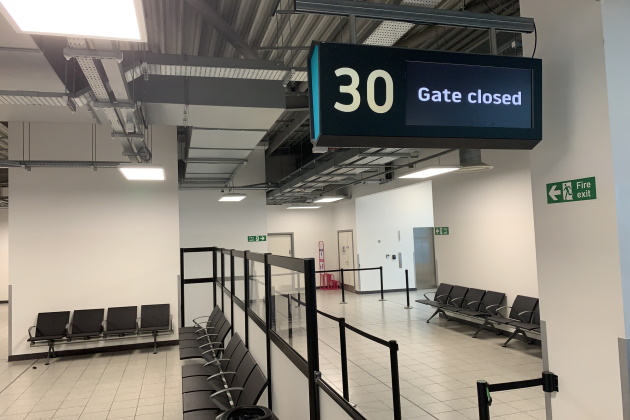 The ongoing COVID-19 pandemic is causing an unprecedented crisis among the aviation industry, and it is threatening to drastically change the landscape and future of airports.

With much of the world on lockdown and airlines effectively grounding their fleets, many airports are operating only a few key flights per day.

Other airports, like Paris Orly and London City, have closed completely, and others across Asia and the Middle East in particular have a ban on international flights. In Manchester and London Gatwick, passenger terminals are closing down.

One grim possibility for airports as a result of coronavirus is that many of the world’s airlines will not survive or will be forced to drastically reduce operations. What is a win for the environment will prove to be a huge loss for airport incomes through landing fees, passenger income and sales.

It will also mean the many expansion projects, new terminals and additional runways being planned and built around the world would all of a sudden be surplus to requirements.

As a result, many airports may not survive. U.K. chancellor Rishi Sunak reportedly wrote to airports stating that government support would only be possible once all other options had been exhausted.

However, the U.S. Congress has approved a $10 billion assistance package to airports to help keep staff in work, keep critical projects progressing, and assist with recovery.

Karen Dee, chief executive of the Airport Operators Association, said: “With passenger numbers approaching close to zero, U.K. airports have seen a major drop in revenue. They are taking unprecedented steps to safeguard airport staff and operations through this crisis... This could have major impacts for UK communities and businesses."

Of course, the aviation industry at this stage would be expected to recover, but this could come at a much slower pace and be set back perhaps decades as airlines struggle to rebuild and new carriers emerge from the ashes.

Some analysts are even predicting the death of business travel. After employees have experienced working from home and become used to the way technology can aid this, will face-to-face meetings and worldwide travel even be necessary? Similarly, the huge market in conferences held around the world could be curtailed as people avoid large crowds and look for alternative ways to network and do business.

A glance at any flight tracking website will show that, while most passenger airlines are absent, there are still many cargo flights operating. This is vital to tackling the current crisis and airports are going all out to accommodate extra flights and supply chains. Many passenger airlines have even converted some of their passenger fleets to carry cargo in the interim.

The International Civil Aviation Organization (ICAO) believes the recovery of civil aviation to be vital, with its president, Salvatore Sciacchitano, stating: “The Council of ICAO is calling on states and financial institutions to examine the best means of supporting sectoral stakeholders, airlines, airports, air navigation service providers, manufacturers, without prejudice to fair competition and by ensuring transparency.”

Hong Kong Chek Lap Kok is one airport which is proactively planning for its recovery by announcing a relief package intended to aid the aviation community. It includes a waiver of fees for parking aircraft and a contribution of air traffic control fees to help airport staff wages and training, retail tenants and aviation industry around the airport over coming months.

If airports are to survive, many will need to put together creative plans to support and sustain their operating environment, staff and customers. Others will undoubtedly be lost or forced to change their business model without government support.