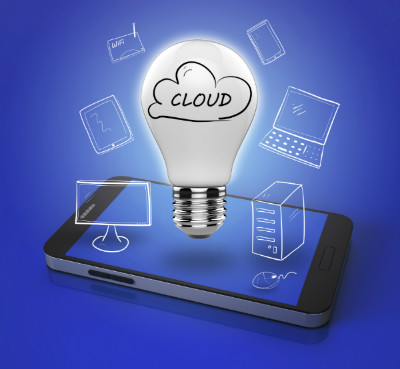 What started as a trickle seems to be turning into steady stream and may soon become a full-fledged flood. The newest Bluetooth speakers (such as the Logitech Z6000 and Moto DECK), Chromecast and the recently hinted (but not officially announced) update to Apple TV all have one thing in common: they allow multiple sources to easily connect and stream content. Basically, anyone can "bring your own" content.

This may be the start of a trend that changes both CE devices and the way we expect to consume content. Ads running both online and on-air are promoting the fact that when set to a certain mode, the new Moto DECK Bluetooth speaker can allow groups of friends to “steal” control of the speaker and interrupt a song in order to play one from a different playlist or device. At first, this seems like the cause of many a physical altercation after a couple of drinks. However, the bigger picture is worth taking into account. In short, multiple users can share a public device without a complicated process of unpairing and repairing sources.

The rumored update to Apple TV (version 5.4) follows a similar theme. With the new version of software, it is believed that friends will be able to show up at your house and stream content to your screen via Apple TV. When you think about it, this is just the modern, technologically advanced version of an old agreement from the VHS days. I’ll make dinner, you bring the movie. Likewise, Chromecast appears to support similar features allowing easy connection to multiple control devices.

If this trend continues to gain momentum, we may soon see "dumb" screens and speakers everywhere we go that allow us to stream and display the content that we already carry on our phones and tablets. Essentially, we’ll be allowed to bring our own content wherever we go. The most obvious use may be the business traveler's hotel room. The hotel simply provides Wi-Fi and a screen ready to accept streams from your mobile device, and the traveler will be able to see all of his or her favorite content without the hotel having to license video services or install a complicated system.

Taken to the extreme, perhaps the future isn't a phone with better speakers or a bigger screen, or smarter TVs with more features. Rather we may all carry a device with connections and storage, and only a simple, basic screen. The assumption would be that the screen will serve only as a user interface, while watching and listening will happen via other devices from Google Glass for personal use to public screens in hotel rooms or maybe even a screen at a restaurant booth that allows each party seated to bring their own content.

Many large corporations have recently come to accept or even encourage the "bring your own device" (BYOD) trend with phones, iPads and even laptops allowed to join corporate networks. We may be on the verge of new trend of "bring your own content" for streaming to stationary speakers or screens that are far better or bigger than anything we could (or would want to) carry around.

Mitch Weinraub is a leader in the new media technology and content delivery fields. In more than 20 years in the space, he has held leadership roles with PRIMESTAR, Comcast and Insight Communications. On his blog, The Evolution of Television, Mitch provides regular commentary on the changing TV landscape.

Is BYO content the next big trend in media?