Bumpy road for redevelopment getting smoother in Irving, Texas

The Heritage Crossing Redevelopment Project in Irving, Texas, has seen more ups and downs since it was conceptualized in 2006 than perhaps any other downtown revitalization project. But plans have started moving forward recently, giving hope that this area may finally reach its full potential.

Prior to the project, Irving's downtown area had gotten so bad that even longtime residents would avoid it at night. The City of Irving then made plans to stimulate the local economy by revamping the heart of downtown, and the Heritage Crossing Redevelopment Project was born.

The initial idea was to include public input and creative ideas along with community involvement so locals would feel involved in the resurrection of their downtown. Heritage Crossing spans across almost 48 acres and is bound by Shady Grove Road, Britain Road, West Pioneer Drive and MacArthur Boulevard.

But what transpired was much different than what anyone had anticipated. In 2008, residents became aware of plans to reshape the neighborhood by overhauling much of Heritage Crossing with new apartments, offices, storefronts and parking garages across nearly two dozen blocks.

The local residents, who loved the 20th century feel of the area, felt this was not revival but blatant destruction of their sentiments. The developer’s plans looked like a gleaming cosmetic retail replacement, which would completely erase all signs of "heritage" in the area.

These residents, therefore, founded the Heritage District Neighborhood Association, which would actively voice concerns and have direct inputs in the revitalization of downtown Irving. After a long stalemate, the city and the developer went separate ways in 2012, leaving behind no progress, development or revitalization — just debt. 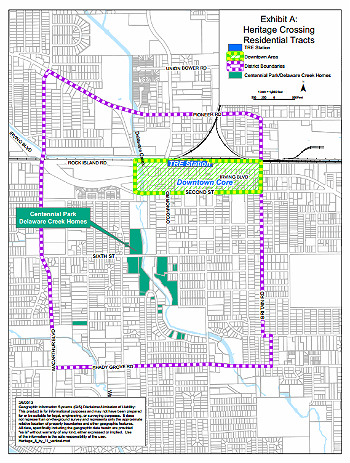 The downtown revitalization was mean to happen on 48 acres of land and across $32 million worth of projects. Over the five years of planning, the city had already spent more than $6.7 million in consulting fees, economic development agreements and land purchases.

The result of the stalemate and plans falling apart was not just delay and major setbacks in development of the project, but also more than $26 million of debt on top of what had already been spent.

Officials are once again trying to pick up the pieces and move on to revitalize the downtown area, but naturally residents are wary because of their earlier bitter experiences. The City Council has declared an organic plan for redevelopment as they hope to begin by selling off the empty buildings, houses, vacant businesses and tracts to future investors and developers.

The council hopes these investors will in turn set up thriving new businesses that will be resident-friendly and bring in business at the same time, transforming the rundown feel of the place to truly vibrant look. There are already some signs of economic revival as local businesses are opening up along the historic street.

The one thing residents and officials can agree on is that the area is primed for development, and there are opportunities waiting to be uncovered. Compared to many other downtown areas, Irving has a lower crime rate, good schools and even a low median value for real estate in the area. This makes it a feasible proposition for both residential and business development.

Earlier this year, Scott Polikov of Gateway Planning was invited to assess the area and present his thoughts. He shared these thoughts with Irving residents in February, after which the 20 acres of residential land were slowly put on the market.

City officials are now reviewing the bids from developers who can bring about the much needed change that everyone has been waiting for. Small signs of development and the baby steps toward revitalization are already making a difference.

Demolition of aging structures and the rise of new ones has helped reduce the blight and poor living conditions. This has eradicated the general look of desolation, which has gone a long way to improve crime rates and attract new businesses to the area, exactly what Irving residents and officials planned for. Hopes are high that they their dreams of downtown revitalization will finally find fruition.