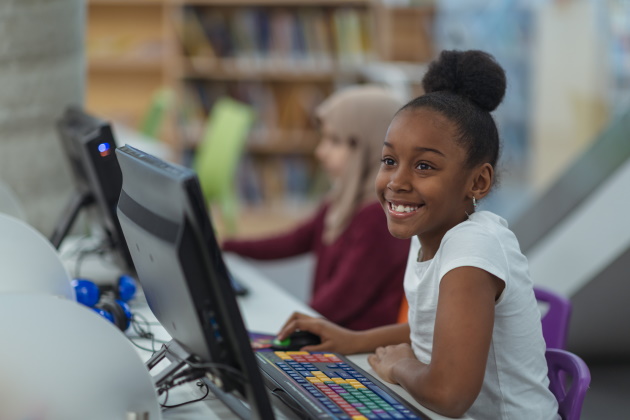 From paper waste to police brutality, 145 children and teens took a deep dive into the social issues that most concern them this summer. They studied news articles on their topic; learned about organizations working on the issue; studied the problems’ history and explored contributing causes; expanded out to related issues and narrowed in on specifics. Sounds like a good social justice project, right?

Yet it was the final product that took the work of students who took the recent STEM Kids NYC course outside the realm of what most expect from a social justice project.

No, there were no reports, posters, presentations nor a single PowerPoint or video — instead, each student (aka computer scientist) created a digital app to illuminate their issue and even motivate users to take action. Some even developed a game to drive home their message. The social justice issues that students chose included food insecurity, police brutality, sexual harassment, school-to-prison pipeline, mental health awareness, income inequality, financial literacy and sustainability.

The program, which is also offered this fall, gives kids as young as seven computer science experience as they build their own apps and games in JavaScript using Code.org and AppLab. 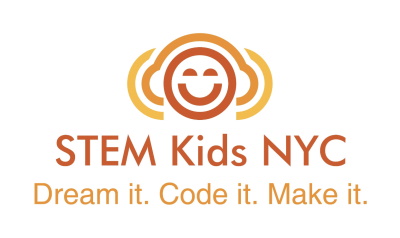 With the emphasis on urban schools, underrepresented populations and marginalized communities, STEM Kids NYC has been providing Science, Technology, Engineering and Mathematics (STEM) education since 2015 to close the gap between current science curriculum and the preparation students need to succeed in a STEM career.

Setting up an outlet for students to express themselves

The motivation for the course stemmed from a moment when founder Yvonne Thevenot, a former computer scientist, tried to imagine how it would feel to be a kid or teen now facing all that’s currently going on in the world.

Around her she saw students with strong emotions in the wake of COVID-19 closures, which removed familiar structures and safe spaces for many. As they grappled with that, police took yet another Black life with George Floyd shortly following Breonna Taylor’s murder, triggering the resurgence of Black Lives Matter movements. In many economically marginalized communities in the New York area like those her nonprofit serves, she knew that youth are already dealing with carceral systems in their high school and in their own neighborhoods where they’re being policed and overpoliced.

“I just knew that they needed an outlet, a way to process all they were witnessing or hearing — much of it, not PG rated. Some of our kids were having trouble sleeping,” explains Thevenot. “I really wanted to use education as a way to channel that anxiety, that trauma.” 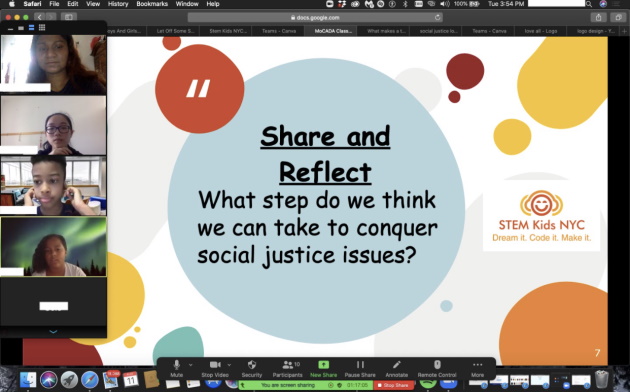 Developing students as activists for causes they believe in

The idea behind teaching youth to create a social justice app is to empower them and let them know that they can do something about an issue, as opposed to just being the spectator, she shares.

Thevenot previously taught a social activism component as part of STEM summer camp for youth on which she expanded to develop a formal curriculum to be taught by a team of science and technology teachers.

Teachers devoted the first segment of the six-week program to laying the groundwork for the students’ activism.

“To help them get underneath what was on the surface of their heart and into facts, I wanted them to really declare an issue that they felt strongly about, then we would take them through segments of doing research on that issue,” explains Thevenot.

“If you want to spark a movement, you have to be the one that has the most facts around it!” she adds, noting Greta Thunberg as an example of someone who has a vast wealth of information that didn't just come overnight.

That was the stance teachers took with middle school and high school students, which enabled them to build a more informed app around their issue. The purpose of their app, the end product, was to either illuminate the issue they’d studied or do some type of interactive engagement or education.

The outcome was beyond what Thevenot hoped for.

Students expressed surprise that they could combine computer science and technology with a real-world problem they care about. Most were so motivated by the project that they’re not only continuing with their app, but many plan to get involved with local organizations that are tackling their issue.

Laying the foundation for future success

As important as learning to code, do mathematics and everything STEM Kids NYC teaches is that young people, especially those from marginalized communities, begin to identify themselves as future engineers and computer scientists. Whether they’re 4 or 14, Thevenot and her teaching staff address students as “engineer” or “computer scientist” or whatever title applies to the subject they are studying.

Whether or not they decide to pursue a STEM profession when they are older is up to them, but this way they feel that it’s a real option for them. Simultaneously, they’re developing the belief and the skills and know-how to go with it.