Bringing mindfulness into the classroom 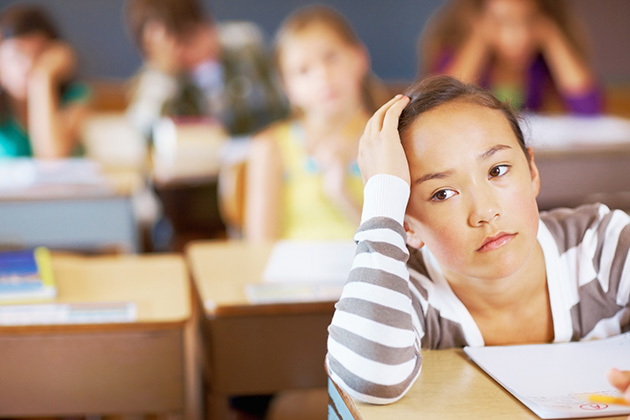 Imagine arriving home from work each day and being confronted with tasks to complete as soon as you walk through the door. As adults, we typically have a little bit of time to "decompress" after a long day.

On our commute home from work we may turn on some calming music or turn off all music and enjoy a few minutes of silence. Upon arriving home, we take a few minutes to get the mail, change our clothes, and take a few deep breaths before starting dinner or taking our own kids where they need to go.

Now more than ever, in a society where we are expected to be executing one task while simultaneously thinking of the next one, we as adults need time to be mindful.

Children are rarely afforded these mindful opportunities, and that needs to change. They often sit on a loud bus, enter their classroom, and are expected to get right to their morning work.

Time is a precious commodity, especially in a school that has budgeted every amount of available instructional time for various academic tasks. Crazy thought: What if, instead of giving children work to do as soon as they enter the room in the morning, they are offered choices to help regulate themselves while being mindful?

What if they were offered centers where they could be mindful? One station may have mandala coloring pages, and another may have a laptop or TV set up with an energizing yoga routine. Another station may offer children the opportunity to engage in sensory stimulation like modeling clay or putty.

What if they could have the choice to sit at their desk and write or draw in a journal with writing prompts about things they are grateful for, sometimes referred to as a gratitude journal. When done with mindfulness, these activities are a great way to help children regulate their emotions and be ready to learn.

Mindfulness in the classroom is quickly gaining momentum as an instructional strategy as more and more research points to its benefits to a child’s social emotional development, helping children reduce their anxiety with new ways to handle their feelings and emotions in academic and behavioral situations.

Earlier this year, the Harvard Graduate School of Education’s Grace Tatter reported that the Center for Education Policy Research at Harvard University (CEPR), MIT, and Transforming Education released a study that shows how mindfulness education in the classroom can reduce students' sense of stress and lengthen attention spans.

The study tracked two groups of sixth graders: One group participated in an eight-week mindfulness program four times each week, the other group did not. Students in the mindfulness group were taught anxiety-reducing techniques such as focusing on a rock for a minute, then discussing when their mind wandered and refocused on the rock.

Tatter reported, "after the eight weeks, the mindfulness group reported being less stressed than they had been before the mindfulness education, and better able to practice self-control."

Amazingly, the student responses were validated with brain scans that showed that the part of their brains that control emotion, known as their amygdalas, had a decrease in response to pictures of fearful faces after the mindfulness work. Tatter noted that this suggests that "their brains were less sensitive to negative stimuli, or, in other words, that they were less prone to get stressed out and lose focus."

The other group that did not engage in mindfulness did not see the same benefits during their brain scan tests.

It comes as no surprise that mindfulness in the classroom has become a growing trend in schools from coast to coast. In this 2017 MultiBriefs article, Brian offered tips on how to embed mindfulness into school programming. He wrote, "Students and adults of all ages can benefit from some explicit training and exposure to mindfulness as a way to reduce toxic stress and improve the health and well being of the body, mind and soul."

Mindfulness does not have to take a lot of time out of a school day. Teachers often report that their biggest struggle is fitting everything into the limited amount of time they have in a school day.

Instead of thinking of mindfulness as "something else to be added" to a busy schedule, teachers should think about the things they already do to help students get ready to learn and then do them in a mindful way.

Teachers should note that mindfulness is something that needs to be taught and practiced daily. They should practice mindfulness with their class not only to model the behaviors for their students but also to experience the benefits for themselves.

Mindfulness is a practice that should be embedded throughout the day — ideally three to four times. Each time only needs to take one to two minutes.

For example, teachers could have students listen to a quick guided meditation before an exam or after lunch or recess. When mindful activities become a regular practice, the benefits will be felt almost immediately by all.