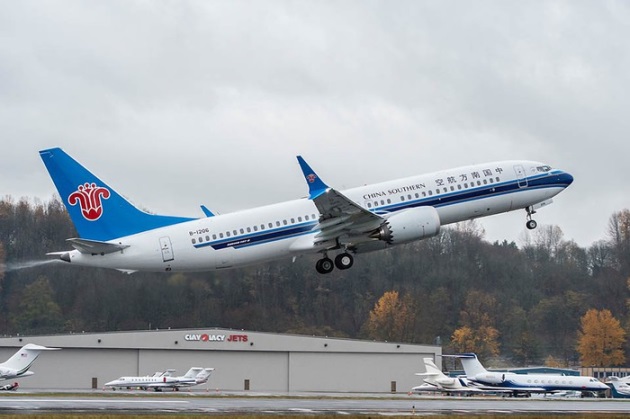 Boeing shares dropped 18% to $189.08 on March 11 — the largest single-day percentage drop in decades: “Boeing’s plunge shaved more than 284 points off the Dow Jones Industrial Average helping send the blue-chip index into a bear market.” Canceled orders are much to blame here, as the company reported February’s overall net order number was down 28 planes.

The one-time leader in the commercial aerospace industry, the company is the largest manufacturing exporter in the U.S. with products worth “hundreds of millions of dollars” requiring “thousands of suppliers.” Now, in an effort to stay afloat by preserving cash in a bear market awash with coronavirus uncertainty, the company has instituted a hiring freeze, with travel and overtime also halted for employees. Axios states that the Council of Economic Advisers has estimated that Boeing’s problems “...cut U.S. GDP in Q2 2019 by 0.4 percentage points.”

Boeing's performance impacts overall economic health, and we haven’t seen the worst of it yet.

These findings will make it harder for Boeing to defend itself in court against 7,000 Max pilots who have launched a class-action lawsuit arguing “that the company’s practices put the lives of pilots, crew members and passengers at risk.”

In fact, the one-year anniversary of Boeing’s Ethiopia crash was March 10. Now, a new interim report from Ethiopian Ministry of Transport’s Aircraft Accident Investigation Bureau shifts blame from the carrier or employees to the company and its faulty equipment, stating: “Boeing’s Maneuvering Characteristics Augmentation System (MCAS) made it impossible for crew to regain control of the aircraft.”

What will become of Boeing in the months ahead is intricately tied to successful coronavirus containment, as ongoing compensation and accountability measures are awaited by company employees and victims’ families.

Boeing union members are currently split on a new contract, while an employee has tested positive for coronavirus — placing unions on high alert as the company’s moves to secure workplace health and safety will be heavily scrutinized in an already hostile work environment.