Beyond experts: The power of groups to inspire, guide and heal us 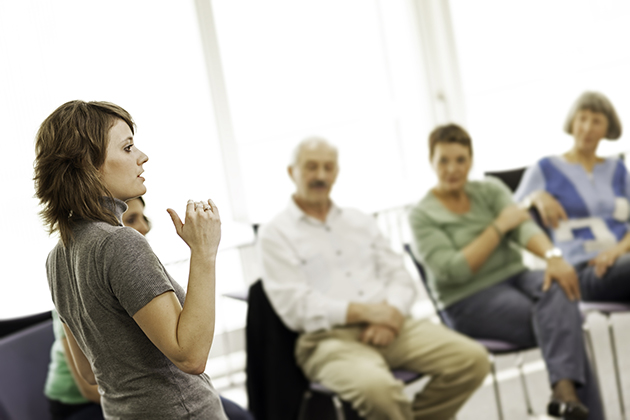 There are currently thousands of experts all over the world offering their ideas, opinions and suggestions about the problems in the world. Instead of helping us, they’re only dividing us and causing confusion.

We’re used to relying on experts to guide us. We’ve done it our whole lives. All too often, we expect them, in one way or another, to solve our problems and to “save us” from what’s causing us pain.

Those who are in a position of expertise are in a position of power in that they know something we don’t know. This is a set-up, in that we demand too much from these experts, almost expecting them to be perfect. The other pitfall is that relying on experts makes us dependent on them. We stop thinking and acting for ourselves — and we surrender our own ability to make decisions.

It’s clearly time for a change. The whole idea of experts leading us in a top-down system simply doesn’t work.

So, what’s the alternative?

According to cultural anthropologist Margaret Mead, the answer can be found in groups. She wrote, “Never doubt that a small group of thoughtful, committed, citizens can change the world. Indeed, it is the only thing that ever has.”

I personally have seen the benefits of running groups for 30 years. One group I facilitated a couple of years ago, called a Ben Franklin Circle, was particularly memorable due to its focus. A collaborative project of 92nd Street Y, the Hoover Institution, and Citizen University, the Ben Franklin Circles were created with the intention of “fostering civic participation, open dialogue, and ethics-based leadership” by having local circles throughout the U.S. gather each month to talk about Franklin’s 13 virtues. It was impactful because it was a way for neighbors to engage with each other in meaningful ways.

What is it about groups that work so well?

The most obvious reason is that groups eliminate the need to focus on one person. In a group context, everyone is an expert in something and as the group has a need for a particular expertise, each person will have the opportunity to emerge as a leader in that area. Everyone is equalized. A facilitator maybe necessary but may only function as a leader in that role.

The group is king.

Alcoholics Anonymous, which was founded in 1935 by Bill Wilson and Robert “Dr. Bob” Smith is a wonderful example of the power of groups to change lives. A vast array of 12-step groups followed the founding of AA by a few years, spawning from that original idea, including Narcotics Anonymous, Overeaters Anonymous, Sex Addicts Anonymous and dozens more. Lives have been saved, people have been kept out of mental hospitals and jails, families and marriages have been renewed and members have learned to create a life without the specter of addiction always nipping at their heels.

When looking at 12-step groups, it appears to be a set of ingredients, that when combined, create a formula people can use to get well. These include:

With the leaderless path, expectations are generally exceeded because individual agendas are surrendered and replaced by the more altruistic, life-affirming vision (e.g., getting sober and helping others get sober). There is also a kind of group “high” that happens opening everyone up to something much bigger than anyone could have accessed on their own. Once this is experienced, most people wouldn’t want to return to the more passive expert model again.

Of course, one has to resist the temptation or tendency to use the group experience to fuel an elitist or exclusive experience in which people feel special because they are part of this or that particular group.

To relieve this, it makes sense for the group to find ways to expand and become inclusive and to encourage those who don’t fit this group to create a new group. Elitist attitudes will only harm the group over time and, to keep the intentions of the group pure, many safeguards to replace ego-based separatist thinking with service-based community thinking can be put into place.