Behind the white coats: Looking at the lifestyles of today’s physicians 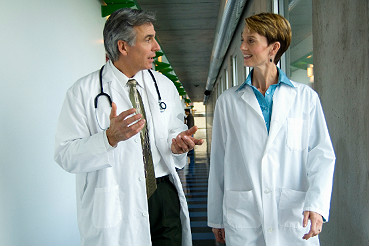 When we visit our physicians, we usually don't think about the commitment they made to be able to treat us — four years of medical school, three to seven years of residency, another few years of fellowship. Most likely, physicians have spent seven to 10 years of their lives preparing to practice medicine.

But that across-the-board time commitment doesn't make all physicians the same. In fact, a national survey of 125,000 practicing physicians revealed intriguing differences from finances and career plans to personal lifestyles.

Here are some of the relevant findings by the AMA Insurance survey:

The key findings of this survey revealed that there is no single profile for U.S. physicians when it comes to lifestyle but rather distinct profiles related to different age groups.

When it comes to student loans, 73 percent of physicians under age 40 years had debt after medical school, with nearly half owing $150,000 to $200,000 or more. And 83 percent are still paying off their loans.

Most of the survey respondents plan to continue practicing as they do now for the next five years; 23 percent under age 40 plan to change employers, and 44 percent age 60-69 plan to retire.

Retirement savings remain a top financial concern for all physicians. On average, only 6 percent consider themselves ahead of schedule in saving for retirement, with half behind where they would like to be. In hindsight, the majority of physicians would have sought a financial advisor, spent more time on financial planning and used different investments early in their careers.

Outside of work, most all age groups are highly active. Top activities include running/jogging, bicycling, aerobics and camping/hiking.

All in all, looking at physicians today, they have much in common, including medical school debt and education commitment. However, their profiles differ distinctly by age and gender, and this survey demonstrates a wide range of insights spanning home and family life to career plans and retirement.

About the survey: The national survey was sent to 125,000 practicing U.S. physicians up to age 69 years of age in October 2013. The respondent profile showed almost equal representation across age segments (24 percent ages 30-39; 25 percent ages 40-49; 29 percent ages 50-59; 22 percent 60-69); a 62-38 percent male-to-female ratio. 29 percent of respondents were in family medicine and internal medicine, 11 percent in pediatrics, 7 percent in obstetrics/gynecology and 53 percent in other specialties and subspecialties.