Baby boomers deserve a lot of attention from businesses, too 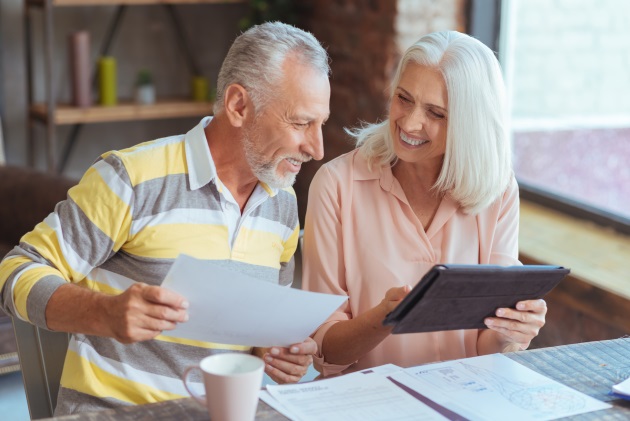 Jill Filipovic argues in her new book, “OK Boomers, Let’s Talk: How My Generation Got Left Behind,” that millennials have been going through tougher economic circumstances than any other generation since the Great Depression. I am neither a millennial nor a boomer, but the media coverage about Filipovic’s arguments got my attention.

The fact is, no matter if we are in the position of supporting or challenging Filipovic’s propositions, we cannot deny that we need boomers to boost post-pandemic consumption. Besides millennials and Gen Zers, baby boomers also deserve big attention from businesses.

Boomers have time and money

Boomers, now aged between 56 and 74 (or 77, depending on which cutoff point we are using), make up of 71.6 million of the U.S.’ population, according to July 2019 data from the U.S. Census Bureau and the Pew Research Center. Boomers are now behind the millennials in total population, whose population has reached 72.1 million.

While COVID-19 has pushed more people to delay retirement, about half of the boomers may have retired. Many of them are empty nesters, too, although 35% of Americans in their 20s are now staying with their parents or grandparents. Back in 2006, less than 24% of Americans in their 20s did so. The share of those in their 30s remains unchanged in the same period. Regardless, boomers need not devote as much time to work or to their children as the younger generations do.

Before the pandemic hit, reports showed that older workers make more money than younger ones. Starting at age 36, for example, workers’ median total income reached $50,000 a year. Their income increased to $67,500 at age 67.

COVID-19 has indeed made devastating impacts on the global economy. Still, the retired boomers are more likely to have a stable source of income (retirement) and more accumulated savings. The empty nesters tend to have more time for leisure activities.

The pandemic has significantly disrupted the travel and hospitality industry, but people want to travel. For coomers, 2020 was “a lost year;” they have been waiting for safe air and cruise travel.

Many boomers have postponed their trips. In some cases, they do not want to wait any longer simply because they are afraid their age or health conditions might not allow them to handle long trips anymore.

According to STR, the U.S. hotel weekly occupancy ending on August 1 was at 48.9%. That was a major improvement from the 22.0% occupancy back in late March and early April. The average daily rate for the week was $100.04.

Furthermore, weekend occupancy between July 31 and August 1 was 57.4%, much better than the weekday occupancy. Additionally, resort hotels were able to charge higher rates than non-resort hotels of the same scale/class category.

The above data suggests that people have begun traveling for leisure purposes. Business travels, which usually occur during the weekdays and in city centers, have not shown signs of recovery yet.

Boomers have time and money to spend on leisure activities. They can definitely help fill the empty rooms or empty airplane seats during the weekdays when the demand is low.

Retailers can benefit from the boomers, too

Major retailers have been forced to switch their focus to delivery and curbside pickup services. Some even decided to close during Thanksgiving and adjust holiday shopping hours.

Boomers can be very good at online shopping, too. According to a 2019 report at the Pew Research Center, there has been significant growth in tech adoption among Gen Xers and boomers since 2012. These two groups are not far behind the millennials regarding tech adoption in many measures. Marketing efforts that promote e-commerce activities should be adjusted to cover more than just millennials or young customers.

Gen Xers are ignored again?! They really should not be

Gen Xers, who are now between 40 (or 41) and 55, have an estimated U.S. population of 65.2 million. They are projected to surpass the boomers by 2028. Supposedly, Gen Xers are in their mid-career and make decent incomes. The older Gen Xers could be empty nesters, too. Most of all, they are still young enough to take on more adventurous leisure activities.

In the end, may I make a suggestion here? Instead of arguing which generation suffers the most, shall we embrace the differences among all generations? Let’s support one another, no matter if it is in good or bad times.