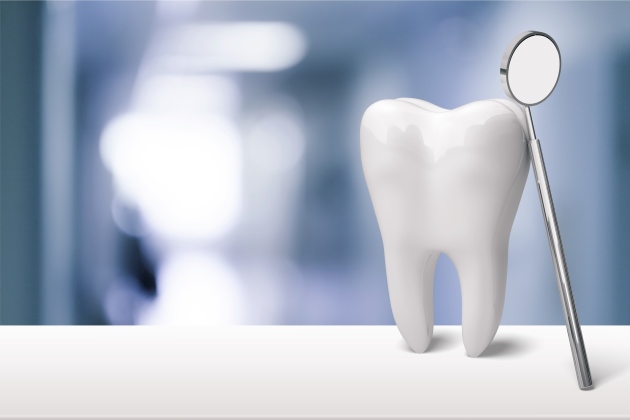 Massage chairs and a technology bar? It sounds like a sleek and modern hotel lounge, but it’s not. It’s Toothbar, a new dental practice in a trendy area of downtown Austin, Texas, that recently won first place in the“new build” category in the inaugural Design Innovation Awards by the American Dental Association.

The practice, which was built from the ground up by Dr. Lauren Jacobsen and Dr. Kimberley Barclay, was designed to appeal to young, professional Austinites.

The floor-to-ceiling windows offer a 360-degree view of different parts of the city. The exam and treatment rooms don’t have doors, just 12-foot-tall soundproof wall partitions with Sonos speakers installed for patient privacy.

Toothbar is the result of several years of hard work on the parts of the two dentists and friends who met while in dental school at Midwestern University College of Dental Medicine. They dreamed of one day buying an established practice together before changing their minds and deciding to go a different route.

Toothbar was designed with an open floor plan concept. Before and after their appointments, patients are welcome to visit the Toothbar Lounge, which has comfortable, reclining massage chairs and a lounge with a bar and snacks. When requested, patients can also get a pillow and blankets, and can charge their phone at a charging station.

“We decided we were just going to start our own practice from scratch,” Dr. Barclay said. “Some people were really shocked when we told them we would be starting anew. They would tell us that it would be incredibly difficult, but we knew we had a vision and that there was a need in the dental market for something different.”

Toothbar’s goal: to offer high-quality dental care and expertise in a way that redefines the way people think about going to the dentist.

Toothbar opened in April 2018 in downtown Austin in the Seaholm District, which was built to complement the newly redeveloped areas surrounding a historical power plant that closed in 1996. The area is brimming with young entrepreneurs and startups, said Dr. Barclay.

Since opening, the response has been overwhelmingly positive, Dr. Jacobsen said. They booked patients ahead of time, which meant that on the day they opened the doors, they had a full schedule of patients to see. Today, there’s a waitlist for new patients.

“Clearly there is a demand for the type of experience that we at Toothbar are providing,” Dr. Jacobsen said. “We’re looking forward to expanding our operations to serve even more Austinites.”

The ADA Design Innovation Award was just icing on the cake for these two forward-thinking dentists. Hopefully, they brushed their teeth after eating that cake!